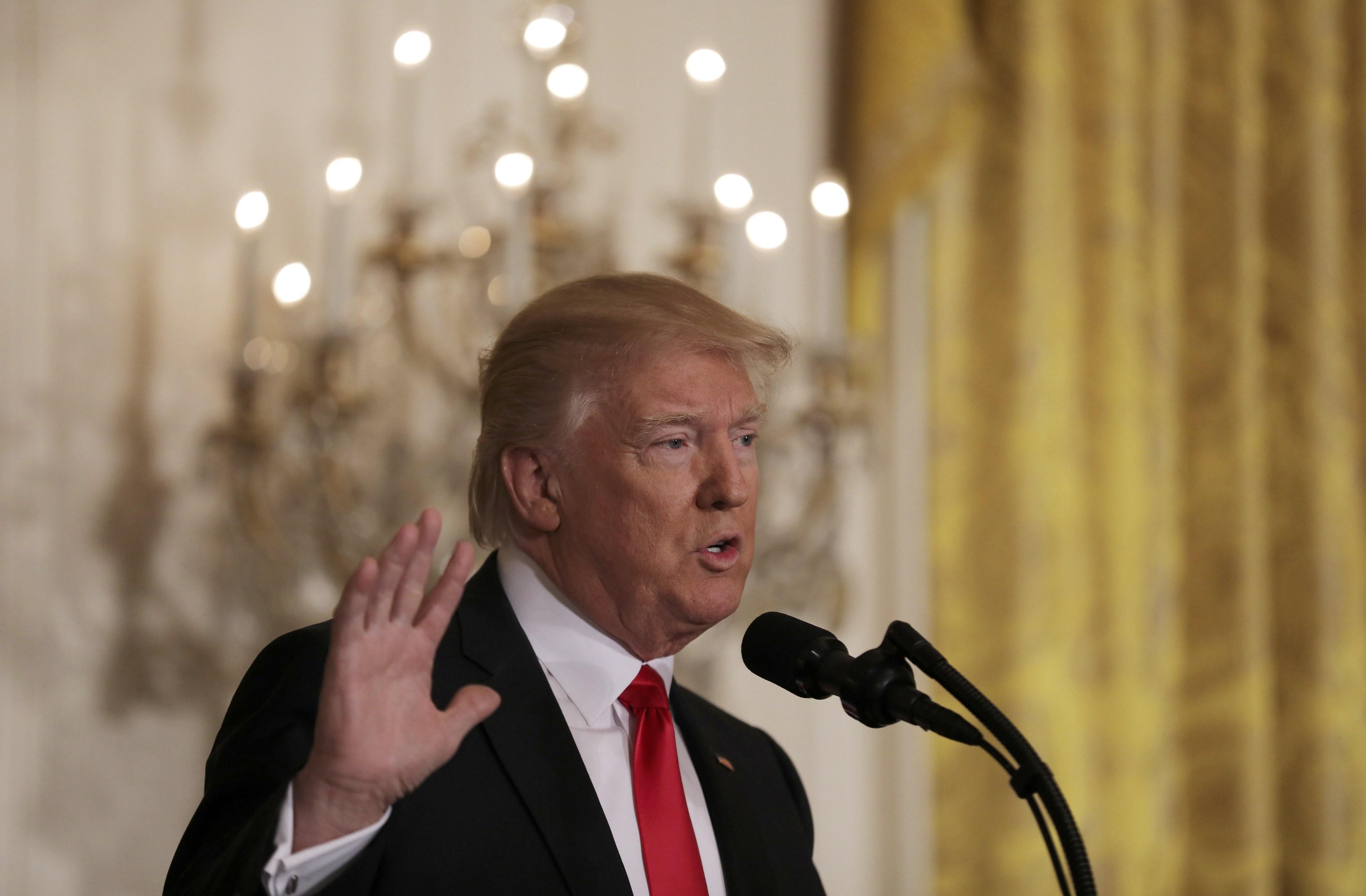 Asked about three examples of recent Russian aggression against the United States, President Donald Trump on Thursday offered no immediate response to Russia’s actions, saying that he was going to “see what happens” and that he would not be announcing any details of his eventual response.

“I’m going to see what happens,” Mr. Trump said. “They all happened recently and I understand what they’re doing … I’m not going to tell you anything about what response I do. I don’t talk about military response.”

The question about Russia came from CBS News’ Major Garrett, during Mr. Trump’s hour-long, freewheeling press conference at the White House. He mentioned three concrete examples of recent Russian actions: the Russian spy ship spotted 30 miles off the coast of Connecticut, its ballistic missile test and the Russian jet that buzzed a U.S. destroyer in the Black Sea.

Mr. Trump replied “not good” to each of those actions, but said he did not believe Russian President Vladimir Putin is testing him during his first weeks in office.

“All of those things you mentioned are very recent,” he said, “Because probably Putin assumes he’s not going to be able to make a deal with me because it’s politically not popular for me to make a deal.”

Mr. Trump repeated his claim that it would be “a good thing,...not a bad thing” for the U.S. to have a better relationship with Russia, and said he would also be criticized if he were “too tough” on the country.

Mr. Trump also commented on National Security Adviser Michael Flynn’s resignation, whom he said was dismissed not because he discussed sanctions with Russian officials, but because he lied about it to Vice President Mike Pence.

“I don’t think he did anything wrong, if anything, he did something right,” Mr. Trump said. “He didn’t tell the vice president of the United States the facts and then he didn’t remember, and that just wasn’t acceptable to me.”

He added that he “would have directed him” to discuss sanctions with Russian officials if he hadn’t done it anyway.

Mr. Trump also blasted a New York Times report saying several Trump aides had repeated contact with Russian officials during the campaign, saying it was “very much discredited” and that the entire topic is “a ruse.”