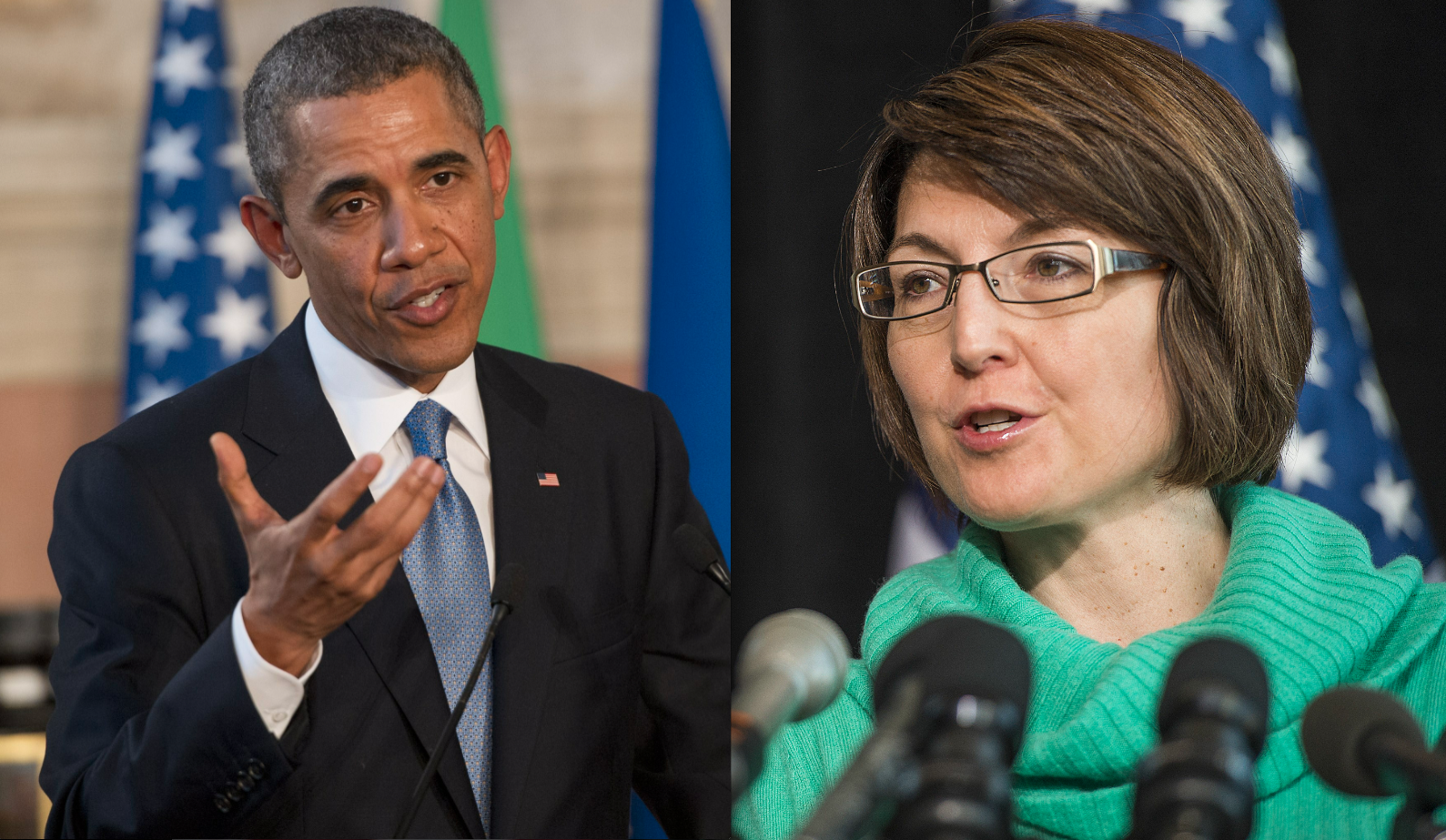 President Obama and Republican Conference Chair Cathy McMorris Rodgers, R-Wash., sparred over equal pay proposals Saturday, with the president accusing Republicans in Congress of blocking measures that would ensure women are paid fairly, and McMorris Rodgers insisting Democrats are all talk on the issues that matter to women.

In his weekly address, Mr. Obama said it's "an embarrassment" that in 2014 the average woman earns less than a man - "even when she's in the same profession and has the same education."

He touted the executive order he signed this week barring employers from punishing workers who discuss compensation, saying greater "pay transparency makes it easier to spot pay discrimination." And he cited other administrative action on overtime rules, the minimum wage and paid time off that would help "give every woman the opportunity she deserves."

But he could do more, he said, if Republicans would stop obstructing his agenda. "Just this week, Senate Republicans blocked the Paycheck Fairness Act, common-sense legislation that would help more women win equal pay for equal work," he said. "House Republicans won't vote to raise the minimum wage or extend unemployment insurance for women out of work through no fault of their own. The budget they passed this week would force deep cuts to investments that overwhelmingly benefit women and children - like Medicaid, food stamps and college grants."

On Wednesday, Senate Republicans successfully deprived the Paycheck Fairness Act of the 60 votes needed to advance. The measure, similar to Mr. Obama's executive order, would prevent employers from punishing employees who discuss their salaries, and it would also limit the factors an employer can cite to justify lower pay for a female employee.

Republicans said the bill would have only served to expose employers to frivolous lawsuits. "It's time for Washington Democrats to stop protecting trial lawyers and start focusing on actually helping the people we were sent here to represent," Senate Minority Leader Mitch McConnell, R-Ky., said Wednesday.

And on Saturday, McMorris Rodgers said all the talk from Democrats about equal pay for equal work is "just that - more talk."

"As a woman who worked at McDonald's to get through college, as the mom of two young daughters and as the elected representative of thousands of hardworking women, I have always supported equal pay for equal work," she said in the weekly GOP address. "And if a woman is being paid less than a man because of gender discrimination, that is both wrong and against the law."

"But for women across America, it's not just about equal pay," she added. "It's about achieving a better life. And the Republicans are acting on solutions to make that happen."

McMorris Rodgers - the highest-ranking woman in the House of Representatives - argued that women would benefit from the same economic policies that would grow the economy as a whole, pitching a series of familiar GOP proposals on job training, energy, health care and tax reform.

Republicans have offered ideas as part of a "long-term plan for jobs and growth," she said. "We hope the president and his party's leaders in the Senate will consider them."