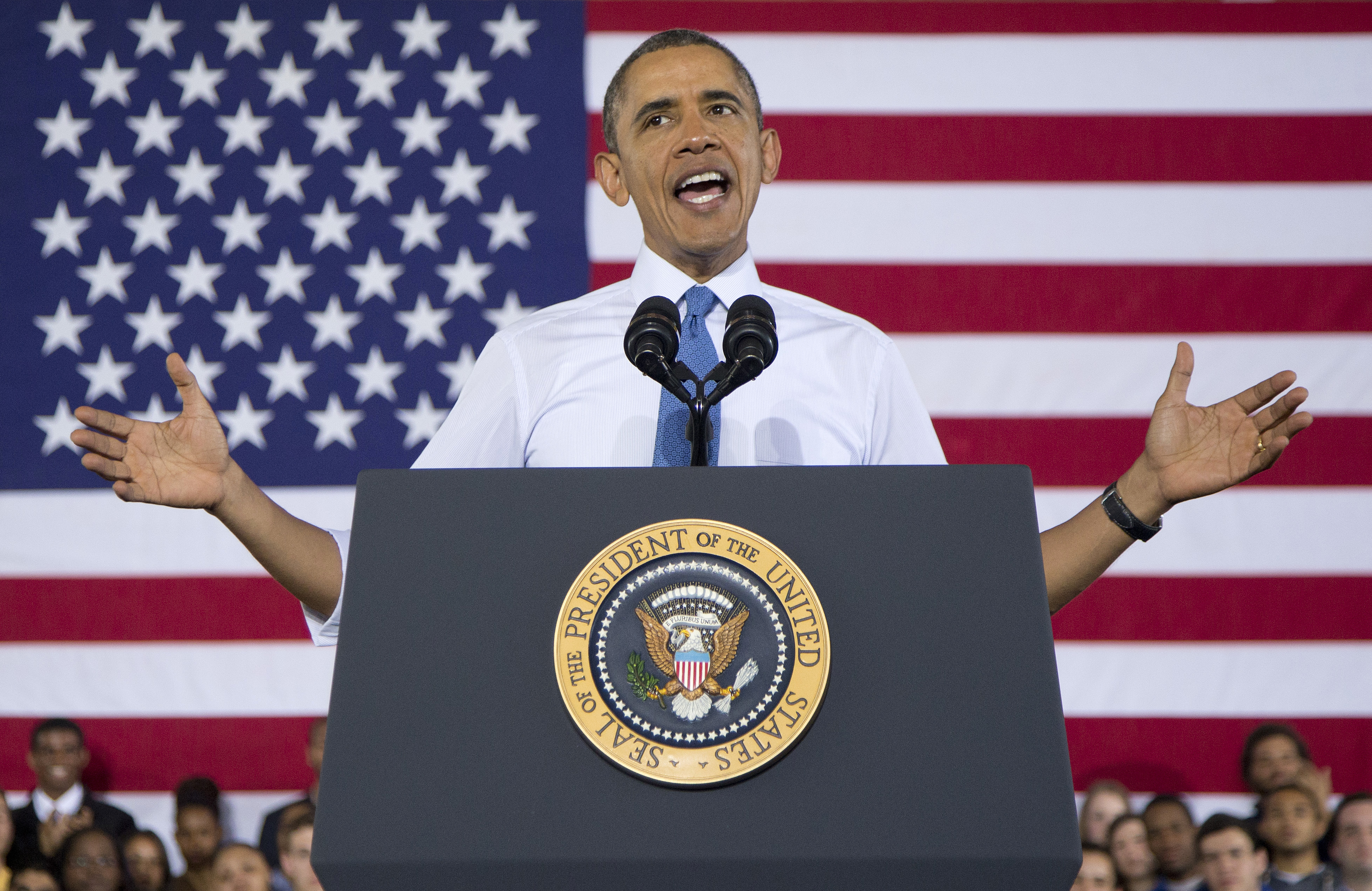 The latest piece of President Obama's agenda seeks to decrease the pay gap between men and women with yet another executive order that will affect only the workforce employed by federal contractors.

Mr. Obama is set to sign two executive orders Tuesday, which coincides with National Equal Pay Day. One will prohibit federal contractors from retaliating against employees who discuss their salaries, while the other will mandate that the Labor Department collect data on the compensation for federal contract workers, organized by race and sex.

Hampered by a Republican House that disagrees with his economic strategy, the president has already turned to the federal workforce twice to prove his commitment to pocketbook issues. Ahead of his State of the Union address in January, he announced he was raising the minimum wage for federal contractors to $10.10 an hour, the number he and most Democrats would like to see as the new number for all Americans. He is also using his executive authority to raise the pay threshold for federal contract workers who receive overtime.

The Senate Democrats, acting in tandem as part of a midterm-election focused legislative strategy, will begin debate on a similar paycheck fairness bill Tuesday. Democrats had hoped to hold a vote on the bill to coincide with Equal Pay Day, but it was delayed due to a debate with Republicans over the unemployment insurance benefits extension that passed Monday.

Federal contractors employ about a quarter of the nation's workforce, meaning the people affected by Mr. Obama's executive orders represent a smaller pool. But with few options for congressional action, it's the best path he has to get something done as well as to put forth a potentially winning message for Democrats in this year's midterm elections.

"It shows Obama's willingness to use executive power to underscore issues and to do whatever he can to move where Congress won't," said Norm Ornstein, a political scientist with the American Enterprise Institute. "The more issues out there where Democrats, led by the president, can put Republicans in a position where it looks like they're defending the indefensible or refusing to act in an area where there's a larger consensus, the more it makes a difference at the margins politically."

Republicans take a different tack, arguing that many of the president's policies won't actually help workers. On the minimum wage, for example, many GOP lawmakers cite a Congressional Budget Office (CBO) study that showed an increase in the minimum wage to $10.10 an hour could cost half a million jobs.

Other right-leaning groups argue that the White House's assertion that women only make 77 cents for every dollar a man earns is an overstated figure, in part because calculations don't' consider factors like college majors and the hours spent at work each day. But they also say the executive orders won't do anything to help women earn more, but will instead open up employers to more lawsuits.

"Even while the government just collects data, employers will be encouraged to see their compensation decisions through he eyes of a government bureaucrat," said Sabrina Schaeffer, the executive director of the Independent Women's Forum, which opposes the executive orders. The orders, she said, "will do nothing to promote fairness and certainly wont help more women to get a paycheck."

The White House, meanwhile, found itself defending its own pay strategies after a study by the American Enterprise Institute found that female staffers in the White House earn 12 percent less than men, on average, or 88 cents on the dollar.

White House spokesman Jay Carney noted that figure was better than the national average, but that there had been extensive efforts to ensure pay equity at the White House. Case in point, he said: the White House has both a male and female deputy chief of staff, who earn the same pay.

"Everybody at every level here at the White House is paid the same for the same work, male or female, and that is reflected at the most senior levels here, where half or more than half of the department heads are women," Carney told reporters Monday. "When it comes to the bottom line that women who do the same work as men have to be paid the same, there is no question that that is happening here at the White House at every level."