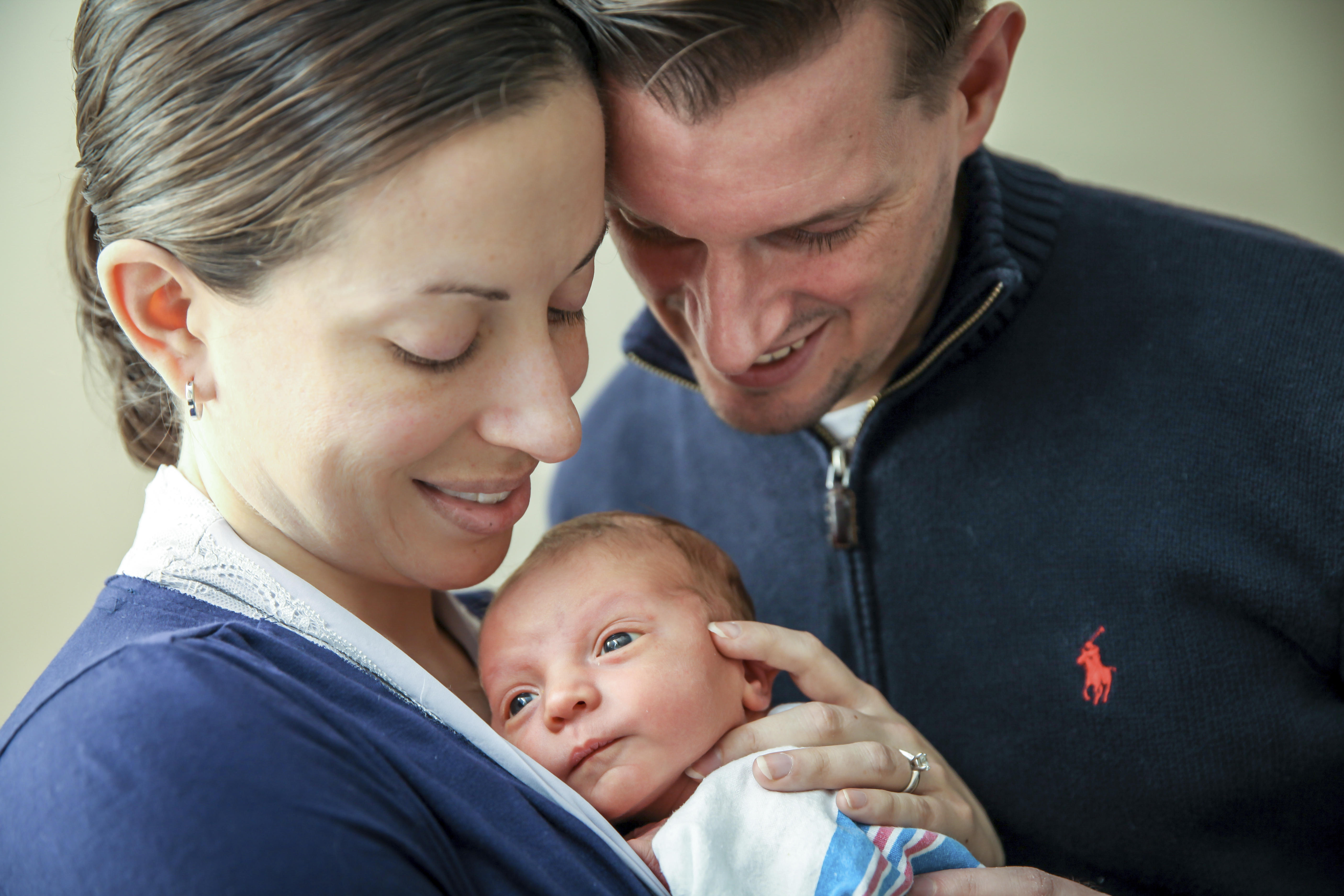 A study gives reassuring news for breast cancer survivors who want to have children. Those who later became pregnant were no more likely to have their cancer come back than those who did not have a baby.

It's a big issue — the average age of moms has been rising in the United States, and more women are being diagnosed with breast cancer in their childbearing years. About 11 percent of new breast cancer cases in the U.S. are in women under 45.

The study, done in Europe, is the largest so far on women whose cancers were fueled by hormones, which rise in pregnancy and theoretically, might spur a recurrence.

"Having a family is one of the most important achievements in a person's life," said study leader Dr. Matteo Lambertini of the Jules Bordet Institute in Brussels, Belgium. These results show that "pregnancy after breast cancer can be considered safe."

The research involved more than 1,200 breast cancer survivors. More than half had tumors whose growth was fueled by estrogen. After treatment, 333 became pregnant, about two and a half years after their cancer diagnosis, on average. Researchers compared them to 874 other survivors, matched for tumor type and other things, who did not.

More than 12 years after conception, recurrence rates were similar in both groups. Abortion had no impact on the rates either.

There was information on breast-feeding for only 64 of the moms, but 25 reported doing so successfully, suggesting it's possible for some women even after breast surgery.

The results show "fairly convincingly" that women don't have to worry, said Dr. Richard Schilsky, chief medical officer for the American Society of Clinical Oncology. The group featured the study at its annual conference that ended Tuesday in Chicago.

A big study underway now in the U.S. and other countries is taking this research one step further, testing whether it's safe for breast cancer survivors who want to get pregnant to temporarily suspend taking the hormone-blocking drugs like tamoxifen usually recommended for five years after initial treatment.

If they wait until all five years are past, they might be too old to have a baby, said Dr. Ann Partridge, who specializes in treating young women with breast cancer at Dana-Farber Cancer Institute in Boston. She is helping enroll patients in the study, called POSITIVE.

Participants must have used the hormone blockers for at least 18 months before stopping, and can suspend treatment for up to two years to enable pregnancy, delivery and breast-feeding.

Sarah Murray of Bridgeport, Connecticut, is the first U.S. woman in the study to have had a baby. She was only 29 and planning her wedding when her breast cancer was found in 2013.

"We had just set the date when I got diagnosed, the same week. So obviously, children was on our minds," Murray said.

Worries about triggering a recurrence if she got pregnant "did weigh on me quite a bit," she said, but "I didn't want the fear to have power over a decision that would bring so much joy."

Her son, Owen, was born in December.