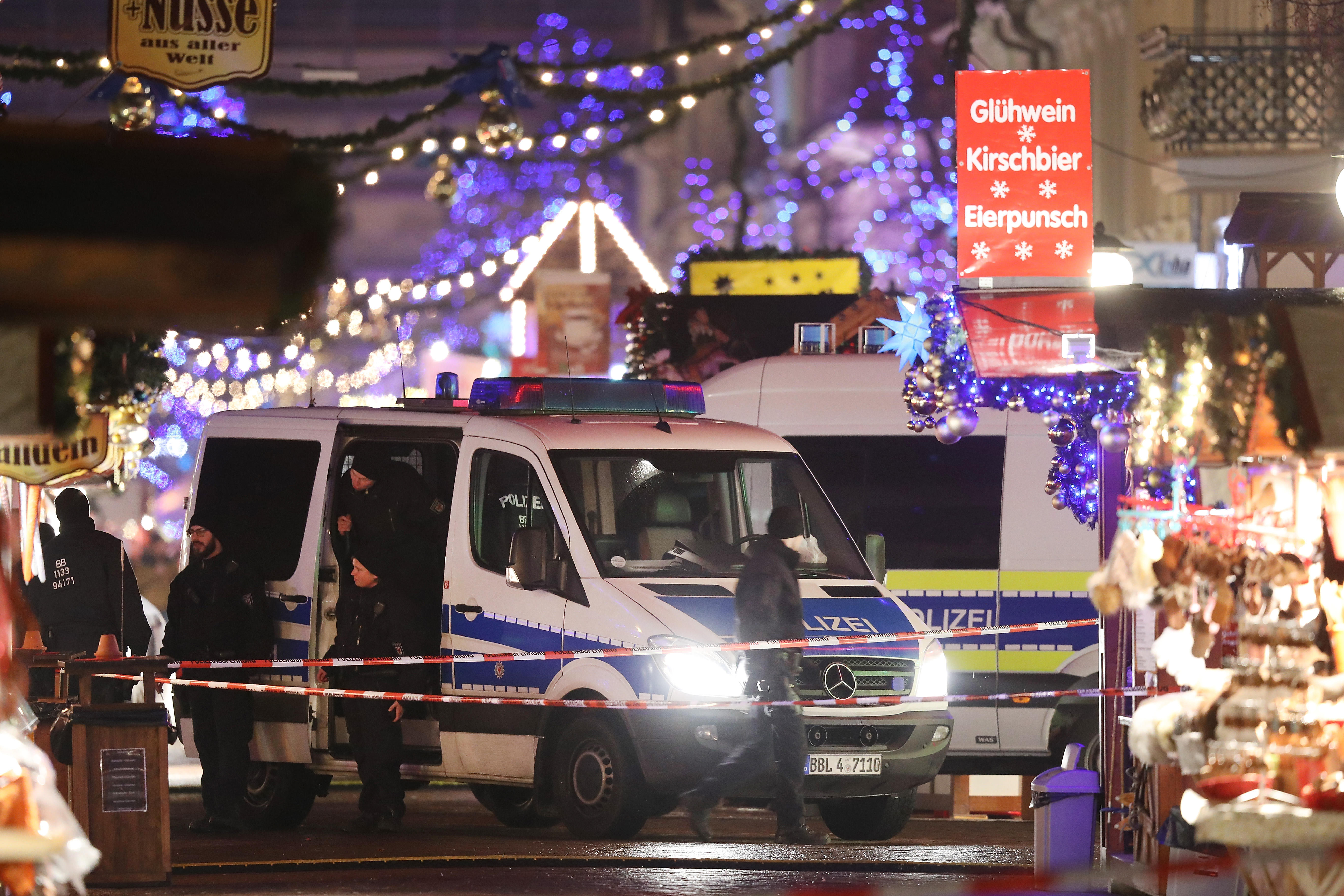 BERLIN -- A suspicious package containing nails that led to a bomb scare at a Christmas market in Germany was part of a blackmailing plot against a delivery company, German authorities said Sunday.

Brandenburg state Interior Minister Karl-Heinz Schroeter told reporters the package was part of a scheme to extort millions of euros (dollars) from delivery company DHL. It was delivered Friday to a pharmacy on the same street as the market in the city Potsdam and later destroyed in a controlled explosion.

Schroeter said the market itself most likely wasn't a target. The person who sent the parcel was still at large, he said. Officials declined to say if they had any clues about the sender's identity.

An online company in the town of Frankfurt an der Oder received a similar package at the beginning of last month.

Police initially said the package contained "a cylindrical object with cables, batteries and nails" but lacked an ignition mechanism and wasn't viable as a bomb. They now think it could have exploded, though didn't elaborate why.

Along with the device, the package held a letter that directed investigators to an online message outlining a blackmail plot and mentioning the parcel delivered to the Frankfurt an der Oder company, Schroeter said.

Further attempts to extort money from other companies or private individuals are likely, he said. An unknown sender, spelling mistakes or wires hanging out of a package could all be indications of a letter bomb, he said, adding that police had activated a hotline to field concerns.

"If you get a suspicious package, do not open it. That could lead to an explosion," Schroeter said.

The package triggered the evacuation of a popular Christmas market in downtown Potsdam on Friday afternoon. The market was re-opened Saturday with an increased police presence.

Germans are still tense almost a year after a terror attack on a Christmas market in Berlin killed 12 people. Markets across the country have heightened security this year, while the government has warned that Germany remains a target for extremists.