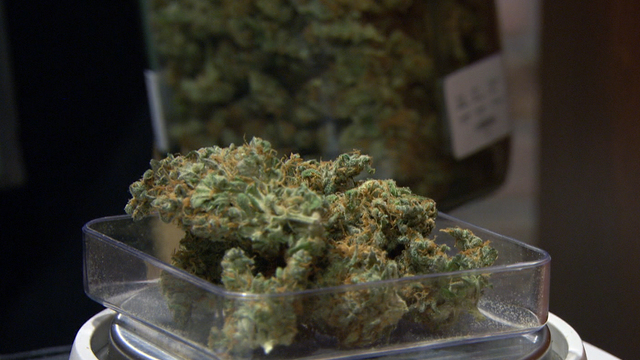 DENVER -- The Colorado Board of Health is considering adding post-traumatic stress disorder to the list of ailments eligible for treatment with medical marijuana.

If approved in a vote Wednesday, Colorado would become the 10th state to make PTSD a qualifying condition for medical pot. In addition, it would be the first condition added to Colorado's registry since voters approved medical marijuana 15 years ago.

The board has rejected PTSD petitions twice before, citing a lack of research. But this year, Dr. Larry Wolk, the state's chief medical officer, is recommending that PTSD be added on a four-year trial basis, so the outcome could change.

Wolk testified last year against such a move but now says his mind was changed by overwhelming evidence that people with PTSD have already been listed on the registry after citing severe pain as their ailment.

"We don't want people to suffer as a result of not being able to access (the registry) honestly," Wolk said earlier this year.

Colorado allows adults over 21 to buy recreational pot, with no doctor's recommendation needed. But medical pot is taxed at 2.9 percent, compared to at least 19 percent for recreational pot.

In addition, medical patients are allowed to possess twice as much marijuana - 2 ounces instead of 1 ounce.

Colorado had about 113,000 people on the medical marijuana registry in May, the most recent data available. About 6,300 were under 21.

Patients must get a doctor's recommendation for using pot to treat one of eight debilitating conditions, ranging from cancer and AIDS to severe pain and nausea. More than 93 percent of current patients list severe pain as their condition.

Colorado assembled a panel of doctors and medical marijuana advocates last year to review studies about the drug's medical potential. The new Medical Marijuana Scientific Advisory Council made its PTSD recommendation in April, saying the ailment could be added for a four-year trial.

Colorado has provided about $3.4 million for two medical studies involving the use of pot for treatment of PTSD. Those studies are just getting underway.