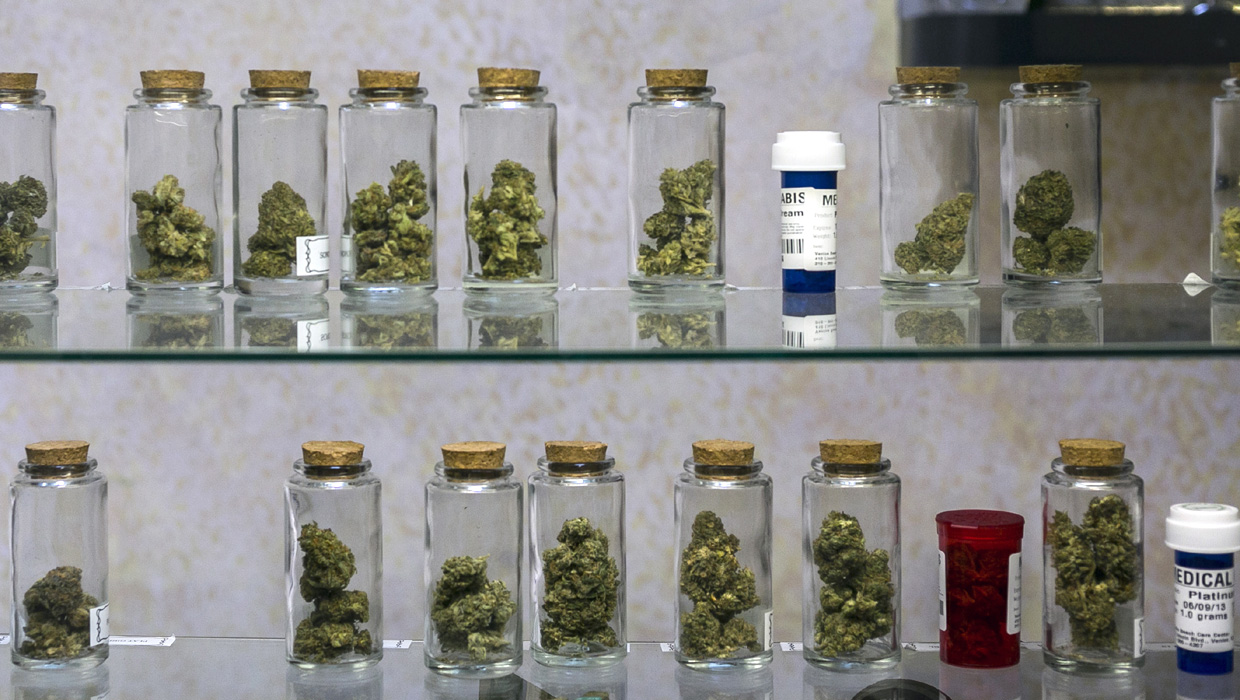 As legalized medical marijuana has become more widespread in recent years, many people worried that mixed messages and easier access might increase recreational use by teens. But new research may help ease those concerns.

The study, published in The Lancet Psychiatry journal, looked at data from surveys of over a million teens on marijuana use between 1991 and 2014. The researchers, led by Dr. Deborah Hasin, a professor of epidemiology at Columbia University Medical Center, found that although more teens did use marijuana in 21 of the states where medical marijuana laws were approved, the rate of use did not increase after the laws were passed.

"Our findings provide the strongest evidence to date that marijuana use by teenagers does not increase after a state legalizes medical marijuana," Hasin said in a news release. "Because early adolescent use of marijuana can lead to many long-term harmful outcomes, identifying the factors that actually play a role in adolescent use should be a high research priority."

This study focused on teens using marijuana recreationally in states that allow its use medically. The findings were based on student responses on an annual, confidential questionnaire called "Monitoring the Future," which surveys grades 8, 10 and 12, before and after medical marijuana laws were passed in those states. The research was funded by funded by the U.S. National Institute on Drug Abuse, Columbia University Mailman School of Public Health, and the New York State Psychiatric Institute.

The fact that adolescent marijuana use is higher in certain states may reflect the overall acceptance of the drug in their environment, according to researchers. A change in the laws may just be another result of such attitudes in those states.

"There's a lot of evidence that states that have passed these medical marijuana laws already have a population that's more...inclined to use it," said Dr. Christian Hopfer, an associate professor in the Department of Psychiatry at University of Colorado at Denver Medical School, who has authored studies and run programs on adolescent substance abuse.

Doctors have differing views on the long-term effects of marijuana on teenagers. Part of the reason is that research is only beginning.

"Given the legalization of marijuana that's sweeping the nation, it would just be good to know more about it," Hopfer told CBS News. "There's a hundred times more studies on alcohol and tobacco as there are on marijuana. So we're sort of, in many ways, operating in a vacuum."

The American Academy of Pediatrics opposes medical marijuana for adolescents, with some "compassionate use" exceptions for children with serious illness. They cite concerns over some of the known, and potentially unknown, long-term effects of the drug on teen brain development.

Dr. Hopfer agrees with that assessment, adding that risks may be greater based on age. "For adolescents there is a risk of both developing mental illness and developing a pretty substantial addiction," he said. "The earlier the onset, the higher rate of addiction and the higher the rate of mental illness. It's a really strong age effect."

Other experts point out that one of the biggest risks of adolescent marijuana use isn't just how it affects their physical health, especially for economically disadvantaged teens.

"From a public health standpoint, one of the most harmful effects of marijuana use is arrest. If you get arrested for drug possession, in many ways your life could be ruined," said Dr. Joseph Palomar, assistant professor in the Department of Population Health at NYU Langone Medical Center. "We don't want them using marijuana, we don't want them using cigarettes; definitely not alcohol, that's the most dangerous drug. We want to prevent it," he said.

The "Monitoring the Future" questionnaire wasn't designed to document changes in the source or potency of marijuana that teens report using. Researchers were careful to note other limitations, including lack of information about how teen attitudes may be changing toward marijuana, either seeing it as more acceptable or seeing it as less appealing or available because it is "medical."

But those in the field say they've seen evidence of more accepting attitudes toward marijuana across the country.

"It's sort like cigarettes used to not be a big deal," said Hopfer. "People would come in for treatment for alcoholism, but then keep smoking. It's very common to hear people say they intend to quit using heroin or cocaine or alcohol, but they're gonna keep smoking marijuana. I think it's totally, it has had this effect of trivializing the risk of harm from it."

"We do need similar papers and similar analyses to see if results are similar for recreational marijuana," said Palamar. "But, again, that will take a lot of time. We're living in a national experiment right now. "

There have been reports of an increase in drug violations at schools in Colorado, where both medical and recreational marijuana are legal for adults over 21, and CBS Denver reports the state will begin tracking marijuana incidents at schools.

Hopfer also believes we need more research and data to safely navigate a future where marijuana use is no longer an illicit activity. "It's a brave new world, nobody really knows what's gonna happen," he said.