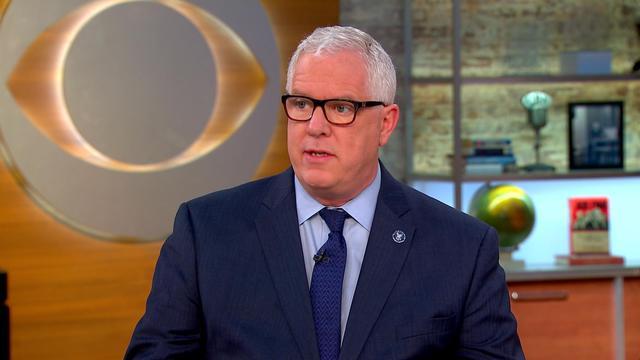 The suspect in an attempted bombing inside a pedestrian tunnel that links New York's Port Authority bus terminal to 11 subway lines has been officially charged with terrorism-related crimes. The homemade bomb went off at the height of Monday's morning rush hour near one of the world's busiest transportation hubs. Sources have confirmed to CBS News that the suspect, 27-year-old Akayed Ullah, claimed to be inspired by ISIS.

Ullah, who came to the U.S. from Bangladesh on a family visa six years ago, was taken to a hospital with injuries from the blast. Five others were slightly hurt in the incident.

"This is an individual who came from Bangladesh, was living here, went through a number of jobs, was not particularly struggling financially or under any known pressure, who was not on our radar at the NYPD, not on the FBI radar, and he's somewhat characteristic of what we've been seeing across the world which is somebody who turns up one day out of the blue," John Miller, NYPD deputy commissioner for intelligence and counterterrorism, told "CBS This Morning."

Monday's bombing came just over a month after a man mowed down pedestrians on a lower Manhattan bike path with a rented truck, killing eight and injuring a dozen others.

Miller said it's not only difficult to prevent these lone wolf attacks – it's "getting harder."

"Where the conspiracy is within the confines of their own mind, and that's a very hard place to get to. When you combine that with the fact that now these [cellphone] devices are encrypted so if you bring it to the manufacturer with a court order, even they've designed it so that they can't open it," Miller said. "You find yourself increasingly behind the eight ball as the terrorist organizations seize on this and increase the breadth and space of that propaganda that's meant to reach those people who are searching for something."

The suspect's homemade bomb raises concerns yet again about would-be terrorists' ability to make these devices at home.

How the tax bill will affect three American families