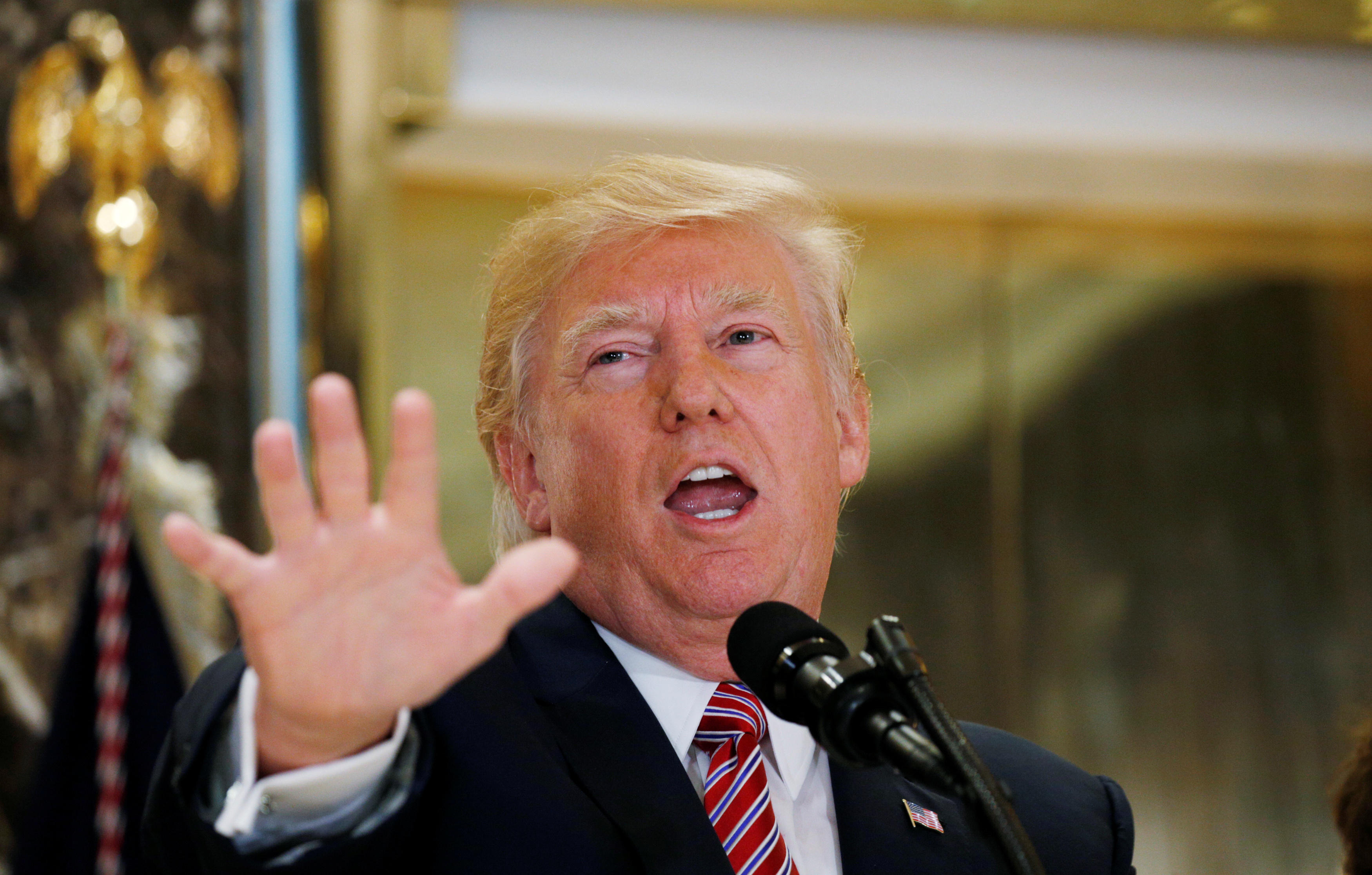 President Trump's reaction to the deadly violence at a white nationalist rally in Virginia last weekend drew considerably more disapproval than approval, according to a poll released Wednesday by the Economist and YouGov. Forty-two percent of respondents said they disapprove of the president's response, while only 27 percent said they approve. Thirty-one percent had no opinion.

In his first remarks on the violence, the president on Saturday condemned the violence and bigotry "on many sides" – a remark widely interpreted as a suggestion of moral equivalency between the white nationalists and the counter-demonstrators. On Monday, the president struck a more unequivocal tone, describing white supremacists, the Ku Klux Klan, and other hate groups as "repugnant to everything we hold dear as Americans." But by Tuesday, the president seemed to revert to his initial message, declaring in a combative press conference, "I think there is blame on both sides."

The violence in Charlottesville claimed three lives over the weekend. A young woman was killed on Saturday when a car driven by a white nationalist plowed through a crowd of anti-racist demonstrators. And a police helicopter that was deployed in response to the ongoing situation crashed later that afternoon, killing two law enforcement officers on board.

Results were decidedly mixed, however, on questions involving symbols of the Confederacy like the Confederate flag and statues of Confederate leaders. (The situation in Charlottesville was sparked, in part, by the city's plan to remove a statue of Robert E. Lee from a public park.)

The Economist poll surveyed 1,500 Americans between August 13 and 15, and it has a margin of error of plus or minus 3.1 percent.

Dr. Anthony Fauci, the head of the National Institute of Allergies and Infections Diseases, discusses the potential for more Ebola cases in the U.S.

John's Notebook: The real presidential test is not about IQ