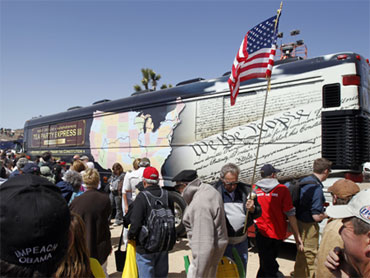 It also looked at the views of Tea Party supporters on race issues. Asked if too much has been made of the problems facing African-Americans, 52 percent said yes.

That compares to 28 percent of Americans overall who say too much has been made of the problems facing blacks, and 23 percent of non-Tea Party whites who say as much.