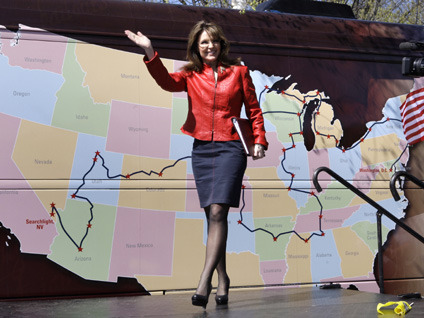 It remains unclear whether the Tea Party movement has a leader - or if it wants one, according to a new CBS News/ New York Times poll. But when asked specifically about a few notable figures, Tea Partiers named Fox News personality Glenn Beck and former Alaska Gov. Sarah Palin as favorites.

The poll showed that GOP Rep. Ron Paul of Texas is not as well-known, even though Paul could be credited for starting the Tea Party trend. Only 28 percent of Tea Partiers said they have a favorable view of him, while 56 percent said they hadn't heard enough about him.

Asked to volunteer their most admired political figure generally, no single person stands out among Tea Party supporters. As many as 29 percent offered no one or said they aren't sure. Former House Speaker Newt Gingrich leads the list of those mentioned, with 10 percent, followed by Sarah Palin with 9 percent, and former President George W. Bush and Mitt Romney at 5 percent.