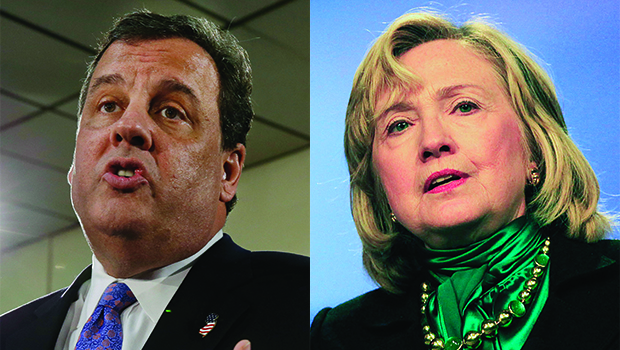 For two top presidential prospects in 2016, credibility could be a problem on the campaign trail.

According to a new Bloomberg News poll, 63 percent of Americans say they don't believe New Jersey Gov. Chris Christie's claim that he knew nothing about the George Washington Bridge controversy, in which his top aides ordered the closure of certain access lanes on the bridge in an apparent act of political retribution.

Former Secretary of State Hillary Clinton fares only slightly better when it comes to whether or not she knew about a request for additional security at the U.S. diplomatic compound in Benghazi, Libya, ahead of a 2012 attack. Clinton has denied knowing about the request, but more than half of Americans don't believe that.

That number includes a quarter of Democrats, 57 percent of independents and a full 77 percent of Republicans.

According to the Bloomberg News poll, Christie's popularity is down to 32 percent from 50 percent in June, before the bridge scandal unfolded.

Clinton would still beat Christie 52 percent to 39 percent in hypothetical head-to head presidential matchup, with independents favoring her by a razor-thin margin of 45-43 percent.