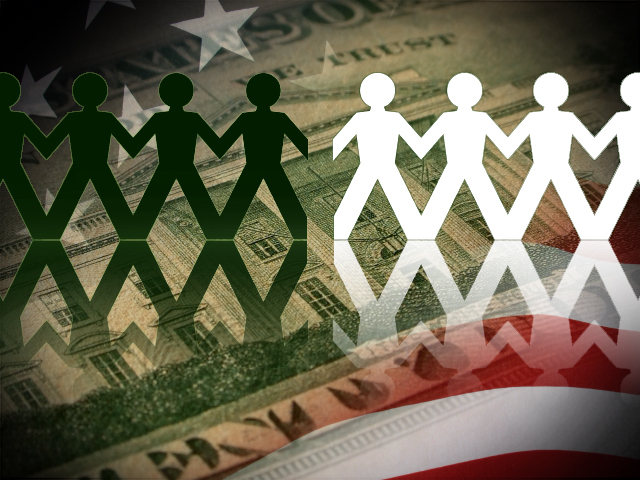 In the midst of a Republican presidential contest punctuated with discussion about African Americans and their use of federal assistance, a new CBS News/ New York Times poll shows that a plurality of Americans think the government doesn't pay enough attention to the problems of blacks and other minorities.

There are partisan differences as well. While most Democrats (55 percent) think the government is not paying enough attention to the needs and problems of blacks and other minorities, most Republicans either think it is paying the right amount (43 percent) or too much (29 percent).

As the economy continues to stall, President Obama's potential Republican opponents are lamenting the fact that the number of Americans relying on food stamps has reached record levels (that's true in part because the eligibility rules were relaxed under the George W. Bush administration). They've also tied discussions surrounding welfare programs to race.

Former House Speaker Newt Gingrich has taken to calling Mr. Obama the "food stamp president," and earlier this month, he called out the African-American community for being dependent on food stamps -- despite the fact that blacks make up less than one third of recipients in the food stamp program. Gingrich has since defended his remarks, saying they weren't intended to offend African Americans.

Similarly, former Sen. Rick Santorum said on the campaign trail this month that he doesn't want to "make black people's lives better by giving them somebody else's money." Later, Santorum stressed that he wants to make life better for Americans regardless of race.

Overall, the poll shows, 62 percent of Americans think race relations in the U.S. are generally good, while just 30 percent think they are generally bad. A majority of both white and non-white Americans agree.

A positive view of race relations in the U.S. reached an all-time high of 66 percent in April 2009 - shortly after Mr. Obama took office - and it hasn't dropped much since then. Today it is 37 points higher than the low of 25 percent, which was recorded in May 1992 -- right after six days of rioting that followed the acquittal of four white police officers for the beating of black motorist Rodney King.

When asked whether whites or blacks have the best chance to get ahead in today's society, most Americans (51 percent) say both do equally. Forty percent say whites do, and just 5 percent say blacks have a better chance to get ahead. Most whites (53 percent) think both groups have an equal chance, while most blacks (58 percent) think whites have a better chance.

This poll was conducted by telephone from January 12-17, 2012 among 1,154 adults nationwide. Phone numbers were dialed from samples of both standard land-line and cell phones. The error due to sampling for results based on the entire sample could be plus or minus three percentage points. The error for subgroups may be higher. This poll release conforms to the Standards of Disclosure of the National Council on Public Polls.