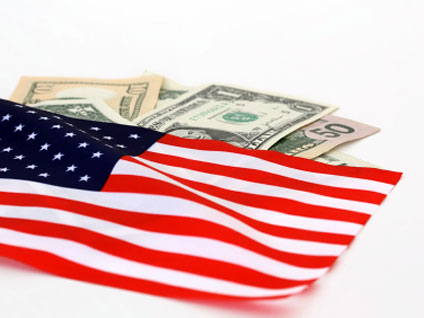 A majority of Americans favor limits on both how much money individuals can contribute to political campaigns and on how much outside groups can spend on advertisements designed to influence an election, according to a new CBS News/New York Times survey.

Individuals are currently allowed to give $2,500 to each candidate or candidate committee during an election cycle, and $30,800 to a national party committee each election year.

In this election cycle, super PACs backing various presidential candidates - though not officially affiliated with them - have already spent millions on ads to prop up or tear down a candidate. In the CBS News/New York Times survey, Americans were told that groups that are technically unaffiliated with candidates can spend unlimited money on advertisements during a presidential campaign, and asked if such spending should be limited by law.

Sixty-seven percent of respondents - including clear majorities of Republicans, Democrats and independents - said yes. Only 29 percent favored the unlimited spending on advertising from outside groups now permitted by law.

Race relations and the role of the federal government
The economy, the president and the general election
The Republican race for the nomination

1,021 interviews were conducted with registered voters and 340 with voters who said they plan to vote in a Republican primary. Phone numbers were dialed from samples of both standard land-line and cell phones. The error due to sampling for results based on the entire sample could be plus or minus three percentage points. The margin of error for the sample of registered voters could be plus or minus three points and five points for the sample of Republican primary voters. The error for subgroups may be higher. This poll release conforms to the Standards of Disclosure of the National Council on Public Polls.