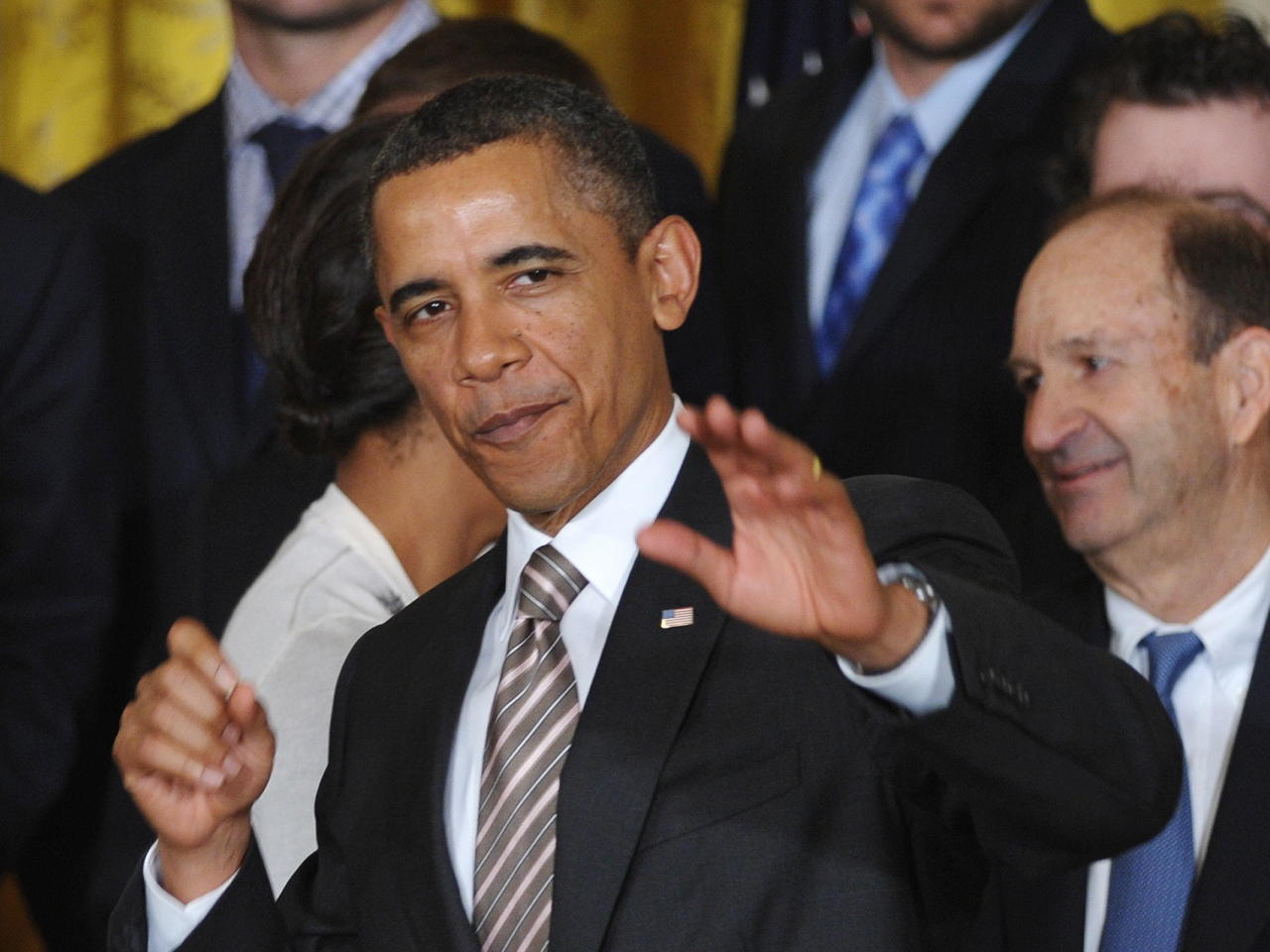 Of those surveyed for the poll between January 12 and January 17, 45 percent said they disapprove of the job he is doing. Aside from an uptick after the killing of Osama bin Laden last spring, the president's approval rating has held fairly steady, at just below 50 percent, for much of the last year and a half.

However, the poll does suggest Americans are happier with Mr. Obama's attempts to reach across the aisle and work with his political opponents. Most - six in 10 - said the president is trying to work with Republicans in Congress in order to get things done, and many say that effort is not reciprocated.

Only 27 percent of those surveyed said they thought Republicans in Congress are trying to work with President Obama.

That compromise is what Americans seem to crave most - 85 percent said they want to see both Democrats and Republicans work together and even compromise some of their positions in order to get things done, including those of all partisan stripes.

This poll was conducted by telephone from January 12-17, 2012 among 1,154 adults nationwide. 1,021 interviews were conducted with registered voters and 340 with voters who said they plan to vote in a Republican primary. Phone numbers were dialed from samples of both standard land-line and cell phones. The error due to sampling for results based on the entire sample could be plus or minus three percentage points. The margin of error for the sample of registered voters could be plus or minus three points and five points for the sample of Republican primary voters. The error for subgroups may be higher. This poll release conforms to the Standards of Disclosure of the National Council on Public Polls.