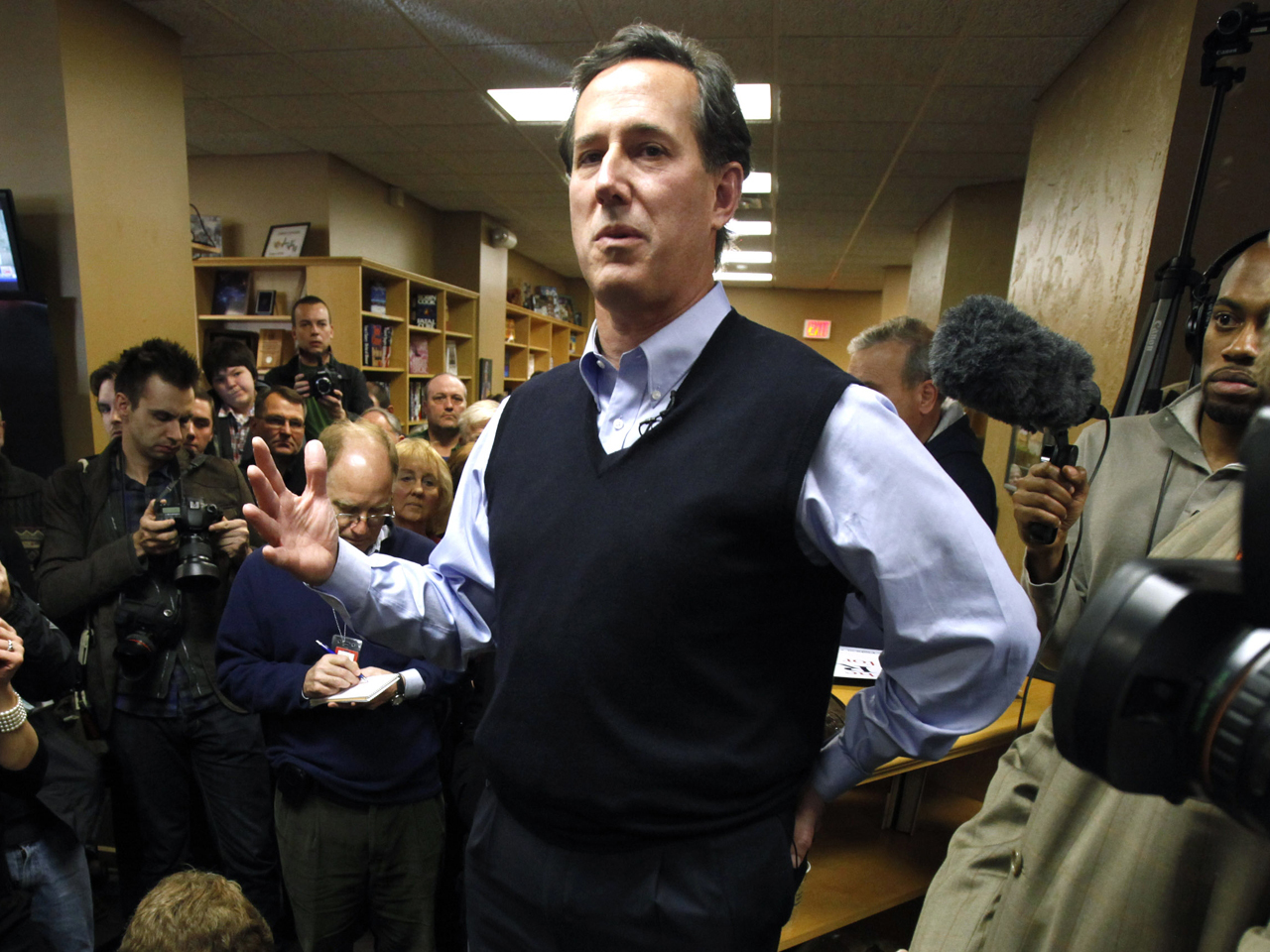 At a campaign stop in Sioux City, Iowa on Sunday, Republican presidential hopeful Rick Santorum singled out blacks as being recipients of assistance through federal benefit programs, telling a mostly-white audience he doesn't want to "make black people's lives better by giving them somebody else's money."

Answering a question about foreign influence on the U.S. economy, the former Pennsylvania senator went on to discuss the American entitlement system - which he argued is being used to politically exploit its beneficiaries.

"It just keeps expanding - I was in Indianola a few months ago and I was talking to someone who works in the department of public welfare here, and she told me that the state of Iowa is going to get fined if they don't sign up more people under the Medicaid program," Santorum said. "They're just pushing harder and harder to get more and more of you dependent upon them so they can get your vote. That's what the bottom line is."

He added: "I don't want to make black people's lives better by giving them somebody else's money; I want to give them the opportunity to go out and earn the money."

"Right," responded one audience member, as another woman can be seen nodding.

"And provide for themselves and their families," Santorum added, to applause. "The best way to do that is to get the manufacturing sector of the economy rolling again."

It is unclear why Santorum pinpointed blacks specifically as recipients of federal aid. The original questioner asked "how do we get off this crazy train? We've got so much foreign influence in this country now," adding "where do we go from here?"

When asked about the comments in an interview with "CBS Evening News" anchor Scott Pelley, Santorum said he wasn't aware of the context of his remark, but mentioned that he had recently watched the movie "Waiting for Superman," which analyzes the American public education system through the stories of several students and their families. (The students and their families portrayed in the movie represent several races.)

"I've seen that quote, I haven't seen the context in which that was made," Santorum told Pelley, of the Sunday remarks. "Yesterday I talked for example about a movie called, um, what was it? 'Waiting for Superman,' which was about black children and so I don't know whether it was in response and I was talking about that."

Santorum stressed that he wants to make life better for Americans regardless of race.

"Let me just say that no matter what, I want to make every lives [sic] better - I don't want anybody - and if you look at what I've been saying, I've been pretty clear about my concern for dependency in this country and concern for people not being more dependent on our government, whatever their race or ethnicity is."

CBS News found that of the people on food stamps in Iowa, only nine percent are black and 84 percent are white.

Just days ago, the Pennsylvania conservative raised some eyebrows while talking about diversity at an event in Ottumwa, Iowa.

"I was at a debate with Howard Dean and we were asked what was the most imp quality of America and he said diversity. Diversity? Have you ever heard of e pluribus unum?....The greatness of America is people who are diverse coming together to be one," Santorum said. "If we celebrate diversity, we lay the groundwork for that conflict. We need to celebrate common values and have a president that lays out those common values."

Tolleah Price and Naureen Khan contributed to this report.