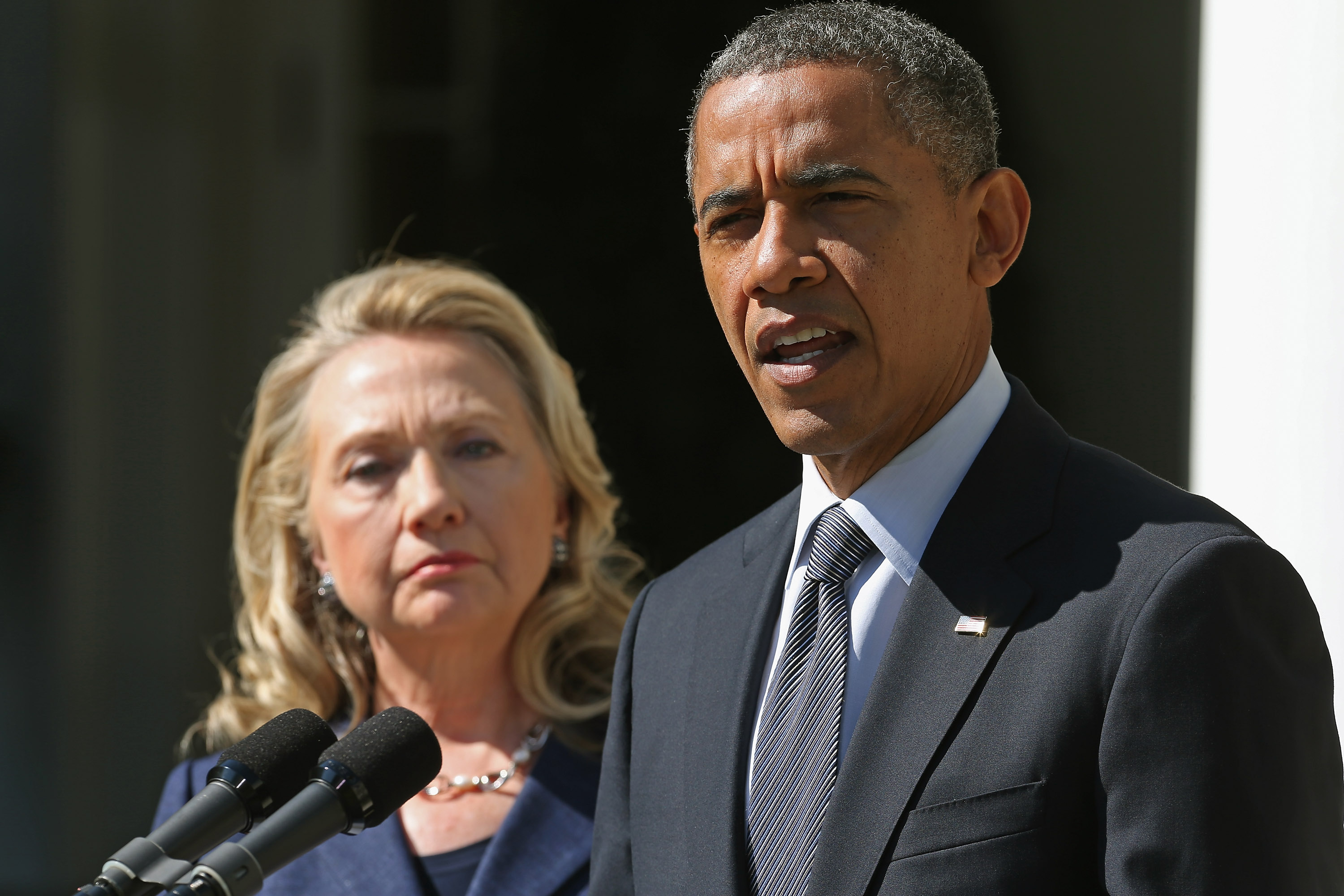 (CBS News) The attack on the U.S. consulate in Benghazi, Libya, has become a contentious issue in the presidential race, with Mitt Romney accusing the president of misleading the public about whether the attack was an act of terrorism.

Shortly after President Barack Obama spoke to State Department employees about the attack on the consulate, he sat down with "60 Minutes" for a previously scheduled interview.

It had been about 14 hours since the attack, and the president said he did not believe it was due simply to mob violence.

"You're right that this is not a situation that was exactly the same as what happened in Egypt," Obama said, referring to protests sparked by an anti-Islam film. "And my suspicion is that there are folks involved in this who were looking to target Americans from the start."

Shortly after that, Obama stepped into the Rose Garden and spoke of the killing of four Americans as if it were a terrorist attack.

"No act of terror will ever shake the resolve of this great nation," Obama said in his Rose Garden remarks.

The president was reflecting the judgment of U.S. intelligence, which, according to one official, concluded in the hours immediately after the attack that it was an act of terror.

But four days later, Susan Rice, the U.S. ambassador to the U.N., appeared on "Face the Nation" and made the attack sound more like a violent demonstration than an act of terror.

"Soon after that spontaneous protest began outside of our consulate in Benghazi, we believe that it looks like extremist elements, individuals, joined in that effort with heavy weapons of the sort that are unfortunately readily now available in Libya post-revolution. And that spun from there into something much, much more violent," Rice said.

Over that same weekend, U.S. intelligence began to uncover evidence that there had not been a protest outside the consulate. That new intelligence did not get to Rice before she appeared on the Sunday talk shows, making her the target of Republican accusations the administration was trying to cover up the terrorist attack.

Three days later, Matthew Olsen, the head of the National Counterterrorism Center, was asked point-blank whether the raid was a terrorist attack.

"I would say yes. They were killed in the course of a terrorist attack," Olsen told Congress.

It was the first time an administration official had said it so directly, even though U.S. intelligence had believed it almost from the start.