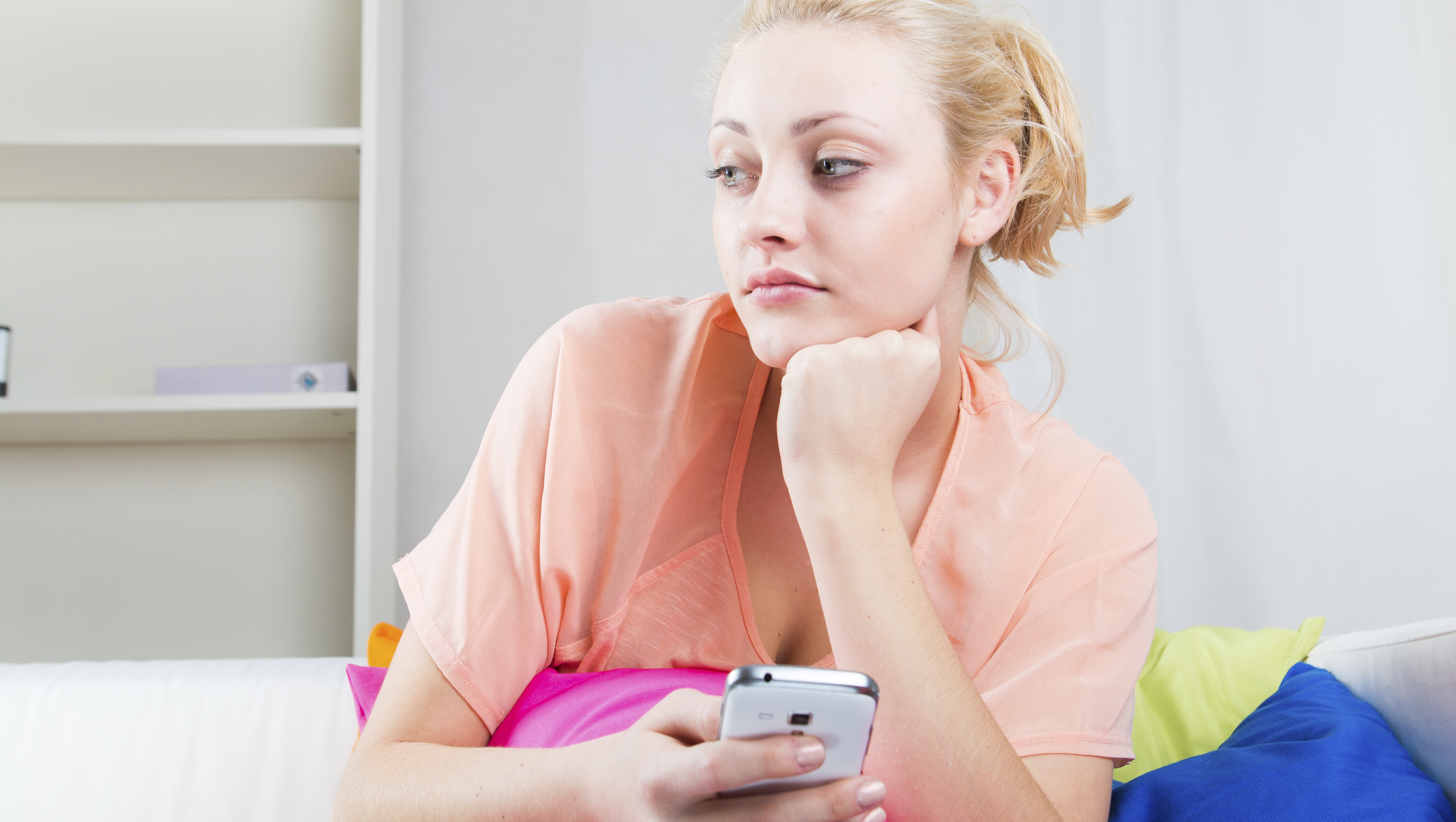 More and more people are using their smartphones to monitor their health, tracking everything from calories consumed to daily step counts to sleep quality.

Now, a small study from Northwestern University suggests smartphone usage data can even be used to detect depression.

The research found a link between depression and the amount of time a person spent using a smartphone, as well as the number of locations the user visited in a given day (as measured by GPS tracking). The results were published today in the Journal of Medical Internet Research.

"Depression has long been diagnosed and evaluated primarily based on patient reports of symptoms," senior study author David Mohr, director of the Center for Behavioral Intervention Technologies at Northwestern University Feinberg School of Medicine, told CBS News. "Unlike many other medical problems where there are biomarkers, objective data has not been available. I think what we're seeing here is that behavior -- people's movement through geographic space or phone usage -- can potentially serve as objective data that can inform evaluation of depression."

The researchers looked at 28 men and women aged 19 to 58 and tracked their mobile phone habits for a two-week period through an app. The tracking was passive and users did not have to input any information on their own. Before the tracking began, the participants filled out a standardized questionnaire measuring depression.

The phones' GPS tracking also revealed clues to depression. Spending most of the time at home and visiting fewer locations was also associated with depression. And the researchers found having a less regular day-to-day schedule -- leaving the house and going to work at different times each day -- was also linked to depressive symptoms.

"This makes sense clinically," Mohr said. "When people are depressed they tend to lose motivation to engage in life and they tend to withdraw. We speculate that the relationship between increased phone use -- most likely app use, not communication -- and higher depression is a reflection of people tending to use the phone to distract themselves from emotional pain or to avoid stressful situations."

In addition, he said, the findings are consistent with a lot of research showing that people who are depressed tend to have disturbances in other circadian rhythms. "Their sleep becomes less regular, eating habits become less regular, and we think here, mood and loss of motivation may pull people off their usual patterns of movement."

The authors note several important limitations, including the small size of the study's sample and the inability to prove a cause and effect relationship. It's not clear which comes first or how patterns change over longer periods of time. And just because you spend a lot of time on your phone does not mean you are depressed.

But experts say the research has real-life implications when it comes to evaluation and treatment of depression.

"The study is very preliminary, but it is exciting," Lee Ritterband, director of the Behavioral Health and Technology Lab at the University of Virginia Health System, told CBS News. "I imagine what the researchers ultimately want to do is create a better and more easily deliverable assessment of how people are doing mental health-wise so that they can then deliver interventions to those folks in a way that reduces the burdens of getting treatments they might otherwise not get."

Ritterband, whose research focuses on the development of Internet interventions for various behavioral health issues, was not involved in the study.

Indeed, the study authors said that although the research would need to first be tested on a larger scale, it could one day lead to a method for clinicians to better assist their patients.

"Ultimately we see several potential uses," Mohr said. "One is to monitor people who are at risk, to identify when they are likely to start getting depressed so that they can receive treatment more promptly. Another is that such data may be useful in the context of treatment, to supply information back to treating physicians."

Mohr also said the research may be useful in developing the next generation of apps for depression: "Apps that can sense risk states, positively reinforce behaviors that are likely to improve well-being, and offer timely suggestions when risk states are detected."

But when it comes to actual implementation of such programs in a healthcare setting, experts say that still may be some time away.

"I think technologically we're not that far off," Ritterband said. "I think what's much further off is the policy and politics around it. In the U.S. people have no kind of health insurance reimbursements for these eHealth interventions. That's starting to happen in other countries -- in the UK and Australia, for example. But in the U.S., until we get insurers on board for covering these types of care it will be really hard. If they were to make the decision that this is a low-cost, high-effective, high-value proposition, this could happen very quickly."

Future research at Northwestern will focus on whether getting people to change their behaviors linked to depression improves their mood.

"We will see if we can reduce symptoms of depression by encouraging people to visit more locations throughout the day, have a more regular routine, spend more time in a variety of places or reduce mobile phone use," Sohrob Saeb, another author of the study, said in a statement.