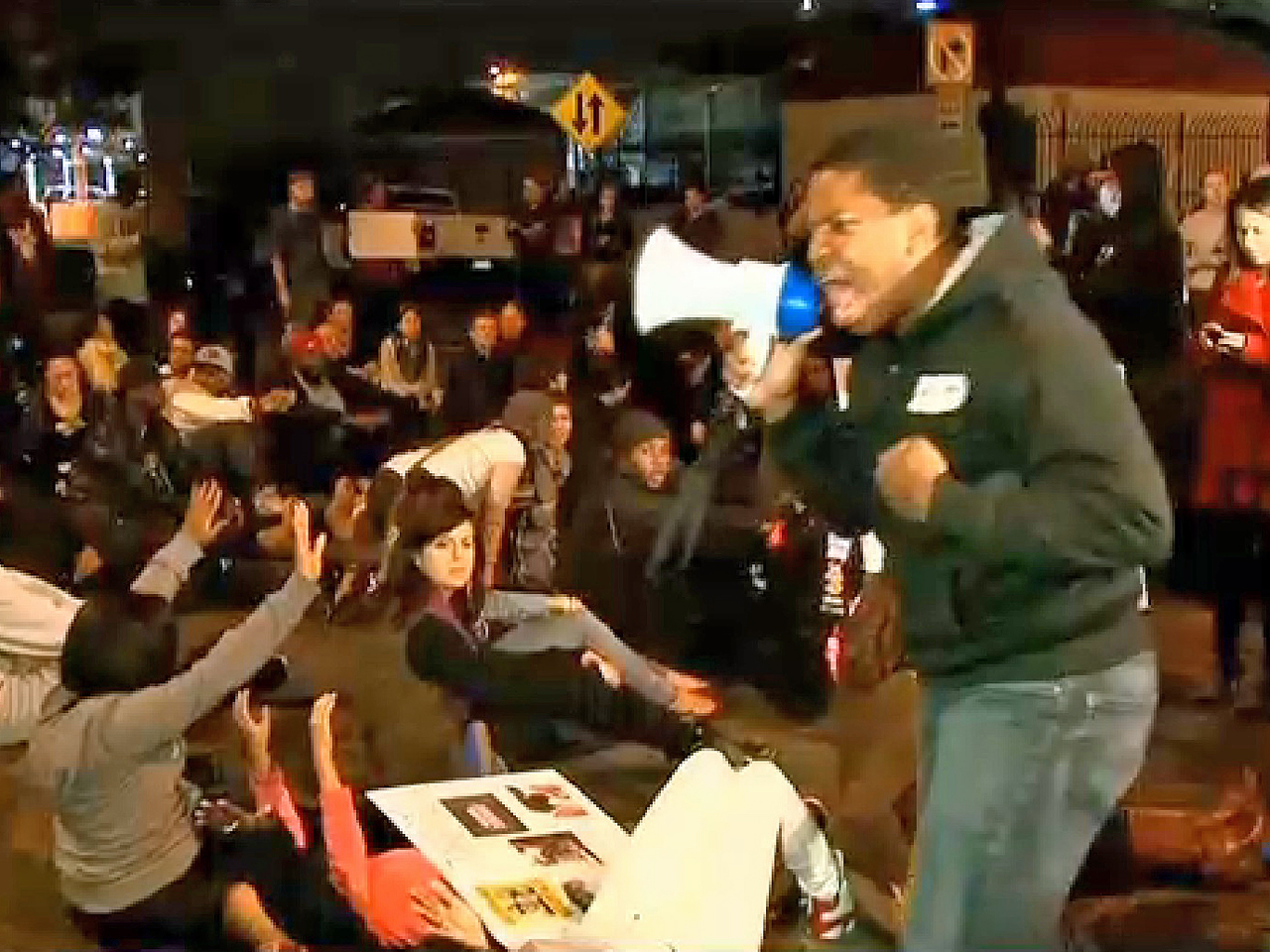 PHOENIX -- The deadly shooting of a black, unarmed drug suspect by a white Phoenix police officer who mistook a pill bottle for a gun demonstrates the challenges law enforcement agencies face at a time of unrest over police tactics.

Phoenix police say the officer feared the suspect was armed during their struggle, but some critics say the officer went too far. Despite the department's efforts to be transparent with information, protesters planned a vigil and march Thursday night against the fatal shooting of 34-year-old Rumain Brisbon.

In part, demonstrators were demanding that police release the name and background of the officer who shot Brisbon. The officer has only been identified as a 30-year-old officer who is a seven-year veteran of the department.

Tuesday's shooting was the 19th time this year that a Phoenix police officer opened fire on a suspect, according to KPHO.

The police chief and top prosecutor in metro Phoenix met with the president of the NAACP's Maricopa County Branch and other civil rights leaders in the hours after the incident, which came as emotions are running high in New York, Missouri and elsewhere over what protesters call heavy-handed law enforcement efforts.

"We are worried, we're concerned, and we're upset, and our trust is not there," said Dr. Ann Hart, chairperson of the African American Advisory Committee to the Phoenix Police Department in the South Mountain area.

"We don't want to be a replication of anything that's happened in other cities like New York City, Ohio, Chicago and Ferguson," Hart told KPHO.

The NAACP official, the Rev. Oscar Tillman, said friends and family members of Brisbon were devastated, but he cautioned them about channeling their anger as the investigation into the shooting unfolds.

"I told them not to be openly explosive or whatever because the fact is ... as you can see what happened to Michael Brown's (stepfather) now. They're talking about going after him. I said 'just be very careful,'" Tillman said.

According to Sgt. Trent Crump, the officer responded Tuesday to reports of someone selling drugs out of a Cadillac SUV. Upon locating the SUV, he ordered Brisbon, the sole occupant, to show his hands.

Authorities say Brisbon ran inside an apartment building and then got into a struggle with the officer. Brisbon put his hand in his pocket, and when the officer grabbed the hand, he thought he felt the handle of a gun through Brisbon's pants, police said.

Police say the officer repeatedly told Brisbon to keep his hand in his pocket, then shot him twice when he didn't.

Brisbon, an ex-convict, was hit in the torso and later pronounced dead at the scene. Investigators recovered a semi-automatic handgun and a jar of marijuana from his SUV.

An internal investigation is already underway, Crump said Thursday. The Maricopa County attorney's office will determine whether the officer will face criminal charges.

The Phoenix shooting occurred the day before a grand jury in New York City decided not to indict a white police officer in the chokehold death of a black man. Video shows Eric Garner repeatedly gasped "I can't breathe" while Officer Daniel Pantaleo detained him in a chokehold. Dozens of protesters were arrested on New York streets Wednesday, police said.

A grand jury decided Nov. 24 not to indict Ferguson police officer Darren Wilson in the shooting death of unarmed teenager Brown. The decision sparked violent protests, lootings and the destruction of several businesses.

The police department in Cleveland is also under fire over the use of excessive force, with Attorney General Eric Holder announcing Thursday that the department would be subject to a consent decree. Late last month, a rookie Cleveland officer shot and killed 12-year-old Tamir Rice, who was carrying a pellet gun.

Gerald Richard, an assistant to the Phoenix police chief who oversees police-community relations, said he began reaching out to community leaders after Brisbon was killed, but not because of the events in Missouri, he said.

"It is better for individuals to know the facts as opposed to be going off of rumors and hunches," Richard said. "I sincerely believe that type of communication is vital."

Tillman said he was appreciative that he was able to get a meeting with Chief Daniel Garcia as well as a call from County Attorney Bill Montgomery.

"That says something in a community when you're able to, bright and early less than 12 hours after it happened, sit down with the police chief and his top staff and communicate with the county attorney."

However, he called on the Phoenix mayor, city manager and other officials to also start a dialogue with black community members. He said he is hoping to speak with witnesses to decide whether he thinks the shooting was justified.

"That's what needs to be done, because the fact is, as we can see across this country, if we don't deal with it, we're going to keep dealing with it," Tillman said.