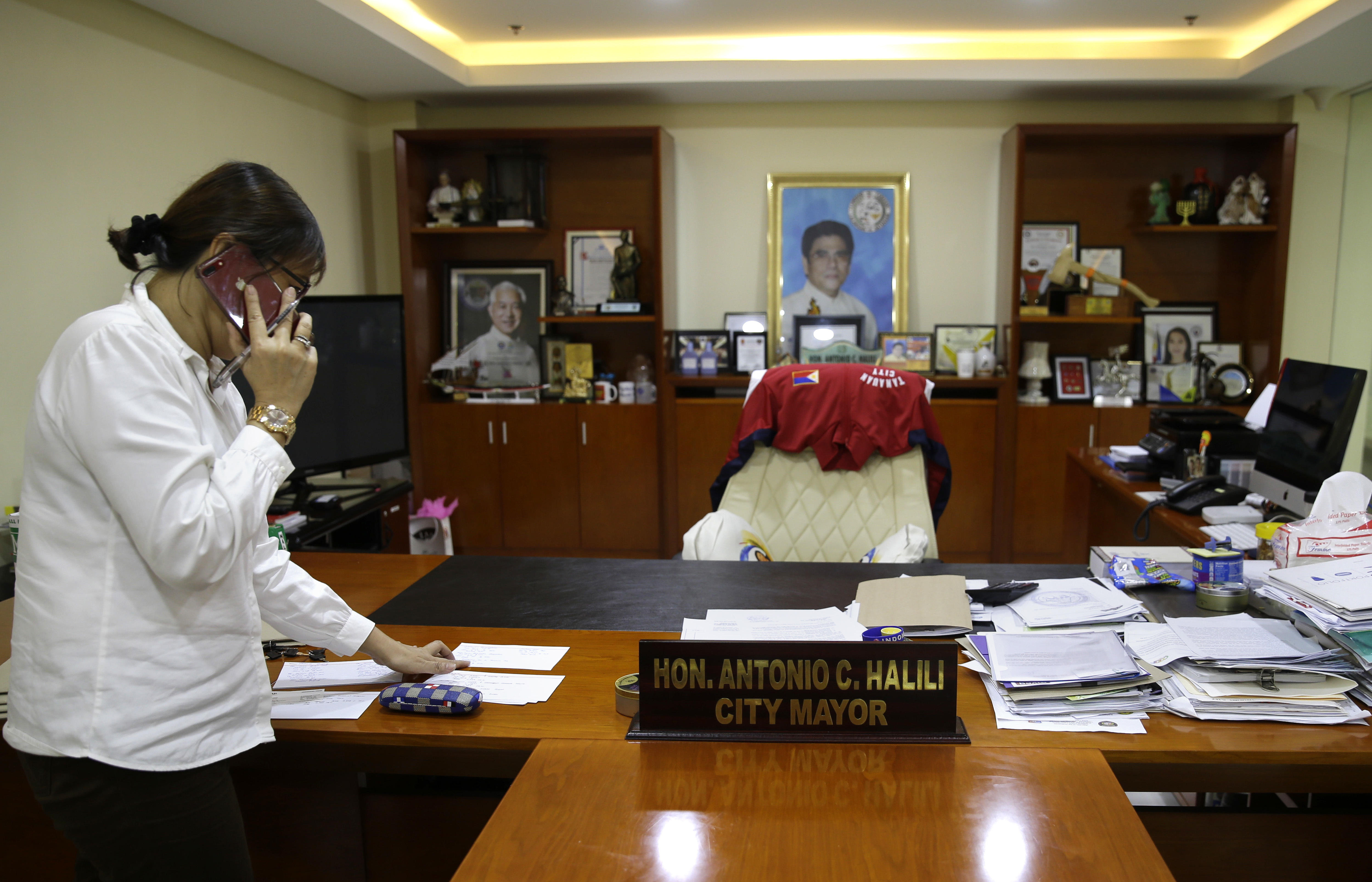 MANILA, Philippines -- Philippine police officials say another mayor was shot and killed by an unidentified man in a road attack a day after a city mayor was gunned down in brazen back-to-back killings that prompted an opposition senator to call the country the "murder capital of Asia." Officials say Mayor Ferdinand Bote of northern General Tinio town was leaving a government compound in an SUV in northern Nueva Ecija province Tuesday when a motorcycle-riding man shot him repeatedly with a pistol. The gunman escaped.

Mayor Antonio Halili was shot and killed Monday while singing the national anthem with hundreds of horrified employees in a flag-raising ceremony in his city of Tanauan south of Manila.

Halili, who was killed on Monday, was known for parading drug suspects in public, but also was alleged to have drug ties himself. He was shot and killed by a sniper and his bodyguards opened fire toward a grassy hill where the gunshot was apparently fired, adding to the bedlam.

The bullet hit a cellphone in Halili's coat pocket then pierced his chest, police said. Policemen scoured the hill but failed to find the gunman.

Two years ago, Halili ordered drug suspects to be paraded in public in Tanauan, a small city about 43 miles south of Manila, in a campaign that was dubbed "walks of shame." The suspects were forced to wear cardboard signs that read "I'm a pusher, don't emulate me" in a campaign that alarmed human rights officials.

Police officials, however, also linked Halili to illegal drugs, an allegation he strongly denied. He said at the time that he would resign and would be willing to be publicly paraded as a drug suspect if police could come up with evidence to support the allegation.

Investigators were working to determine if the killing was connected to Halili's anti-drug campaign. There was no indication as to the motive for the killing of Bote on Tuesday, and officials did not publicly link the two murders.

Halili's unusual "walks of shame" campaign drew attention at a time of growing alarm over the rising number of killings of drug suspects under President Rodrigo Duterte. Since Duterte took office in 2016, more than 4,200 drug suspects had been killed in clashes with police, alarming human rights groups, Western governments and U.N. rights watchdogs. At least two town mayors linked to drugs were among the dead.

Halili's killing came a few weeks after a Catholic priest was shot and killed while preparing to celebrate Mass at the altar of a village chapel in northern Nueva Ecija province.

"The killing of priests, prosecutors and former and incumbent local officials in broad daylight and in full view of the public may be suggestive of the impunity and brazenness of those responsible for such acts," Lacson said.

"The Philippine National Police should feel challenged, if not taunted," he said. "And they must immediately consider stricter firearms control strategies before similar killings could reach ubiquitous levels."