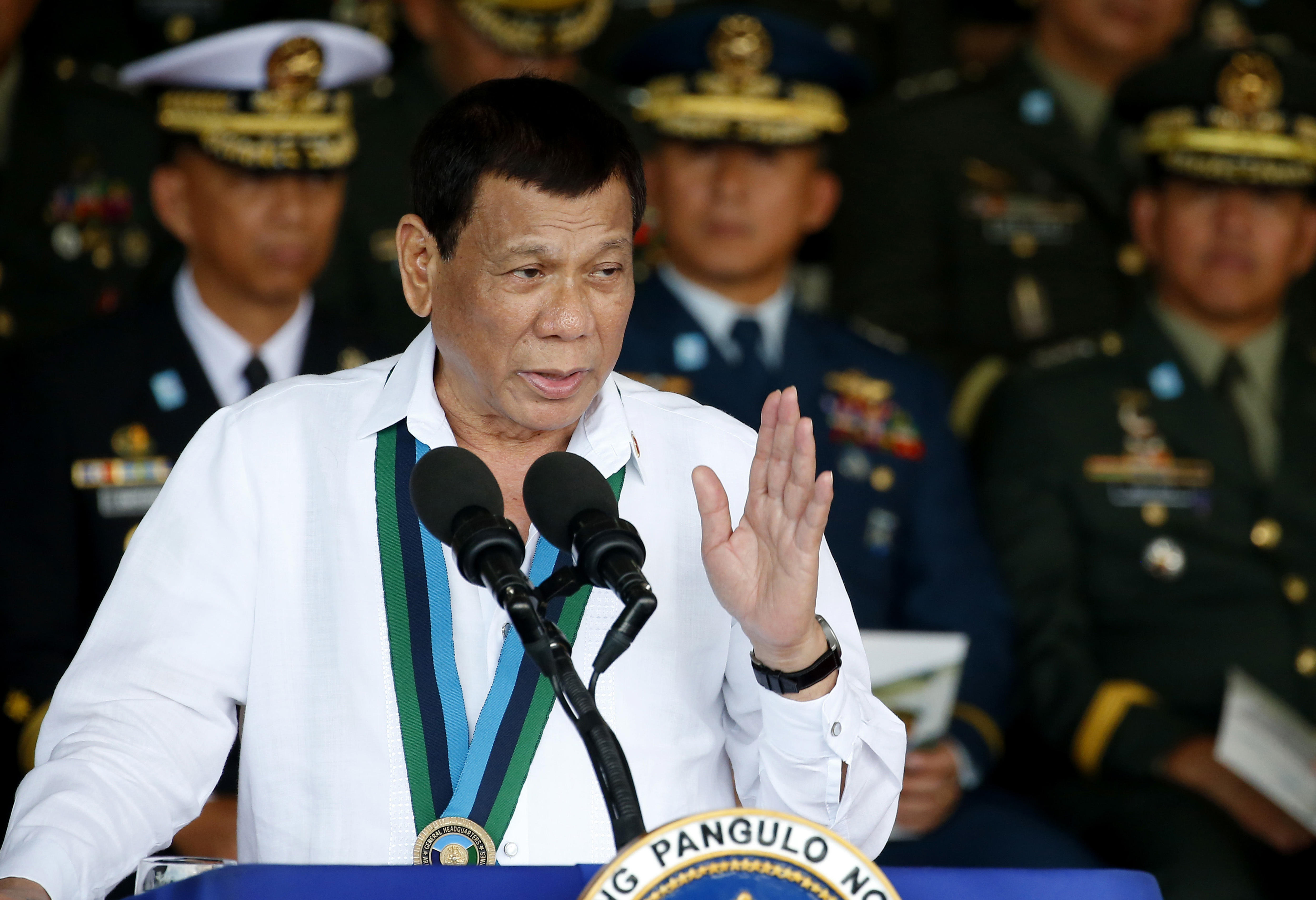 MANILA, Philippines -- The Philippine president, notorious for having cursed the pope and world leaders like former U.S. President Barack Obama, has sparked new outrage by calling God "stupid" in Asia's largest Catholic country. Opposition Sen. Antonio Trillanes IV shot back Monday by describing President Rodrigo Duterte as "one evil man" and his remarks as "very much consistent with the deceitfulness, heartlessness and ruthlessness of his policies." Even some of Duterte's political allies were critical.

A Catholic Bishop, Arturo Bastes, called the president a "madman" and urged Filipinos to pray for an end to Duterte's "blasphemous utterances and dictatorial tendencies."

"Duterte's tirade against God and the Bible reveals again that he is a psychological freak, a psychopath, an abnormal mind who should have not been elected as president of our civilized and Christian nation," Bastes said.

Another bishop, Ruperto Santos, said the president had crossed a line.

Duterte questioned in a televised speech Friday the Biblical story of man's creation and asked why God created Adam and Eve only to allow them to succumb to temptation that destroyed their purity.

"Who is this stupid God? This son of a bitch is then really stupid," said the 73-year-old leader, known for his rambling public statements. "How can you rationalize a God? Do you believe?"

Duterte lamented that Adam and Eve's sin in Christian theology resulted in all the faithful falling from divine grace. "You were not involved but now you're stained with an original sins ... What kind of a religion is that? That's what I can't accept, very stupid proposition," he said.

Sen. Panfilo Lacson, a former national police chief, said he has often backed Duterte's policies, but after the president's utterances against God "to whom I pray every single day and with whom I've found solace and comfort in all my difficult times, I don't even have to think of my choice."

"May my God forgive him and make him atone for all his sins," Lacson said.

Duterte's spokesman defended his remarks, saying the president has the right to express his opinion on religion and cited his previous disclosure that he was once sexually abused as a student by a priest.

Duterte stressed that right in another speech Monday. "Why do you bind me with something very stupid? I was given my own mind by God."

Duterte shocked Filipino Catholics in 2015 when he cursed visiting Pope Francis for having triggered a monstrous traffic in Manila. He later apologized, but has repeatedly lashed out at bishops and the dominant Catholic church, which has criticized his bloody crackdown on illegal drugs.

Obama, who also raised alarm over the drug killings under Duterte, was also a target of the Philippine leader's tongue-lashing. He once said the American leader should "to go to hell."

The former longtime city mayor has repeatedly declared he does not care about human rights and has threatened drug dealers and other criminals with death. He warned he would withdraw the Philippines from the United Nations after its human rights experts called for an independent investigation into extrajudicial killings under his rule. He described the world body as hypocritical for failing to prevent genocides worldwide.

Earlier this month, Duterte drew condemnation for kissing an overseas worker from his own country -- on stage and in front of dozens of video cameras -- during a visit to South Korea.