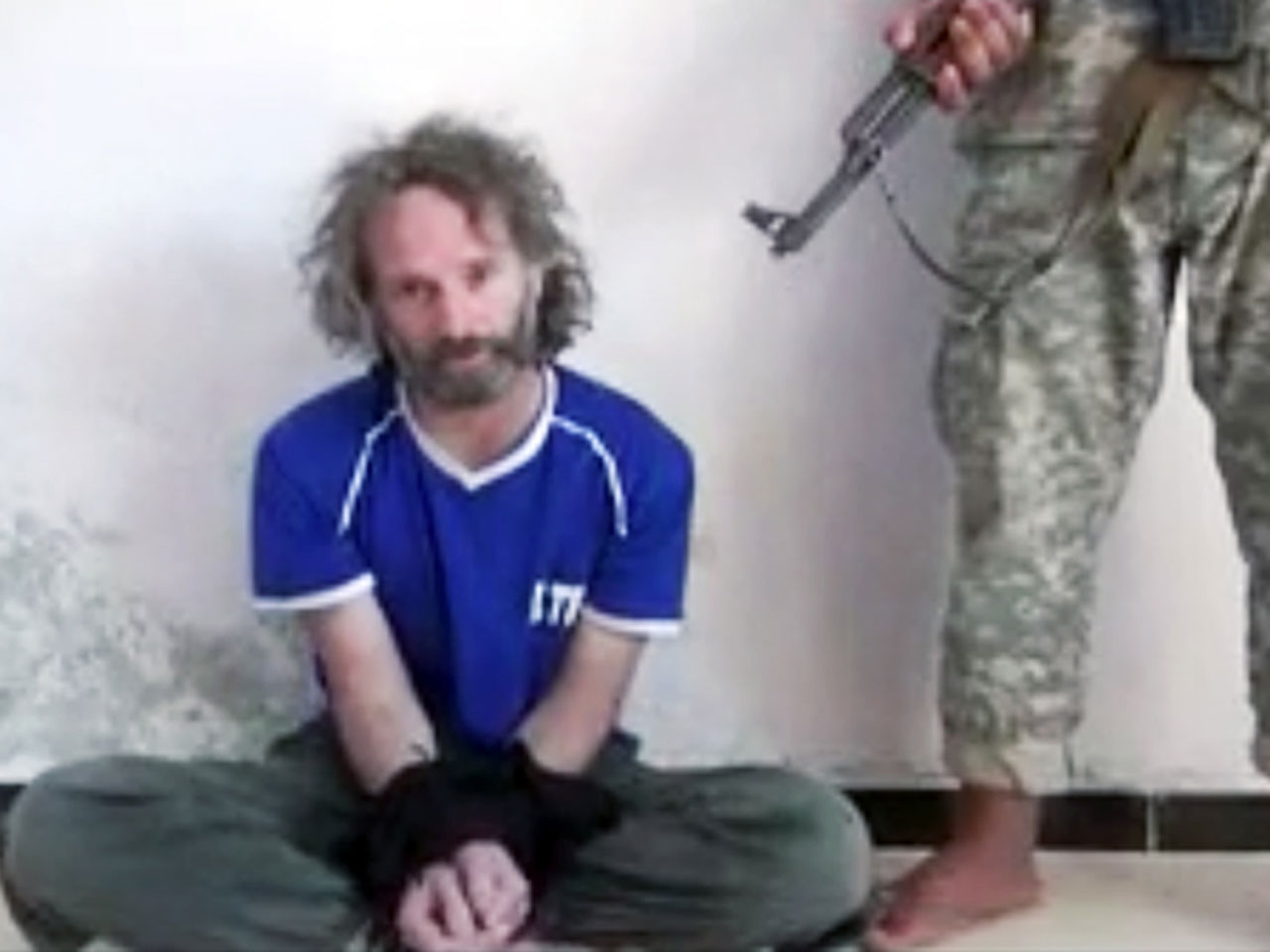 WASHINGTON -- The U.S. government says an American held hostage for about two years by an al Qaeda-linked group in Syria has been released.

The Obama administration and the hostage's family identified the man as Peter Theo Curtis of Massachusetts. Curtis, a journalist, had been held since 2012 by Jahbat al-Nusrah, an extremist group fighting the government of Syrian President Bashar Assad.

Curtis' family said in a statement he been writing under the name "Theo Padnos."

"We are so relieved that Theo is healthy and safe and that he is finally headed home after his ordeal, but we are also deeply saddened by the terrible, unjustified killing last week of his fellow journalist, Jim Foley, at the hands of the Islamic State in Iraq and Syria, ISIS," Nancy Curtis, Theo's mother said, said in the statement.

U.S. officials expressed relief at Curtis' safe release, which comes just days after another American journalist, James Foley, was executed by militants with the Islamic State of Iraq and Syria (ISIS) in a video posted on the Internet.

ISIS and al Nusra, though they share some goals, have been at odds at times during the Syrian civil war.

"We expect he will be reunited with his family shortly," Rice said in a statement. She added, "Just as we celebrate Theo's freedom, we hold in our thoughts and prayers the Americans who remain in captivity in Syria."

"We are all relieved and grateful knowing that Theo Curtis is coming home after so much time held in the clutches of Jabhat Al-Nusrah," he said in a statement. "For two years, this young American has been separated from his family. Finally he is returning home. Theo's mother, whom we've known from Massachusetts and with whom we've worked during this horrific period, simply refused to give up and has worked indefatigably to keep hope alive that this day could be a reality."

"Our thoughts and our faith remain with the Americans still held hostage and with their families," Kerry added, "and we continue to use every diplomatic, intelligence, and military tool at our disposal to find them and bring our fellow citizens home."

The Obama administration released no details about the circumstances of his abduction or his release.

CBS News' Pamela Falk reports the United Nations said it facilitated the handover of Curtis. He was handed over to U.N. peacekeepers in Al Rafid village, Quneitra, the Golan Heights, at 6:40 p.m. (local time) on Sunday. After receiving a medical check-up, Curtis was handed over to representatives of his government.

The news about Curtis was especially welcomed after Foley's gruesome beheading, which dominated much of the week's coverage. President Obama said the world was "appalled" by Foley's killing, and he denounced ISIS, saying the group follows a "bankrupt ideology" and has "no place in the 21st century."

ISIS blamed the killing on the escalating U.S. involvement in the fight against extremists in Iraq and Syria. American warplanes have struck dozens of militant targets in recent weeks in an attempt to neutralize the threat posed by ISIS.