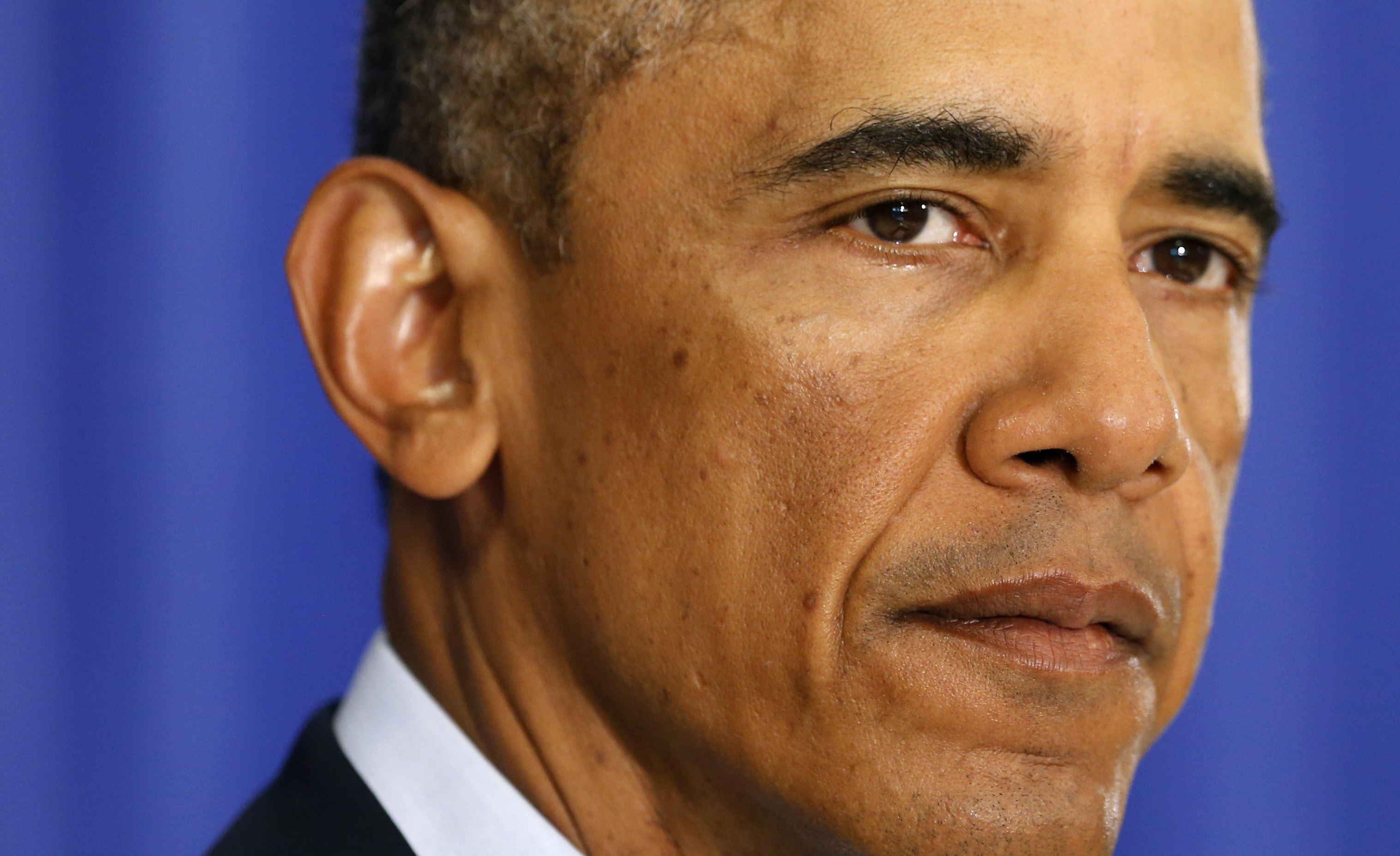 A visibly angry President Obama on Wednesday said the world was "appalled" by the news that Islamic militants had murdered American journalist James Foley and compared the militants to a cancer that must be extracted from the region.

The Islamic State of Iraq and Syria (ISIS) "speaks for no religion. Their victims are overwhelmingly Muslim, and no faith teaches people to massacre innocents," Mr. Obama said on Martha's Vineyard, where he's vacationing. "No just God would stand for what they did yesterday and what they do every single day. [ISIS] has no ideology of any value to human beings. Their ideology is bankrupt.

"They may claim, out of expediency, that they are at war with the United States or the West, but the fact is, they terrorize their neighbors and offer them nothing but an endless slavery to their empty vision and the collapse of any definition of civilized behavior."

He also compared the group to a "cancer" that the world must extract so it does not spread.

"There had to be a clear rejection of these kind of nihilistic ideologies. One thing that we can all agree on is that a group like ISIL has no place in the 21st century," he said.

"People like this ultimately fail. They fail because the future is won by those who build and not destroy," he added, pledging to continue doing whatever is needed to protect Americans in Iraq and stand by Iraqis to defeat ISIS, as well as Syrians seeking to overthrow President Bashar Assad.

Secretary of State John Kerry followed up with a written statement that went even further, calling ISIS the face of "Ugly, savage, inexplicable, nihilistic, and valueless evil."

ISIS "and the wickedness it represents must be destroyed, and those responsible for this heinous, vicious atrocity will be held accountable," Kerry said.

ISIS released a video Tuesday that showed the beheading of Foley. They also threatened to kill another American journalist they have taken hostage, Steven Sotloff, if the U.S. continues to carry out airstrikes in Iraq.

"Jim was taken from us in an act of violence that shocks the conscience of the entire world," the president said.

National Security Council spokeswoman Caitlin Hayden released a statement Wednesday saying the intelligence community has judged that the video is authentic. Mr. Obama said he called the Foley family earlier Wednesday to express the nation's heartbreak at his death.

"Jim's life stands in stark contrast to his killers. Lets be clear about [ISIS]. They have rampaged across cities and villages killing innocent unarmed civilians in cowardly acts of violence," Mr. Obama said.

Mr. Obama first authorized targeted airstrikes in Iraq on August 7 as support for a humanitarian mission to deliver food and water to a group of religious minorities trapped on a mountain by ISIS. The airstrikes are also meant to protect American personnel and facilities in northern Iraq, where ISIS was advancing.

The airstrikes also helped Iraqi and Kurdish forces to recapture Iraq's largest dam from the militants, the president confirmed earlier this week. At the time he called it a "major step forward," warning that if the dam had been breached it would have put U.S. Embassy personnel in Baghdad at risk.