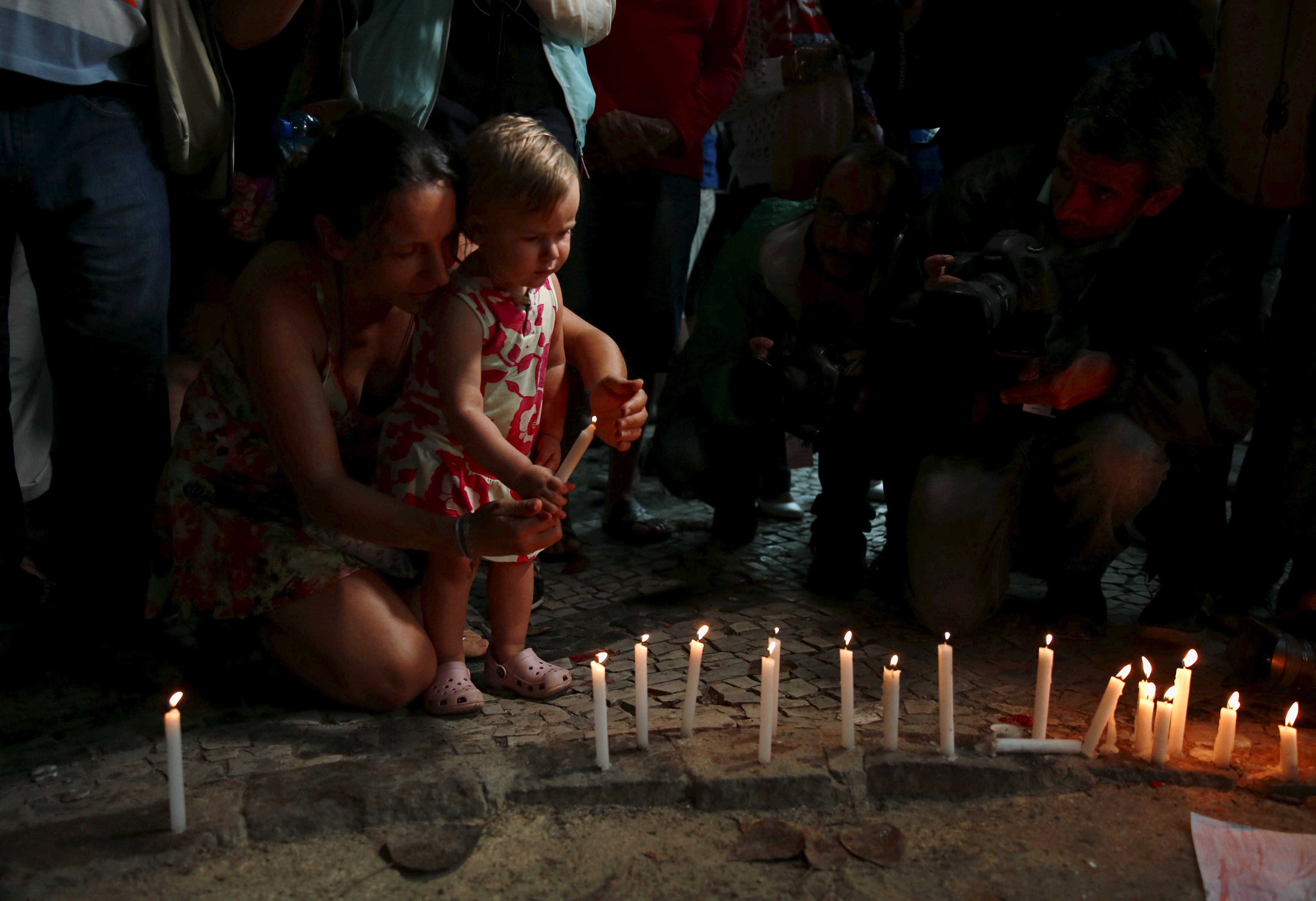 Violence, such as the terrorist attacks on Paris citizens Friday night, can leave lasting impressions on children, even if they only witness it through news reports and social media.

But parents can help kids process these and other senseless tragedies. Experts say it's important to talk about terrible events, keep up a healthy home routine, give extra hugs to little ones, and reach out to people in need or those touched by the attacks.

"For all ages, children are processing the same overall issues, but the perspective children have and the way they respond will vary based on age," said Dr. David Schonfeld, an American Academy of Pediatrics spokesperson.

In the wake of a traumatic event, kids will worry that something like it will happen to them or to the people they care about, he said.

"Preschool children and younger children may see images on the news and worry that it's happening very nearby - the actual risk may be important with a younger child. Adults can clarify where France is, that it's very far away, that you have to take a plane to go there," said Schonfeld, a developmental-behavioral pediatrician and director of the National Center for School Crisis and Bereavement at the University of Southern California.

However, very young children may not be aware of what's going on.

"I think introducing it to them is not a great idea if they've not had any exposure or awareness to it," Dr. Daniel Hilliker, a pediatric psychologist with the Mayo Clinic Children's Center, told CBS News.

In a statement sent out over the weekend, American Academy of Pediatrics CEO Dr. Karen Remley said, "As pediatricians, we know that violence can have lasting effects on children even if they are only learning about it through the media. The AAP urges everyone to take care with the images that children see and hear about."

Preschool kids who may not have had any direct exposure to media reports could still hear things at day care or school, though, Hilliker said. "If parents have a sense that that's the case, ask them what they've heard and ask them how they're making sense out of it," he said.

Listening well is key. Gauge where your child is, and based on that, you can gently correct any misinterpretations or outright misinformation they may have heard and steer them back in a direction of a more factual interpretation, he said. But most importantly, ask them how they are feeling about what they heard.

Parents can help young kids assign meaning to meaningless violence, Hilliker added. "Being able to shape kids' thinking and interpretation is probably one of the most important things you can do to help them cope with it."

Instead of focusing on fear or a negative message, for example, he said, "You can focus on the people pulling together to help each other and more positive types of imagery."

With school-age children, the likelihood is high that they'll be exposed to discussions and media reports about the events in Paris.

If they don't bring it up themselves, Hilliker suggests making a point to initiate conversation. Ask them a little about what they've heard, or say, 'What an awful thing that's happened,' and 'I'm having a hard time getting my head around it.' Or, 'Let's talk about what you've heard and seen.'"

"Those types of questions become an opportunity to talk about," he said. "But then don't assume that the way you're understanding it and hearing your kids talk about it is clear. Keep on asking for clarification or even reflecting back and saying this is what I'm hearing you say about it."

It's an opportunity to talk with your children about how to handle all kinds of stress moving forward, Hilliker added. Maintaining routines that help kids feel safe and normal helps too.

"Those are good signals that even though these awful things have happened, we can continue to engage in things that help us feel well and signal safety and normalcy. Maintain bedtimes and school routines and after school chores. All those things are good for kids even during periods they are feeling upset and stressed," said Hilliker.

When it comes to older children and teens, they will have more exposure to news media and may understand the political issues better and they may ask if something like the Paris attacks could happen closer to home. They may be upset, concerned, and want to talk about coping strategies, said Schonfeld.

"You can talk about the steps schools and communities take to make sure they're safe in their schools and in their towns. But you can't be unrealistic and say there is no risk," Schonfeld told CBS News.

"This is an upsetting thing that happened. In the media, you're hearing voices of people who are distressed and seeing images that are disturbing," he said.

Figure out strategies and approaches that help older children deal with distress, he recommended. "That's an important skill set. A lot of adults don't want to upset children. They hide their stress and in doing so, they hide their coping strategy. You don't want to fall apart in front of children. A teacher sobbing in the classroom isn't a helpful model," Schonfeld said.

But a teacher who tells his students that he heard about what happened over the weekend and that it made him sad and a little worried, and that he talked about it with someone he trusts, can help model positive coping strategies for kids.

Even if parents don't think a child or teen needs to feel concerned, but the child does, Schonfeld said it's important to let them have their feelings.

"You shouldn't tell people how they are supposed to feel. But you can say, 'Let's talk about how to deal with that feeling," he said.

With older children who have lots of access to media and social media, teaching them how to limit exposure to the violence is important, too. A good rule of thumb for them: If you're watching a news story or social media coverage and you're no longer learning something new or taking in information that will help you cope with the event, you need to turn it off, he said.

"Just because we can take a picture, capture a video, do an interview, doesn't mean we ought to do it all the time. In general when there's been a major crisis, it's a good time to turn off some of the media and social media and focus on being together as a family and being with each other," said Schonfeld.

If older kids want to watch the news, watch with them and pause reports to stop and discuss issues you think are important, or to hear their thoughts and feelings.

"Reach out to others in need," said Schonfeld. Whether that means a commemorative activity on social media or a community effort like mailing letters to friends and family in France, the connectedness can be positive for mental health.

The Mayo Clinic's Hilliker added, "We know that doing something to help others has a positive impact on our own sense of well being. That's probably even more enhanced in this kind of situation. Encourage kids that they can reach out to others and show their concern. It will help their own processing and coping."