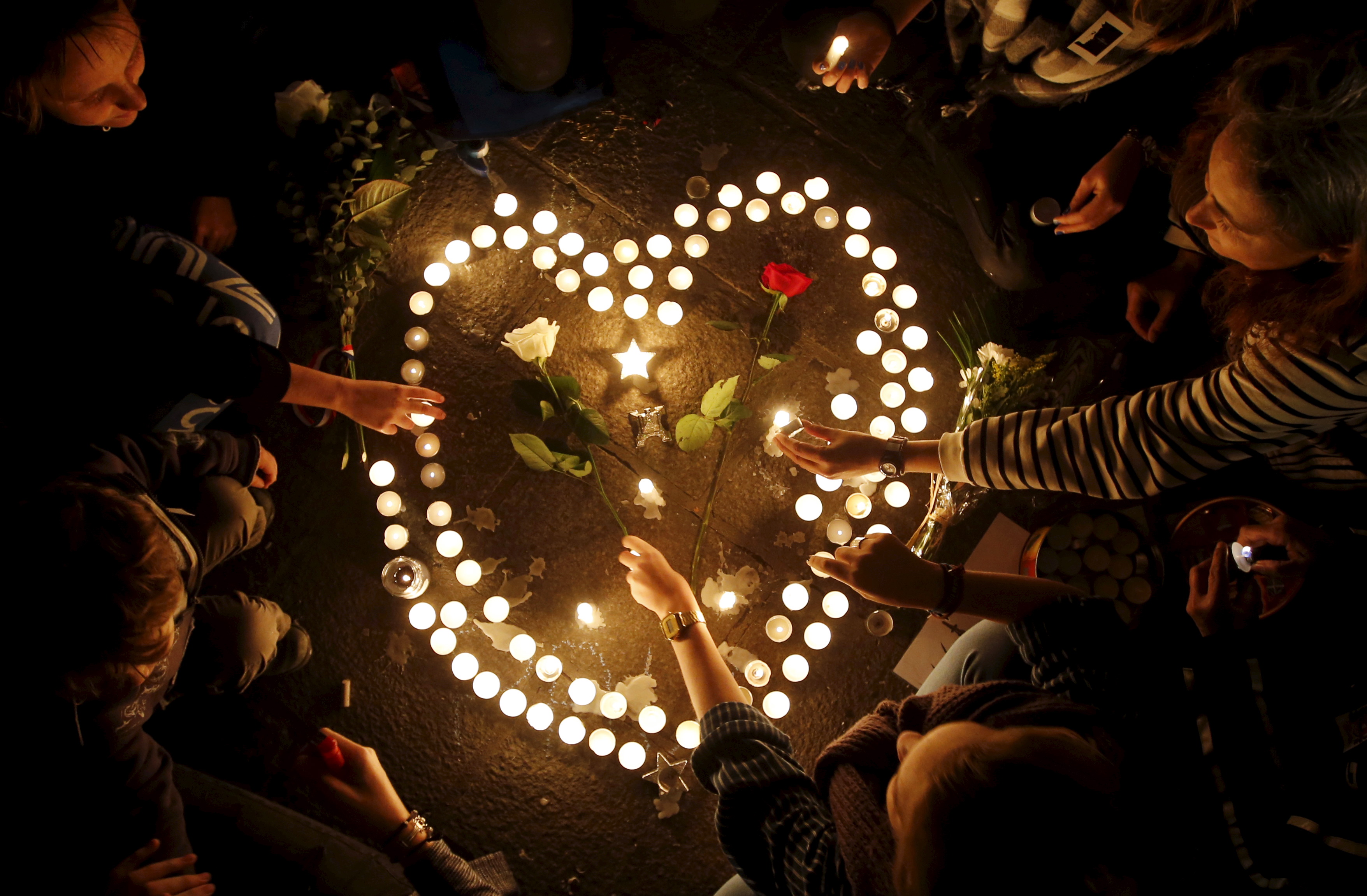 This weekend, the world watched in shock as terrible events unfolded in Paris. The terrorist attacks left at least 129 people dead and hundreds more wounded after a shootout in a popular restaurant in the city, multiple explosions near the Stade de France national stadium and a massacre at the Bataclan concert hall.

While survivors, witnesses and first responders of such violent events often struggle with post traumatic stress disorder (PTSD) -- which involves reliving traumatic events as if they were happening again through flashbacks, dreams and severe emotional distress or physical reactions to reminders of the event -- viewing images and videos of these violent events through news coverage and social media can affect people who weren't there in similar ways.

"Though we often focus on PTSD, there is a range of psychological responses to traumatic events," Dr. Robert Ursano, chair of the American Psychiatric Association's Committee on Psychiatric Dimensions of Disasters, told CBS News.

Experiencing the event either in person, through a family member or close friend or by repeated close exposure (such as by first responders or police investigators) is needed for a PTSD diagnosis, but repeated viewing of the events can still have a profound effect on mental health.

People who weren't there may still experience responses like depression and generalized anxiety disorder, as well as psychological distress, which includes sleep disturbances, desire to stay at home and avoidance of reminders of the trauma, Ursano explained. Increased alcohol and tobacco use are also common psychological responses to traumatic events.

A significant contributor to this, Ursano says, is that viewers often identify with the victims and think "that could happen to me." Viewing footage of the Paris attacks may be particularly difficult because eating out at a restaurant or attending a concert or soccer game are common events many of us take part in.

"The more similarities you see between you and the victims, the more things that remind you of 'it could be like me,' the higher your level of psychological distress," Ursano said.

Repeated exposure to graphic images and videos through the media can exacerbate these symptoms.

In fact, a 2013 study found that consuming six or more hours a day of media coverage of the Boston Marathon bombings in the week after the event was linked to more acute stress than actually having been at or near the marathon. Symptoms increased with each additional hour of bombing-related media exposure via television, social media, videos, print or radio.

"We were very surprised at the degree to which repeated media exposure was so strongly associated with acute stress symptoms," the study's lead author, E. Alison Holman, associate professor of nursing science at the University of California, Irvine, said in a statement. "We suspect that there's something about repeated exposure to violent images or sounds that keeps traumatic events alive and can prolong the stress response in vulnerable people."

A previous study from the same research group found that repeated daily exposure of four hours or more of violent images and videos from the September 11th terrorist attacks and the Iraq War may have led to an increase in physical and psychological ailments up to three years later.

Social media presents perhaps an even greater risk, as users tend to share more graphic, uncensored images and videos of violent events that would not be shown by traditional media outlets.

Earlier this year, Dr. Pam Ramsden from the Faculty of Social Sciences at the University of Bradford in the U.K. presented research at the conference of the British Psychology Society that suggests viewing violent news on social media can cause trauma.

"We are unprotected and often on social media [the images] will just pop up in our news feeds when our friends and acquaintances put up videos," Ramsden told CBS News. "Everyone now has the technology to film as things happen and often the 'average' person can be reporting news before anyone is aware."

Experts say some people may be more susceptible to experiencing psychological distress, including those who already have generalized anxiety disorder or people who have PTSD from experiencing similar traumatic events to the ones they are watching on television.

Special considerations should also be made for children and teens, Dr. Glenn N. Saxe, the Arnold Simon Professor and Chair at the Child Study Center at NYU Langone Medical Center, Department of Child and Adolescent Psychiatry, told CBS News.

If children are experiencing symptoms of anxiety or behavioral changes after viewing or talking about the event, parents should remind them that they're there to provide emotional support and protect them and that the likelihood of being directly involved in such an event is extremely rare, he said.

Limiting exposure to media coverage of such events is also important if kids are experiencing psychological distress, though Saxe notes it's important not to shield them completely. "You don't want to protect them from reality," he said. "Watching the news is OK and it's really important that parents give it context and have a conversation about it. But if a child seems to want to see it over and over again then that's something you ought to know about and check in with."

If symptoms persist for an extended period of time, Saxe recommends a consultation with the child's pediatrician.

Adults should also monitor their own consumption of violent events through the media and may need to censor themselves if it's causing psychological distress.

Ursano said that "feeling that you don't want to turn it off, that you need to keep watching can be an indicator that you're watching too much."

Trouble sleeping, dreaming about the events days later or going back and ruminating about the information are also signs that the exposure is affecting your mental health.

"It's important to remember that you can always turn off the TV," Ursano said. "You don't have to keep watching."