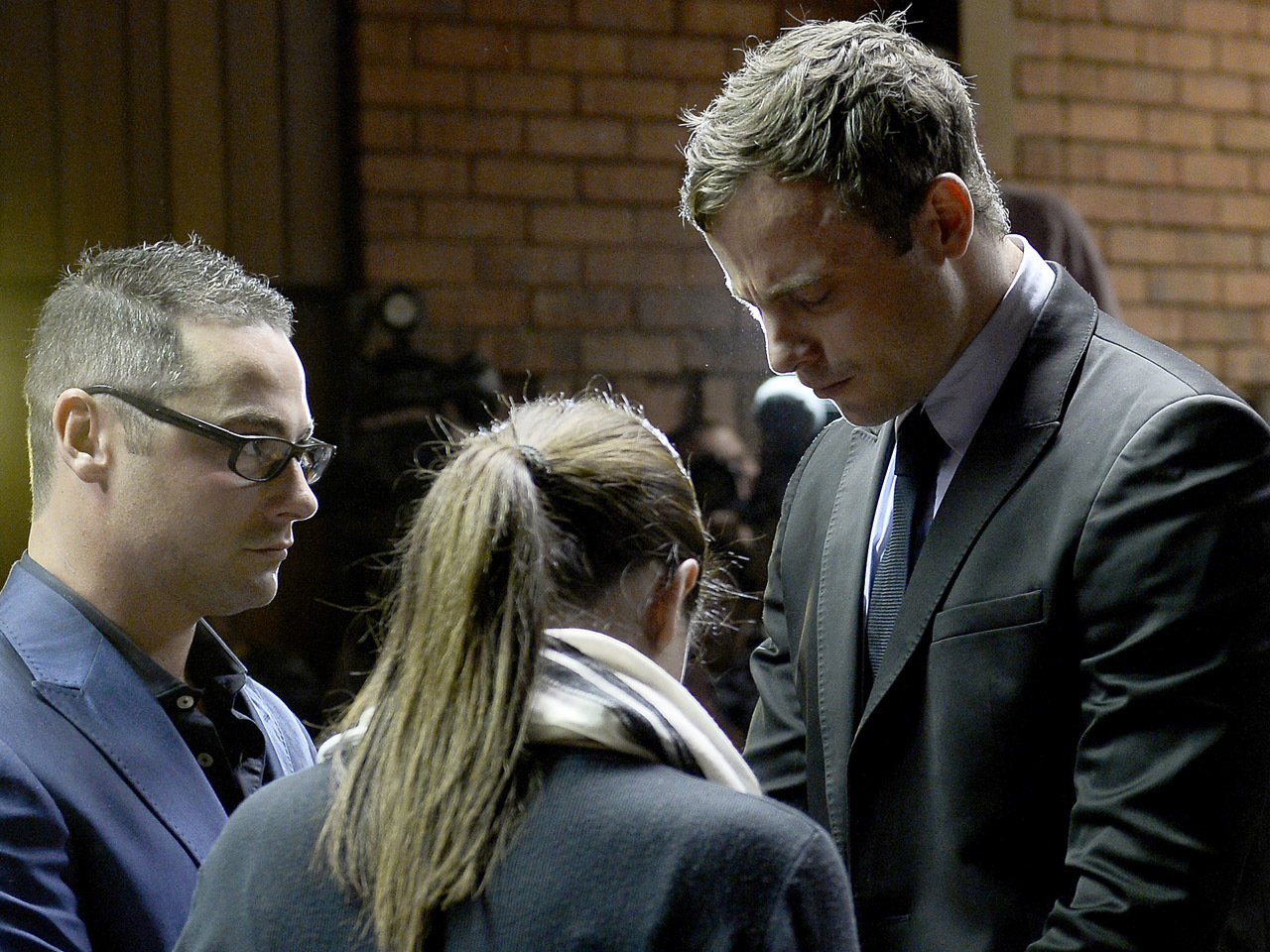 PRETORIA With his head bowed constantly in prayer, Oscar Pistorius stood in silence for more than 30 minutes Monday morning in the Pretoria Magistrate Court. He held hands with his brother Carl and sister Aimee.

But the prayers did not prevent the man dubbed the Blade Runner -- a double-amputee and para-Olympic gold medalist -- from being formally indicted on a charge of pre-mediated murder in the shooting death of his girlfriend, model Reeva Steenkamp.

The court set March 3 as the start date for Pistorius' murder trial.

The prosecution revealed its hand in court as the formal indictment was made. Prosecutors will call 107 witnesses to testify against Pistorius. Amongst them, neighbors who, according to the formal summary of substantial facts in this case, "heard a woman scream, followed by moments of silence, then heard gunshots and more screaming" on the Valentine's Day evening when Steenkamp was killed at Pistorius' home.

Also on the witness list are several former girlfriends who it's understood will testify about Pistorius' previous aggressive behavior. On that particular theme is witness number 34, South African boxing star Kevin Lerena, who was with Pistorius when he fired a loaded gun in a crowded Johannesburg restaurant last year. Lerena was shot in the foot and will form part of the state's case, which aims to portray Pistorius as a trigger-happy, aggressive bully.

Another witness is former police investigator Hilton Botha. He was removed from the case after it was discovered that he was facing attempted murder charges of his own.

Botha told Vanity Fair in June that the crime scene showed Steenkamp was "cowering in the toilet with her arms crossed, which would account for why one bullet had gone through her fingers before entering her arm."

He also stated that bullets had struck her right side, "which meant that she was not sitting on the toilet but probably crouching behind the locked door." Botha was of the belief that Pistorius, 26, had fired at the door from less than five feet away.

Pistorius insists that he mistook Steenkamp for a burglar hiding in the bathroom, and that is why he shot her four times through a locked door.

The prosecution wants to add two additional charges against Pistorius which revolve around the reckless and negligent discharging of a firearm. The two charges have not yet been formally filed. The two incidents occurred in Johannesburg, just less than 40 miles from Pretoria and in a separate legal jurisdiction.

The defense wants them heard separately and not as part of the murder case. CBS News understands the defense is unhappy about lumping all these charges together as they see it as an attempt on the part of the prosecution to "assassinate" Pistorius' character.

The latest court appearance was a tough one for the family and friends of Steenkamp, who were also in court. The former model would have celebrated her 30th birthday on Monday.