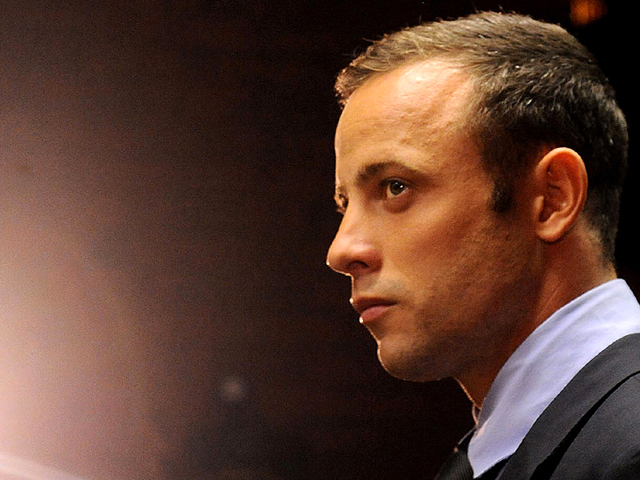 Judge Bert Bam says the Olympic and Paralympic athlete must provide authorities with his travel plans at least a week before he leaves the country. He must also return his passport to the court within 24 hours of returning to South Africa.

Pistorius' lawyers said in the North Gauteng High Court on Thursday that he had no immediate plans to compete, but might eventually need to run at track meets again to earn money.

His lawyers also said the double-amputee runner, who is charged with murder in the shooting death of his girlfriend on Feb. 14, is being treated as a flight risk by his bail restrictions even though a magistrate ruled last month that he was not when he released Pistorius on 1 million rand ($108,000) bail.

Roux said that Pistorius has no desire to return to track now, but "this might and this will change."

Pistorius was not present in court Thursday.

Roux said that Pistorius would not try and evade trial if he is allowed to travel internationally, and the multiple Paralympic champion would eventually need to run again "to earn an income."

"He is not going to run away and hide. He is going nowhere," Roux told the judge in the brown-walled courtroom in the high court, where television cameras and photographers were allowed in to record the proceedings.

Roux also argued against the ruling that Pistorius is not allowed to return to his home in a gated community in the eastern suburbs of Pretoria, where he shot Reeva Steenkamp dead in the early hours of Valentine's Day.

The bail ruling prevented him from returning to his home or speaking to residents, but his lawyers say he must be allowed to consult with residents in order to prepare his defense against the murder charge against him.

Pistorius says he killed Steenkamp accidentally when he fired shots through a door in his bathroom in the pre-dawn hours, fearing there was an intruder in his house. Prosecutors say he shot the model and reality TV star intentionally after they argued, and they have charged him with premeditated murder.

Pistorius was not required to attend his appeal hearing and none of his family members was present in court.

Pistorius' defense team was also appealing against an alcohol ban.

Pistorius' next court appearance is June 4, when the prosecution would aim to serve indictments, chief prosecutor Gerrie Nel told the court. Nel said there is a possibility that Pistorius' trial will begin by the end of the year.

Pistorius' bail appeal was being heard at the high court a day after the athlete's older brother, Carl Pistorius, went on trial for culpable homicide for the death of a woman motorcyclist in a 2008 road accident. Carl Pistorius pleaded not guilty Wednesday to the main charge of culpable homicide and not guilty to two alternative charges relating to driving recklessly and inconsiderately.