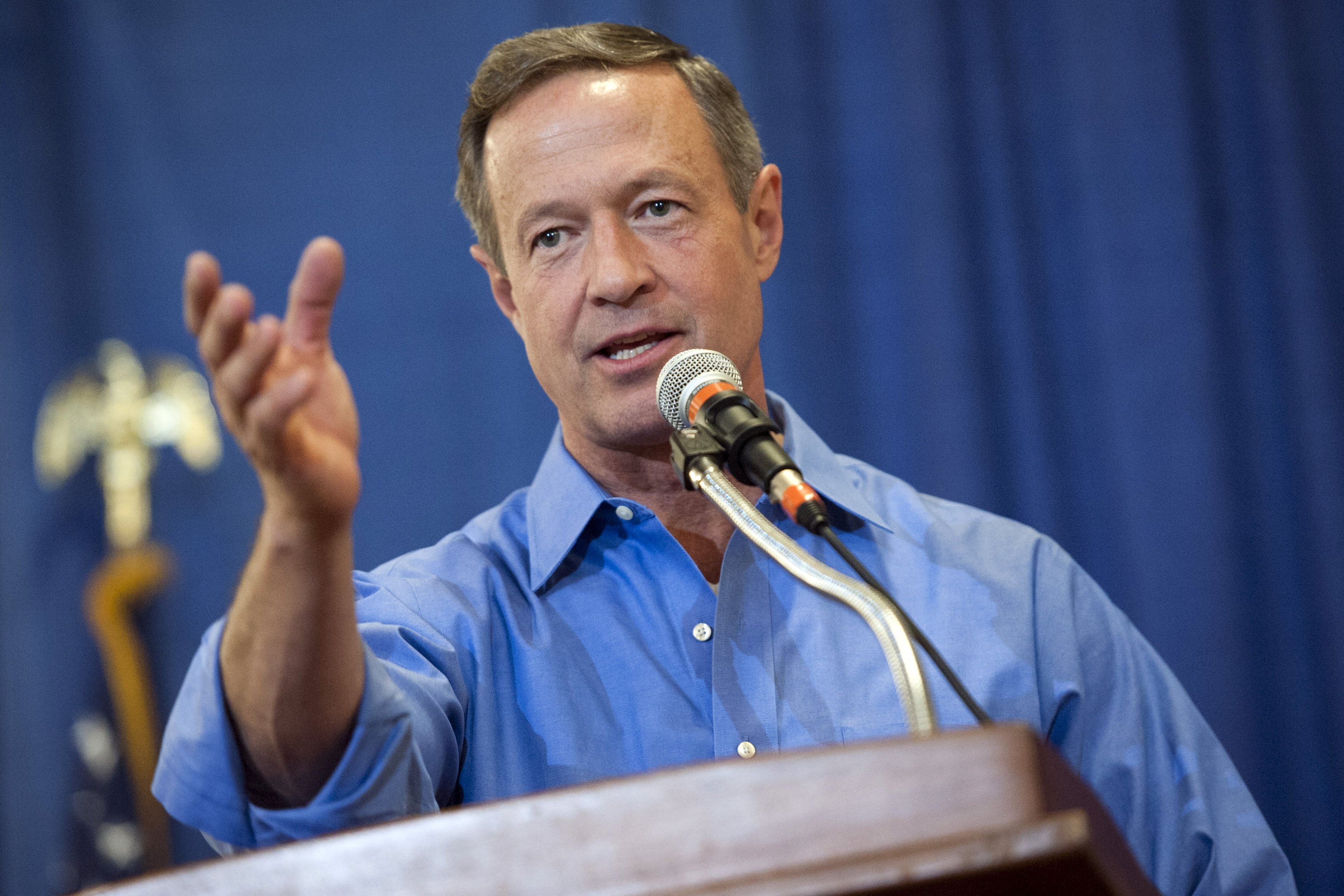 Martin O'Malley said Tuesday that only one person showed up to one of his campaign events in Iowa Monday night.

"The very last event of the night, we actually had a whopping total of one person show up, but by God, he was glad to see me. So we spent the time with him," O'Malley said on MSNBC's "Morning Joe."

According to his campaign schedule, O'Malley had slogged through bad weather in three campaign stops -- all in Iowa -- before arriving at the civic center in Tama for his last event.

The voter, O'Malley added, remained uncommitted even after the one-on-one meeting. But the former Maryland governor isn't giving up and said, "I'm working on him."

Marco Rubio, Chris Christie and Ted Cruz all had to cancel events in Iowa Monday because of the inclement weather. Snow fell on all 99 counties in Iowa Monday, and several were hit with 9 inches or more.

O'Malley said voters in Iowa wait until the last couple of weeks before the caucuses to make a decision about whom to support. They're only about a month away on Feb. 1.

"They want to see the whole campaign play out. So I wasn't surprised that he was uncommitted. But I was glad he took the time to come out in the snow to see me. We almost canceled that last event but we were out there anyway, so we plowed through," O'Malley said.

Since he launched his presidential bid, O'Malley has spent more days in Iowa than his rivals Hillary Clinton and Bernie Sanders. But the extra days haven't appeared to help O'Malley much.

The most recent CBS News battleground tracker poll found half of likely Democratic caucus goers in Iowa back Clinton, 45 percent back Sanders and only 4 percent support O'Malley.