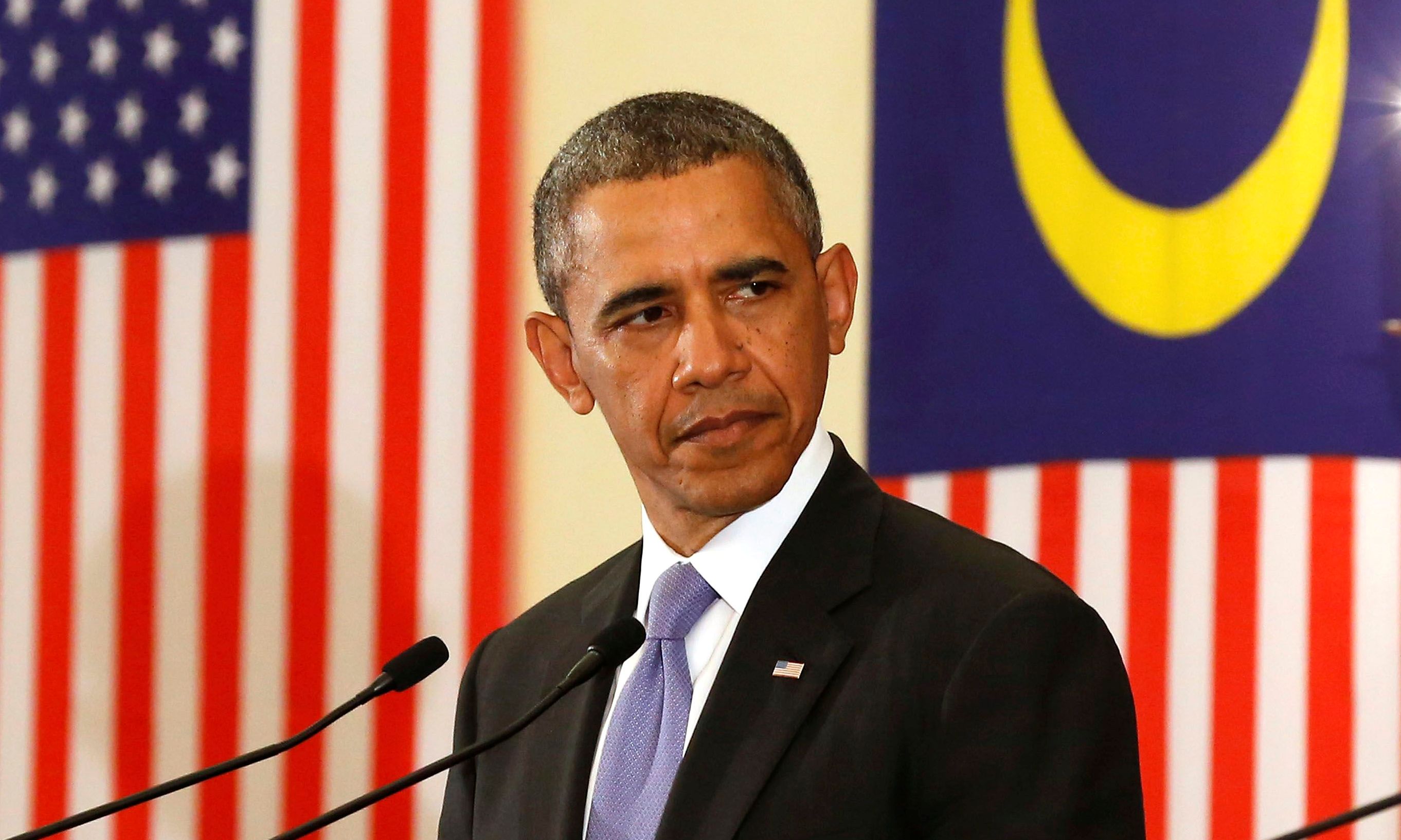 Though a conflict with Russia is a new facet of President Obama's administration, the crisis in Ukraine has the president walking a familiar path on foreign policy: balancing competing pressures from home and abroad.

On one hand, some Republicans in Congress say it's time to sanction entire sectors of the Russian economy to force Russian President Vladimir Putin to change course. But the president is hesitant to act without the full support of European and other allies, who have condemned Russia's actions but have economies that are closely tied to that of their neighbors.

President Obama said Monday in Manila that new sanctions would be levied later in the day, and soon after the administration announced it was targeting seven Russian officials and 17 companies linked to Putin's inner circle.
While the Group of Seven (G-7) nations is on board with the next round of penalties, they're holding off on moving to the broader, sectoral sanctions that could cause significant damage to Russia's economy. It's a half measure that punishes Russia further, but stops short of the worst-case consequence that the president has hung over Russia's head since he signed an executive order that would authorize sectoral sanctions last month.

Those penalties, Deputy National Security Adviser Ben Rhodes told reporters over the weekend, are reserved for "a further escalation by Russia, such as moving its troops across the border into Ukraine."

Even those efforts will likely be met with resistance. The New York Times reported on Friday that European banks and businesses who have close ties to Russia - particularly its energy sector - have lobbied to minimize or prevent sanctions.

In response to those reports, Rhodes acknowledged those concerns, but said, "Our response is that the long-term consequences of allowing Russia to engage in this type of destabilizing activity is going to carry with it its own economic costs and that, frankly, it is better for us to try to reinforce the international order, the rule of law now, through the imposition of sanctions, than it is to allow this issue to get swept under the rug."

On the other hand, the president faces a rising chorus of voices back home from Republican senators who say it's past time for sanctions against key sectors of the Russian economy.

"I think these targeted sanctions against individuals just are not affecting Putin's behavior enough," Sen. Bob Corker, R-Tenn., the ranking Republican on the Senate Foreign Relations Committee said on CBS' "Face the Nation" Sunday. "I think we need to put sectoral sanctions in place. I think we need to move those troops away from the border, change the behavior. And I'm very concerned that, as we've seen from this administration on so many tough issues, their policy's always late, after the point in time when we could have made a difference in the outcome."

Another four Republican senators - John McCain of Arizona, John Barrasso of Wyoming, John Hoeven of North Dakota and Ron Johnson of Wisconsin - authored an op-ed in the Washington Post that called for sanctions against major Russian banks, energy companies and other sectors of the economy, like the arms industry, "that serve as instruments of Putin's foreign policy." They would also like to see harsher penalties for corrupt Russian officials, better anti-Russia messaging to Russian-speaking people in Eastern Ukraine, and the development of more natural gas resources that are better aligned with European demand.

"Some of our European allies may hope to avoid tough sanctions, but weak measures will not stop Putin, and the costs of doing so will only grow with time," the senators wrote.

The long-held Republican argument is that the president looks weak by failing to act.

"Our enemies don't fear us. Our friends don't trust us and when we show weakness, it emboldens people around the world who are our enemies, whether they're in Iran, Syria, Russia or North Korea," Barrasso said on CNN's "State of the Union."

Corker pointed to Syria, where he said similar "cautiousness" on the part of the president has led to "one of the biggest humanitarian crises we've seen in a long, long time."

The Syrian crisis presented a similar challenge for the president once it became clear that Syrian President Bashar Assad's regime had used chemical weapons in an attack against the opposition. The president backed a limited military response, but sought approval from Congress since the international community was not united behind the United States. British Prime Minister David Cameron lost a vote in Parliament to endorse military action, and Syrian allies Russia and China would have blocked any attempted action by the United Nations Security Council. Back at home, there was some Republican support for a strike but the issue was taken off the table when the Security Council reached an agreement to dismantle Syria's chemical weapons stockpile.

Once again, a lack of international appetite for action could hamper an aggressive response from the White House.

"You're hearing a debate inside the administration, much like Bob Corker told you: Should they go stronger? Should they go to sectoral sanctions?...Should they do something with more bite?" New York Times reporter Peter Baker said during a panel discussion on "Face the Nation" Sunday. "They're trying to stay stitched together with Europe. They're not going to go beyond Europe; it's too important to them to keep them unified and keep Russia isolated, even at the expense of doing some of the tougher things that some people want them to do."

The president has pushed back against the idea of unilateral action.

"The notion that for us to go forward with sectoral sanctions on our own without the Europeans would be the most effective deterrent to Mr. Putin I think is factually wrong," the president said at a press conference in Malaysia Sunday. "We're going to be in a stronger position to deter Mr. Putin when he sees that the world is unified and the United States and Europe is unified, rather than this is just a U.S.-Russian conflict."

The president acknowledged that there would be "differences" with and within Europe because of their close economic ties to Russia. But, he said, "We've got to work through those in a systematic way. If, in fact, we need to move forward with sectoral sanctions, then it's going to be important that we know exactly what we're prepared to do and sustain over the long haul; our European partners know what they're willing and able to do as well. And the more we are unified, the more effective it's going to be."