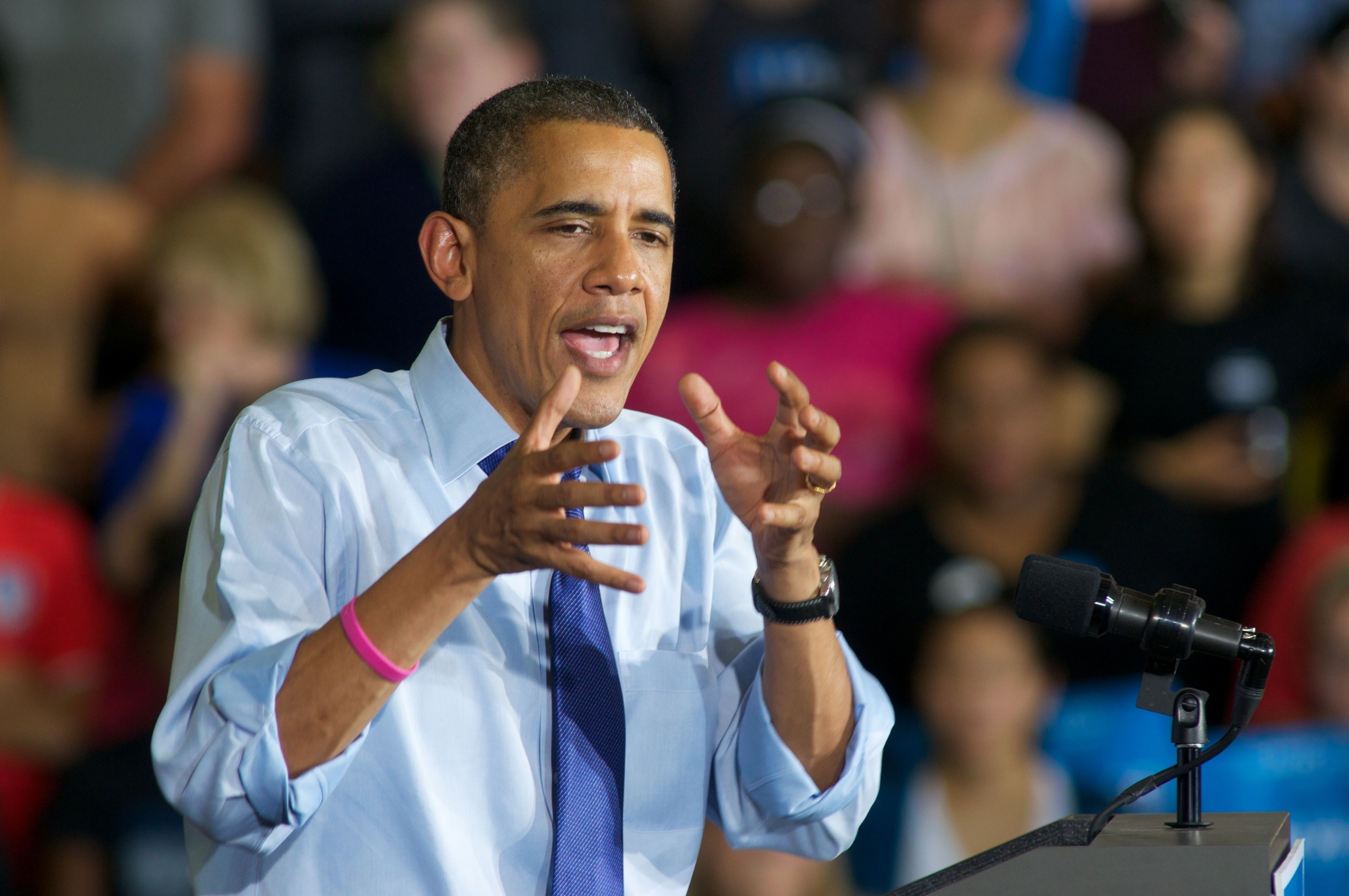 After a combative debate against his rival Mitt Romney Tuesday night, President Obama today picked up where he left off, ridiculing Romney for turning to "binders full of women" to find qualified women government officials.

Speaking to a crowd of about 2,000 supporters packed into a gymnasium at Cornell College in Mount Vernon, Iowa, Mr. Obama touted his plan to recruit 100,000 new math and science teachers over the next decade and help young people focus on these fields.

"We don't have to collect a bunch of binders to find qualified, talented women ready to teach in these fields right now," Mr. Obama said. "And when young women graduate, they should get equal pay for equal work. That should be a simple question to answer."

When asked during last night's debate about pay equity for women, Romney said he reviewed "whole binders full of women" in his search for qualified women to fill his cabinet as governor of Massachusetts. The phrase quickly caught fire on the Internet as the president's supporters seized on it to mock Romney.

By contrast, Mr. Obama noted today that the first bill he signed into law was the Lilly Ledbetter Act, which makes it easier for women to file suit against unfair pay.

The president today repeated several arguments and one-liners he used in the debate, calling Romney's economic plan a "sketchy deal."

He blasted the Republican candidate for failing to explain what tax deductions he would eliminate to pay for his planned tax cuts, joking, "Usually when a politician tells you he's going to wait until after the election [to explain his plan], they don't have a pleasant surprise in store for you."

By contrast, the president touted his record as proof that his agenda will work. The economy has added five million jobs in the last two-and-a-half years, he said, while foreclosures are at their lowest point in four years, 401k plans are recovering and "our assembly lines are starting to hum again," he said. "We've got a lot more work to do, but we've to go build on that progress."

Tailoring his message for Iowa voters, Mr. Obama touted his commitment to investments in clean energy, noting that nearly 7,000 jobs in the state depend on the wind energy sector. Romney would end tax credits for wind energy producers, he noted.

Recent polls have shown a close race in the battleground state. An American Research Group survey conducted Oct. 11-14 showed Mr. Obama and Romney tied in Iowa at 48 percent to 48 percent.

Early voting began in Iowa on Sept. 27, and so far Democrats have a 53,000-vote advantage, Radio Iowa reports. Iowa Secretary of State Matt Schultz said he expects over 40 percent of the votes cast in the election to be cast early. Republicans in recent days have cut into the Democrats' early vote lead and could make up ground by Election Day. While Mr. Obama won Iowa in the 2008 election, Republican candidate John McCain won more votes cast on Election Day.