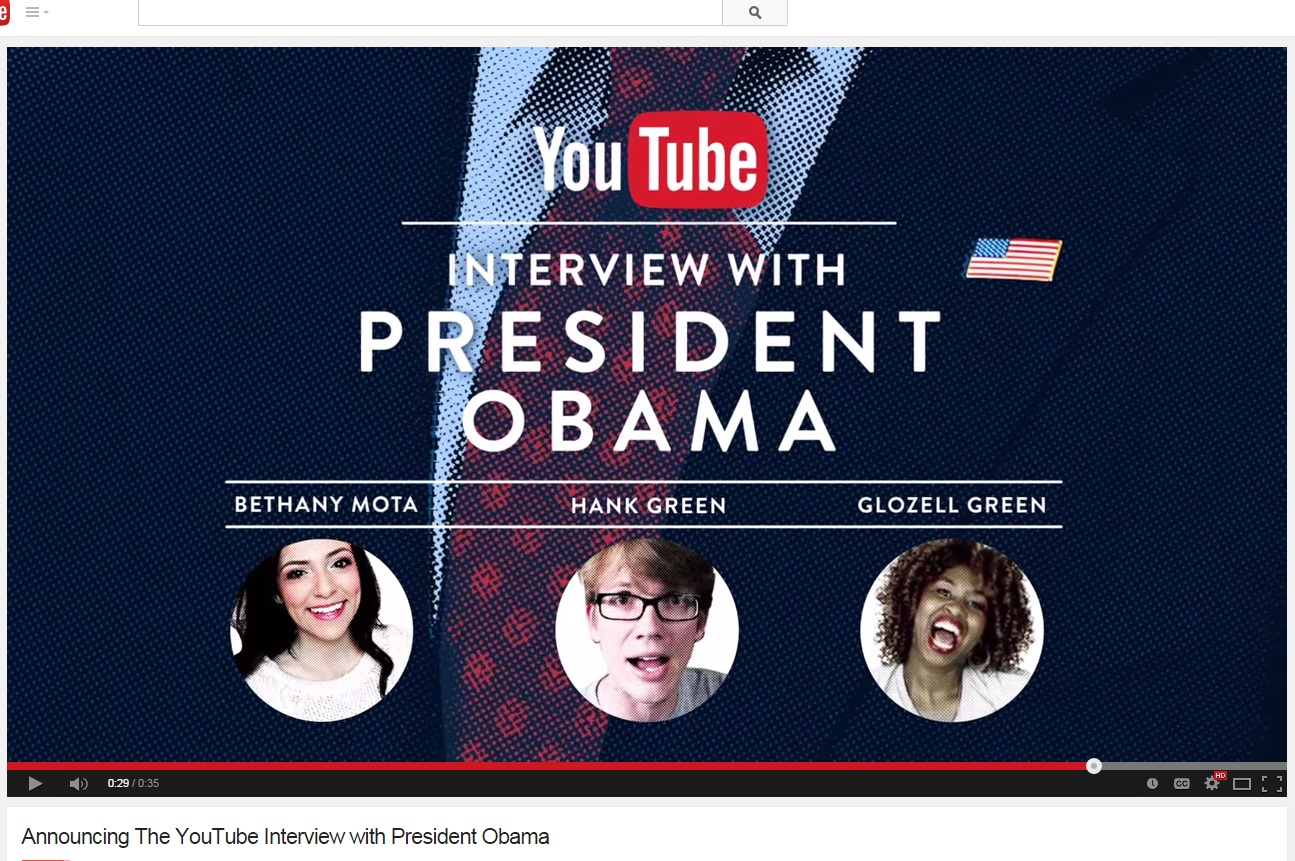 As part of his effort to win back his dwindling State of the Union audience, President Obama on Thursday is sitting down with three YouTube stars to promote the agenda he put forward in his address to Congress earlier this week.

In a promo video on YouTube, the three young people-- Bethany Mota, GloZell Green and Hank Green -- suggest they'll ask Mr. Obama about issues such as education, the lack of jobs for college graduates, net neutrality and racial profiling. Viewers will be able to watch the interviews live on the White House YouTube account and submit questions online with the hashtag #YouTubeAsksObama.

The White House has been pleased so far with the audience it's found with online videos. Earlier this month, the White House earned more than 250,000 hits on a video in which Mr. Obama announced his plan for subsidizing community college tuition. After Mr. Obama sat down with actor and comedian Zach Galifianakis last year to promote the Affordable Care Act, the administration boasted that HealthCare.gov benefitted from "the Galifianakis bump."

As with the Galifianakis video, the president is once again trying to reach young people by sitting down with funny, lighthearted personalities.

Bethany Mota, a 19-year-old from California, has more than 8 million YouTube subscribers who tune in for her videos on hair, makeup, fashion, DIY projects, and, she says, "basically anything that I love." One of her most popular videos, "Easy ways to spice up your room! + DIY Decorations," has received more than 9.7 million hits. Along with selling fashion advice online, Mota also has her own clothing line for Aeropostale.

GloZell Green, originally from Florida, is a comedian who is "blazing the Internet with hilarious YouTube videos and comedic online presence," according to her biography. Green also declares in her bio that she is "in the category of legendary funny ladies such as Ellen Degeneres, Whoopi Goldberg, Tina Fey, Carol Burnett, Lucille Ball and Phyllis Diller."

While she has yet to reach the star status of Ellen or Whoopi, Green does have more than 3.3 million YouTube followers, and her "cinnamon challenge" video has more than 42 million hits. She has also used her Internet fame to get a footing in Hollywood -- she plays the role of "attractive traveler" in the recently-released movie "The Wedding Ringer."

Hank Green and his brother John Green -- author of The Fault in Our Stars -- have a YouTube channel with more than 2.4 million followers. In the "about" section of their channel, the brothers say they are "Raising nerdy to the power of awesome." Their most popular video, with more than 16 million hits, is about "giraffe love."

They've also gained large audiences with videos on serious subjects, such as one called "Why Are American Health Care Costs So High?" Additionally, the brothers have used their online popularity to raise millions for charity.