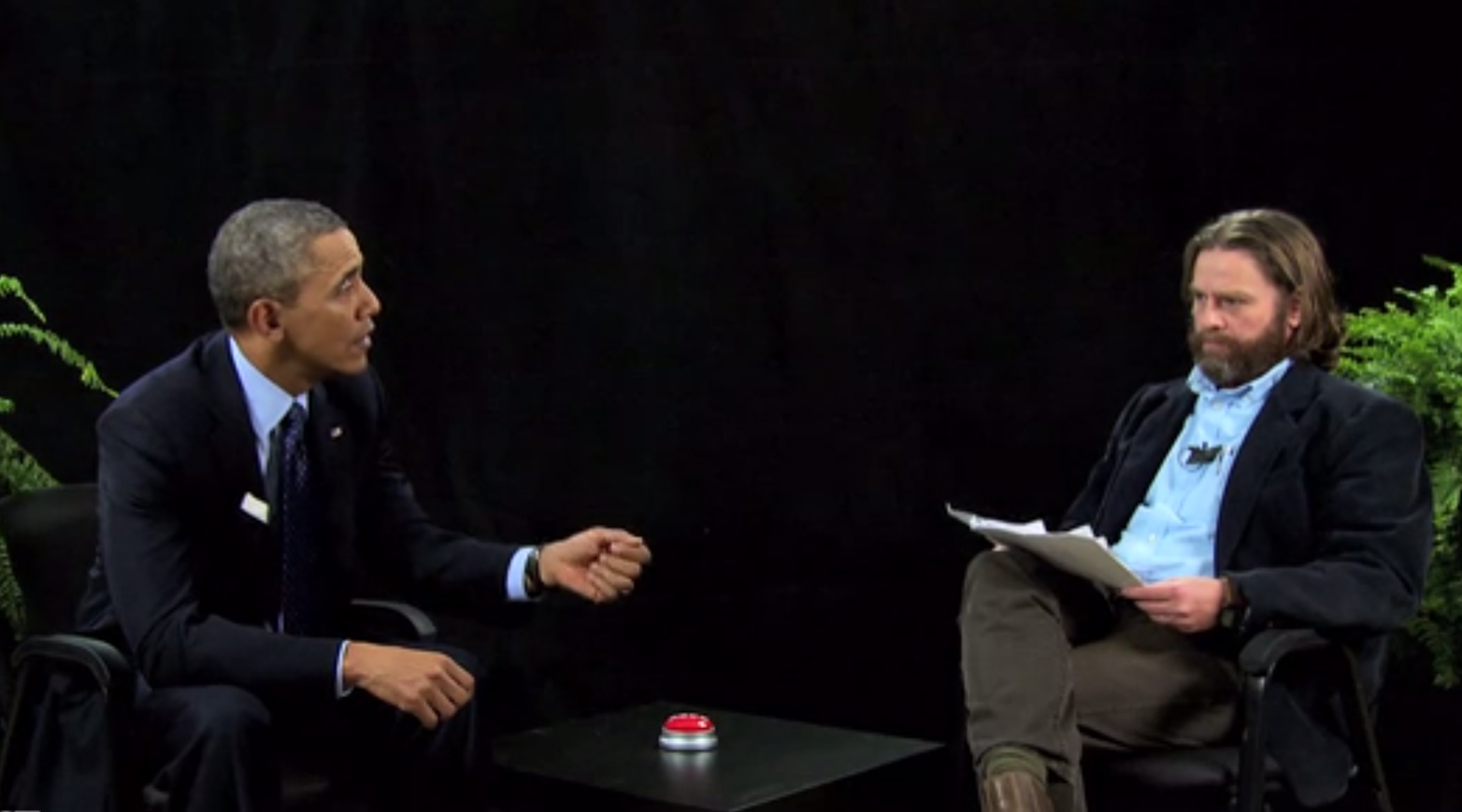 The president sat down with comedian and actor Zach Galifianakis on "Between Two Ferns," his Funny or Die web series.

The two traded a several barbs throughout the six-and-a-half minute segment before Mr. Obama encouraged young people to sign up for insurance coverage by March 31 (which Galifianakis treated as an annoying plug, checking his watch and joking, "is this what they mean by drones?")

Annoying or not, the administration touted the segment's success with officials saying how many people went straight to healthcare.gov from the Funny or Die site.

"We have seen that the Funny or Die is at least ... the number one referral to healthcare.gov referral source late this morning," White House spokesman Jay Carney said Tuesday afternoon.

Later Tuesday, the president himself took to Twitter to thank Galifianakis for his role in pointing people to healthcare.gov.

Aside from Obamacare, Galifianakis was armed with silly questions such as: "Do you send Ambassador [Dennis] Rodman to North Korea on your behalf? I read somewhere that you'd be sending Hulk Hogan to Syria - or is that more of a job for Tonya Harding?"

But Mr. Obama was ready to dish it out as well. When Galifianakis said it must "stink" that he can't run for a third term, the president said, "No actually think it's a good idea. If I ran a third time, it would be sort of like doing a third 'Hangover' movie. Didn't really work out very well, did it?" the president joked, referencing Galifianakis' hit franchise.

He said a previous episode of "Between Two Ferns" with actor Bradley Cooper - also a star of "The Hangover" franchise - had been funnier.

"He kind of carried that movie, didn't he?" the president asked.

At the end of the show, the president pushed a button that caused the black backdrop to fall away, revealing the Diplomatic Room at the White House.

"You've been shooting these shows here in the Diplomatic Room? Who gave you permission to do that?" the president demanded.