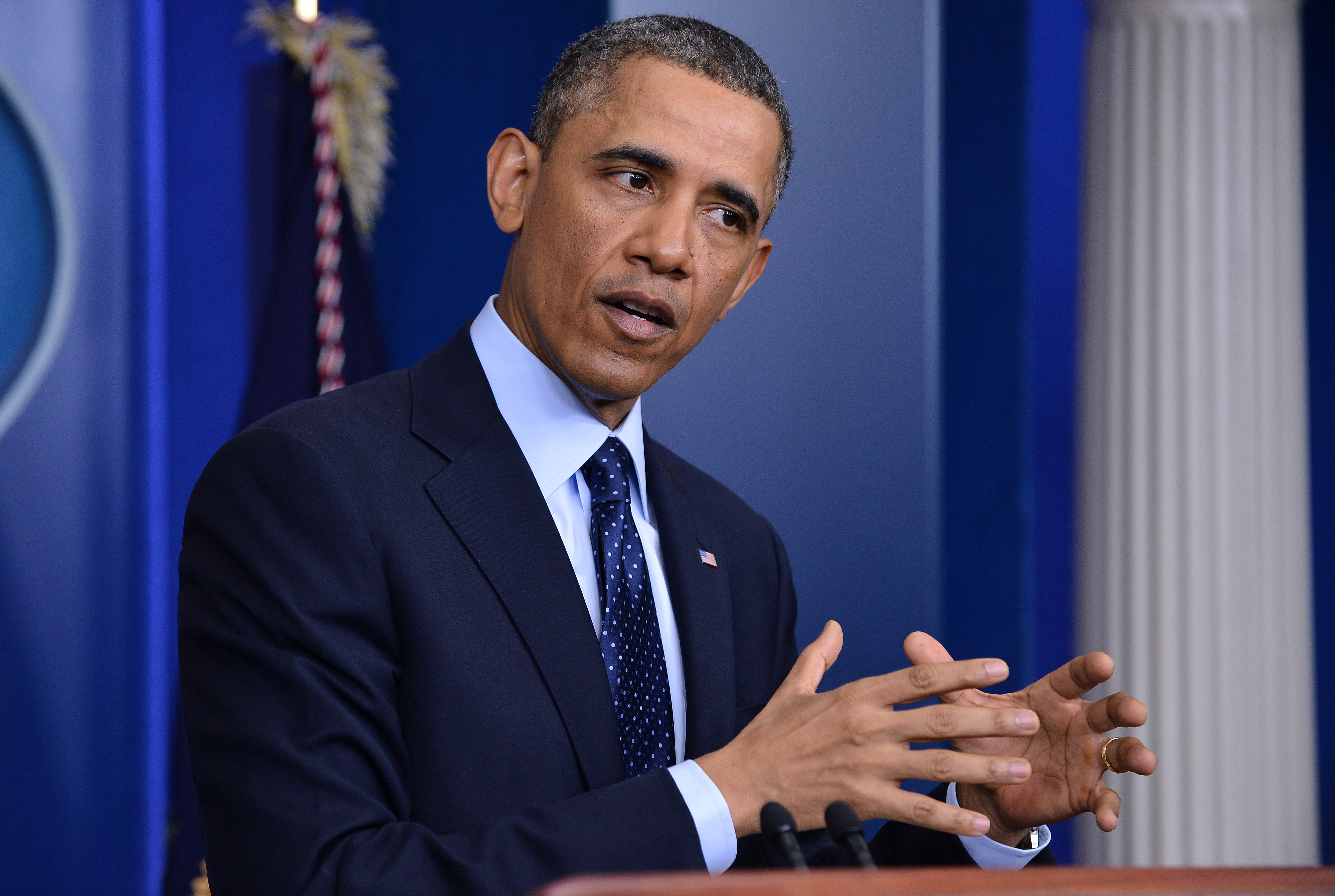 WASHINGTON President Barack Obama has signed an order authorizing the government to begin cutting $85 billion from federal accounts, officially enacting across-the-board reductions that he opposed but failed to avert.

Obama acted Friday, the deadline for the president and Congress to avoid the steep, one-year cuts.

Obama has insisted on replacing the cuts, known as a "sequester" in government budget language, with tax increases and cuts spread out over time. Republicans have rejected any plan that included tax revenue.

The government says the reductions will soon result in furlough notices to government employees and will trim government spending on defense contracts and in domestic government programs. Active military personnel and anti-poverty and low-income assistance programs are largely protected from the cuts.

The president met with top lawmakers for less than an hour at the White House, then sought repeatedly to fix the blame on Republicans for the broad spending reductions and any damage that they inflict. "They've allowed these cuts to happen because they refuse to budge on closing a single wasteful loophole to help reduce the deficit," he said, renewing his demand for a comprehensive deficit-cutting deal that includes higher taxes.

Republicans said they wanted deficit cuts, too, but not tax increases. "The president got his tax hikes on Jan. 1," House Speaker John Boehner told reporters, a reference to a $600 billion increase on higher wage earners that cleared Congress on the first day of the year. Now, he said after the meeting, it is time take on "the spending problem here in Washington."

Senate Republican leader Mitch McConnell of Kentucky was equally emphatic. " I will not be part of any back-room deal, and I will absolutely not agree to increase taxes," he vowed in a written statement.

At the same time they clashed, Obama and Republicans appeared determined to contain their disagreement.

Boehner said the House will pass legislation next week to extend routine funding for government agencies beyond the current March 27 expiration. "I'm hopeful that we won't have to deal with the threat of a government shutdown while we're dealing with the sequester at the same time," he said, referring to the new cuts by their Washington-speak name.

Obama said he, too, wanted to keep the two issues separate.

Neither the president nor Republicans claimed to like what was about to happen. Obama called the cuts "dumb," and GOP lawmakers have long said they were his idea in the first place.

Ironically, they derive from a budget dispute they were supposed to help resolve back in the fall of 2011. At the time, a congressional Supercommittee was charged with identifying at least $1.2 trillion in deficit savings over a decade as part of an attempt to avoid a first-ever government default. The president and Republicans agreed to create a fallback of that much in across-the-board cuts, designed to be so unpalatable that it would virtually assure the panel struck a deal.

The Supercommittee dissolved in disagreement, though. And while Obama and Republicans agreed to a two-month delay last January, there was no bipartisan negotiation in recent days to prevent the first installment of the cuts from taking effect.

It isn't clear how long they will last.

As CBS News correspondent Nancy Cordes reported, food stamp funding will not be cut. And neither will children's health subsidies or Medicaid. Democrats protected those programs for the poor and a few others when they were negotiating the sequester with Republicans two years ago.

And both sides agreed that military pay and benefits, along with funding for veterans, should be shielded from the budget axe as well.

But the rest of the federal government will be cut by $85 billion this year, and more than $100 billion each of the nine years after that -- with the cuts split between defense and domestic spending. That translates into an 8 percent cut in Pentagon funding. Most domestic agencies will have to cut at least 5 percent from their ledgers.

Medicare itself won't get cut, but doctors who see Medicare patients will see their reimbursements trimmed by 2 percent.

And there are many programs for the needy that will get cut back -- like home heating assistance and unemployment insurance.

But some Democrats like Arizona Rep. Raul Grijalva see a silver lining. They finally got the big defense cuts they've been wanting for decades.

"There are excesses everywhere you look," he said, "but if this requires the Pentagon to examine itself, and in the process of that examination come up with savings and make a military force that is up to the 21st century, than I think that will be a good thing for America.

Many Republicans see partial victory too. The sequester may not be perfect, they say, but at least it cuts spending -- a major GOP priority.

"If you listen to the administration, you'd assume this is the last day that it's safe to go outside," said Missouri Sen. Roy Blunt.

Republicans argue that the cuts will not be as devastating as the president predicts. One thing that will not get cut -- lawmaker pay -- though they will have to cut their office budgets, so that could mean some staffers may face layoffs.