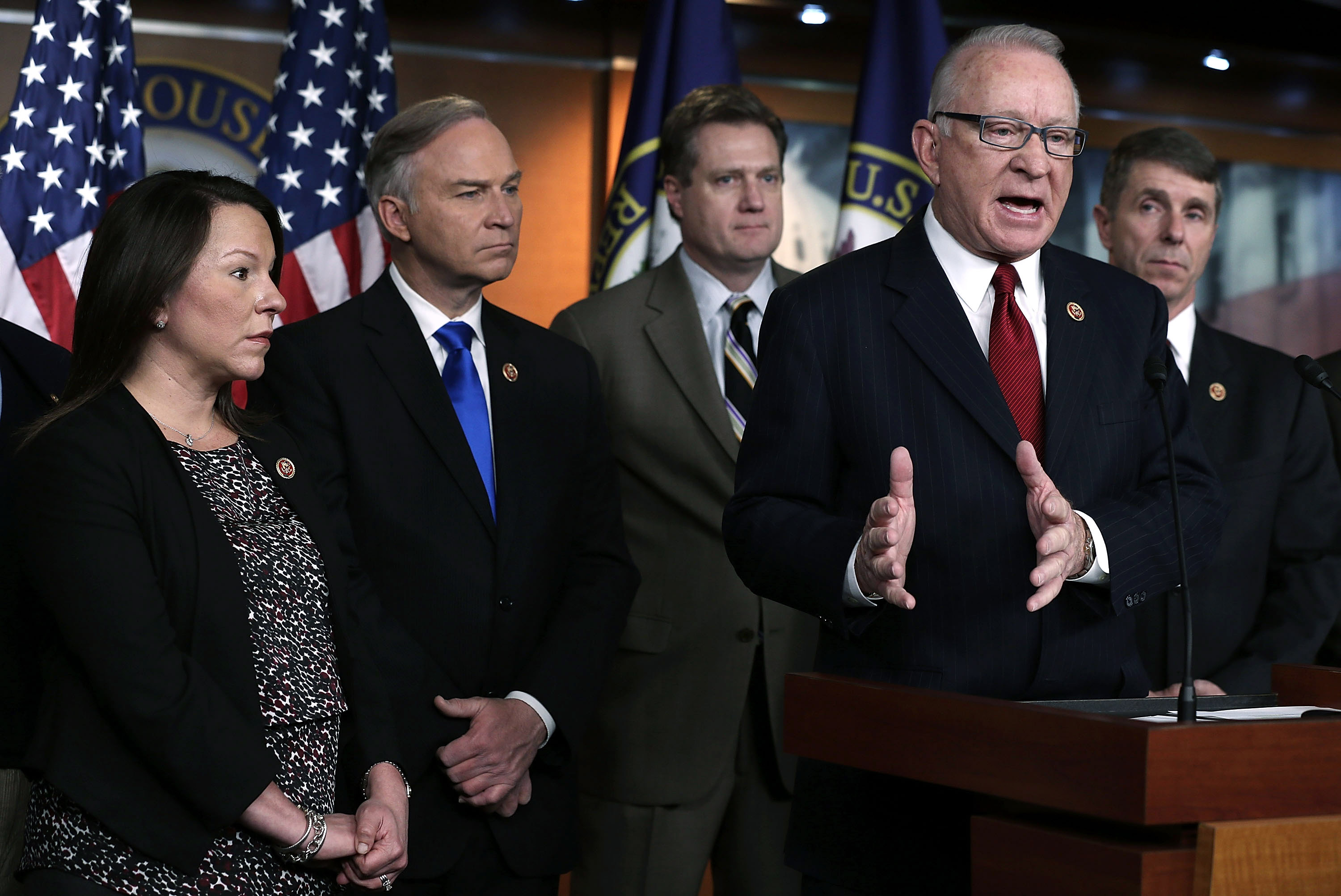 As sequestration rolls into Washington, politicians of every stripe are gearing up for the next phase of negotiations over the wide-reaching, across-the-board spending cuts that have been on the lips of every Beltway insider for weeks. But as the cuts threaten to become a reality, tensions are rising within the GOP -- between old-school defense hawks who say the cuts would cripple military readiness, and the party's anti-government, anti-spending new guard.

Republican lawmakers have been uniformly brutal in targeting President Obama for the cuts, pinning responsibility on the White House and attempting to brand the ordeal as "the president's sequester." The idea for sequestration did originate in the White House, but both Republicans and Democrats supported the idea, and 174 House Republicans -- including House Speaker John Boehner, R-Ohio -- voted in its favor.

Since that bill's passage in 2011, the pervading conventional wisdom has been that sequestration was a "poison package" so equally bad for Republicans and Democrats that it would inspire the rare Washington compromise.

But even as Democrats continue to beat the doom-and-gloom drum, some Republicans have started to sing a different tune, suggesting that the cuts, which are split equally between defense and non-defense discretionary spending, wouldn't actually be that bad.

Sen. Rand Paul, R-Ky., a freshman senator with tea party tendencies and a member of the new, anti-government crowd, argued in a recent op-ed that sequestration is "a pittance that does not cut enough."

"The federal government spends $3.5 trillion a year. This would be a little over two percent of that. Surely the government can find a way to trim a little," one Republican Senate aide told CBSNews.com earlier this week. "Some of these scenarios they're presenting almost hurt the credibility of the administration, and the argument about the consequences of sequester."

In a press conference earlier this week, a handful of senators echoed that sentiment, contending that even the defense department can handle a little belt-tightening.

"Even under this proposal, for the next 10 years, 2014 and beyond, defense spending will go up about 20 percent, argued Sen. John Cornyn, R-Tex. "The American people really don't believe when spending's gone up that much since 2009 -- that a 2.4 percent cut in spending is cutting a lot."

In a press conference this morning, Republican members of the House Armed Services Committee railed against the sequestration cuts, calling them "catastrophic" for military readiness and a disservice to men and women in active duty and at the Defense Department.

Rep. Rob Wittman, R-Va., pointed out that the Defense Department has already cut nearly half a trillion dollars in the past few years, and argued that reducing its budget by another half a trillion would be devastating.

"That, for our military, is catastrophic," he argued. "We're at a point where we look at our readiness, our ability to meet the threats that are out there, and just as you heard, we are at a place of increased risk at a place of what our military leaders say is a readiness crisis."

Even while those Republicans blasted what committee chairman Rep. Buck McKeon, R-Calif., called "a lack of leadership and truth-telling" on the part of Mr. Obama, he also echoed some key points being made by the president's administration at the Pentagon.

"We have the responsibility to protect our nation's defense and to make sure that those who we send out to war have the things that they need to carry out their missions and return home safely," McKeon argued. "We are done cutting our defense. You know, we are fairly intelligent. We know that we can cut two cents out of the dollar of government spending. Every family in this nation has had to do that. But while we've cut those two cents, 50 cents have come out of our national defense for every dollar we've spent."

He added: "We are telling the president and John Boehner: When you walk out of that meeting [with Mr. Obama and other congressional leaders] this morning, don't plan on cutting our national defense one more cent."

Boehner, who has decried sequestration and targeted Mr. Obama as the culprit for its perpetration, pressed the president and Senate Majority Leader Harry Reid, D-Nev., this morning to produce a passable plan for averting the cuts. But there's a major sticking point between the two parties: Democrats want to replace the cuts with a package that would raise tax revenues by closing various loopholes, while Republicans insist that's a non-starter.