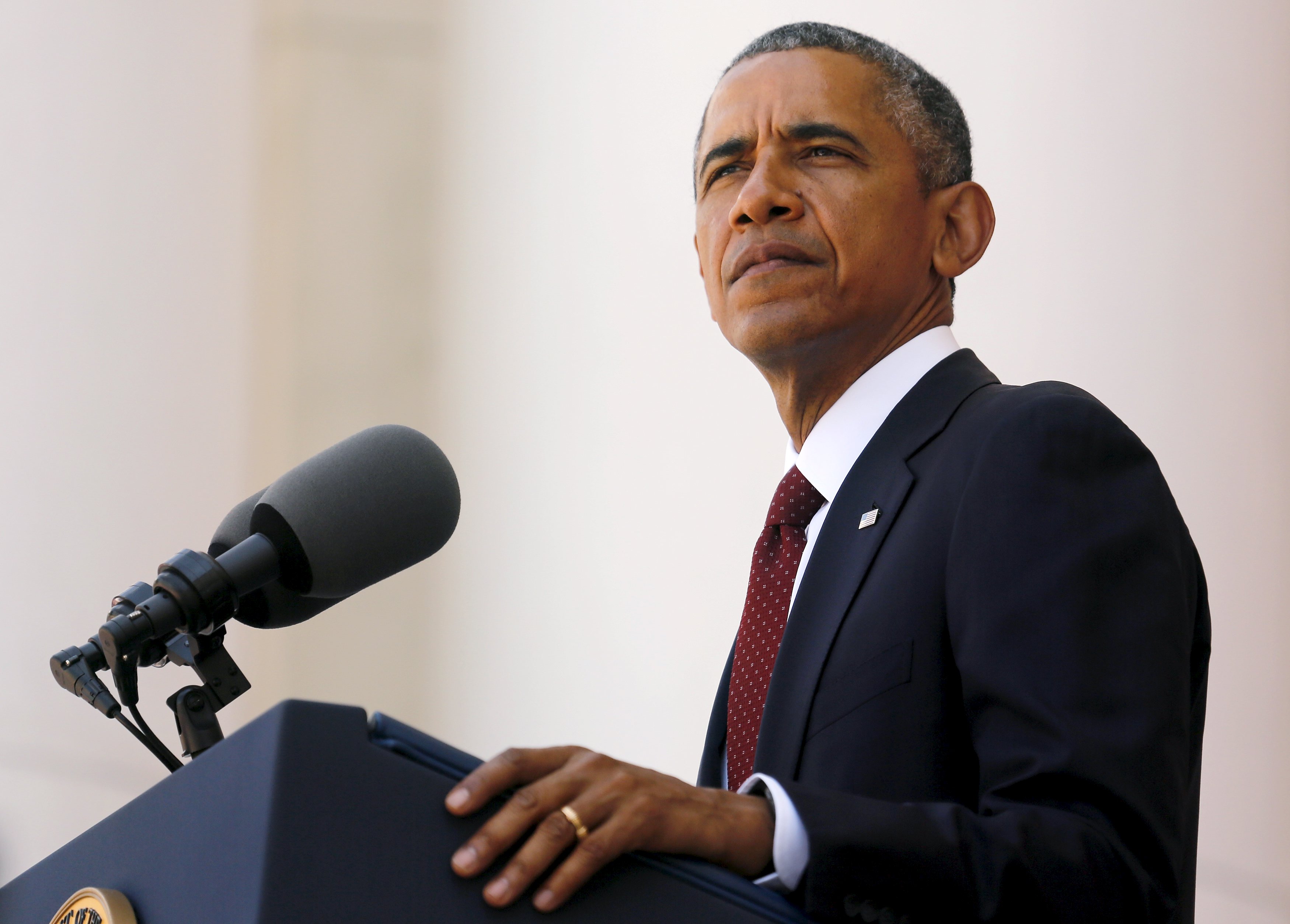 As the deadline approaches to renew key provisions of the Patriot Act, President Obama is urging Congress to pass an NSA reform bill that would curb the agency's controversial surveillance powers without expiring them completely.

"Tomorrow -- Sunday, at midnight -- some important tools we use against terrorists will expire," Mr. Obama said Saturday in a video. "That's because Congress has not renewed them and because legislation that would -- the USA Freedom Act -- is stuck in the Senate."

The legislation passed through the House with an overwhelming margin earlier this month. But the final 338-to-88 vote has meant little in the Senate's deliberative process: A vote on the USA Freedom Act fell just three votes short of the 60-vote threshold to move forward last week.

After its short break, the Senate will convene in a rare Sunday session, where it is expected to take up another vote on the legislation.

The president cautions that the bill's passage is a matter of national security.

"Terrorists like al Qaeda and ISIL aren't suddenly going to stop plotting against us at midnight tomorrow," Mr. Obama said, using a different name for the Islamic State of Iraq and Syria, or ISIS. "And we shouldn't surrender the tools that help keep us safe. It would be irresponsible. It would be reckless. And we shouldn't allow it to happen."

Opponents of the bill, like Republican presidential candidate and Kentucky Sen. Rand Paul, believe that the provisions in the USA Freedom Act fall short of requiring specific warrants for government surveillance.

The Kentucky libertarian, who recently embarked on a 10-hour marathon speech on the Senate floor in protest of the spying powers, has even vowed to "force the expiration" of the NSA surveillance programs once the Senate reconvenes Sunday.

Knocking the USA Freedom Act naysayers, the president said that "a small group of senators is standing in the way" of the bill's progress.

"And, unfortunately, some folks are trying to use this debate to score political points," Mr. Obama added. "But this shouldn't and can't be about politics."

It's a warning he's made before.

On Friday, the president told reporters at the White House that he didn't want the United States to "be in a situation in which for a certain period of time those authorities go away and suddenly we're dark."

"And heaven forbid we've got a problem where we could've prevented a terrorist attack or apprehended someone who was engaged in dangerous activity," Mr. Obama continued.

The president also outlined the specifics of the legislation, which would end the bulk metadata program as it exists. The government would also no longer be the gatekeepers of the phone records -- "telephone providers will," he said.

The bill also includes added safeguards to surveillance laws to "help build confidence among the American people that your privacy and civil liberties are being protected," Mr. Obama said.

"Put the politics aside," the president urged in the video. "Put our national security first. Pass the USA Freedom Act -- now. And let's protect the security and civil liberties of every American."

"Providing the men and women of our military with the training and resources they need increases their ability to complete their assigned mission and safely return home," Sen. Deb Fischer, R-Nebraska, said Saturday in a video.

The Senate Armed Services Committee member urged passage of the bill, which Republicans have said "takes a commonsense approach" to military spending.

"It cuts spending from programs that have been delayed or failed to perform and redirects that revenue to meet the critical needs of our warfighters," Fischer added.

Though the National Defense Authorization Act passed the House, several Democrats had expressed their opposition to the measure.

They warned that the bill -- which puts $89 billion into an emergency war fund and effectively skirts sequestration's defense spending caps -- could open up the budget to sharp cuts in non-defense domestic spending later in the year. Mr. Obama has also threatened to veto the act should it arrive on his desk.

Fischer touted the bill's reported $10 billion in savings as a benefit, saying that it also sets aside $400 million for technological development.

"From Iran's nuclear ambitions to China's aggressive territorial expansion, Russia's belligerence as a regional bully, and the growing threat of the Islamic State, we have no shortage of challenges," the Nebraska Republican added. "This underscores the importance of providing for our military."