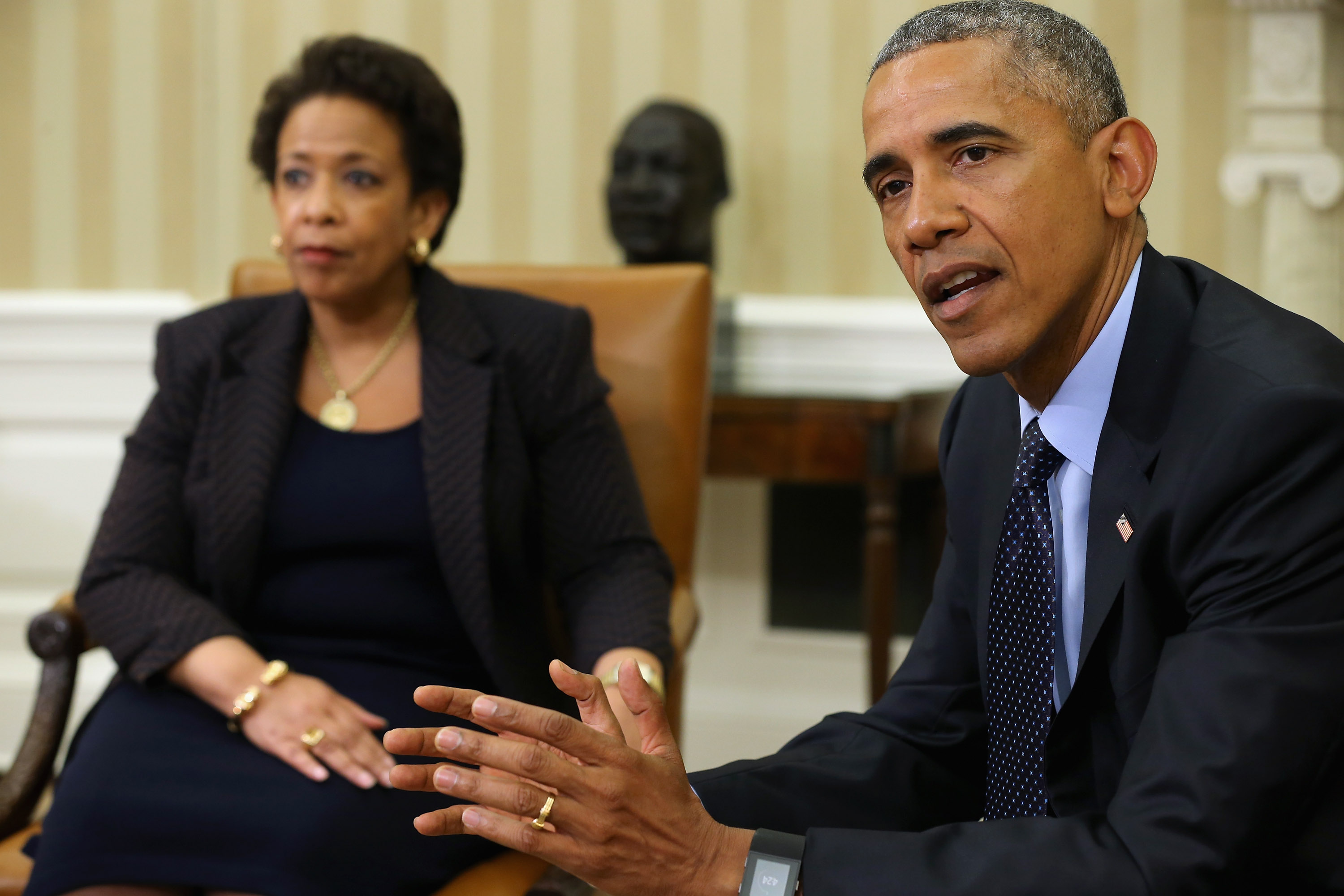 President Obama on Friday urged the Senate to pass the USA Freedom Act to reform one of the NSA's controversial surveillance programs before it expires completely, warning that failure to do so could leave the nation at risk.

"I don't want us to be in a situation in which for a certain period of time those authorities go away and suddenly we're dark, and heaven forbid we've got a problem where we could've prevented a terrorist attack or apprehended someone who was engaged in dangerous activity," Mr. Obama said to reporters from the White House, "But we didn't do so simply because of inaction in the Senate."

The authority for the National Security Agency's bulk phone records collection program is set to expire on June 1 if Congress doesn't act. The House earlier this month passed the USA Freedom Act, which would effectively end the program in its current from. However, it would still let the government access records from the phone companies, which would be obligated to hold onto those records.

It's unclear whether the USA Freedom Act can make it through the Senate, where libertarian Sen. Rand Paul, R-Kentucky, has opposed the bill on the premise that it doesn't do enough to protect civil liberties.

Last week, Senate Majority Leader Mitch McConnell, R-Kentucky, intended to start debate on the Senate floor over the NSA program. McConnell and a group of other conservatives want to extend the NSA phone records program as it exists, rather than reforming it. To stop a potential vote on an extension of the program, Paul staged a so-called filibuster to delay any debate on the subject at all. Now, Senate has just days to act before the program expires.

Mr. Obama noted Friday that there are Democrats and Republicans in both the House and the Senate who support the USA Freedom Act.

"The only thing that's standing in the way are a handful of senators who are resisting these reforms," he said.