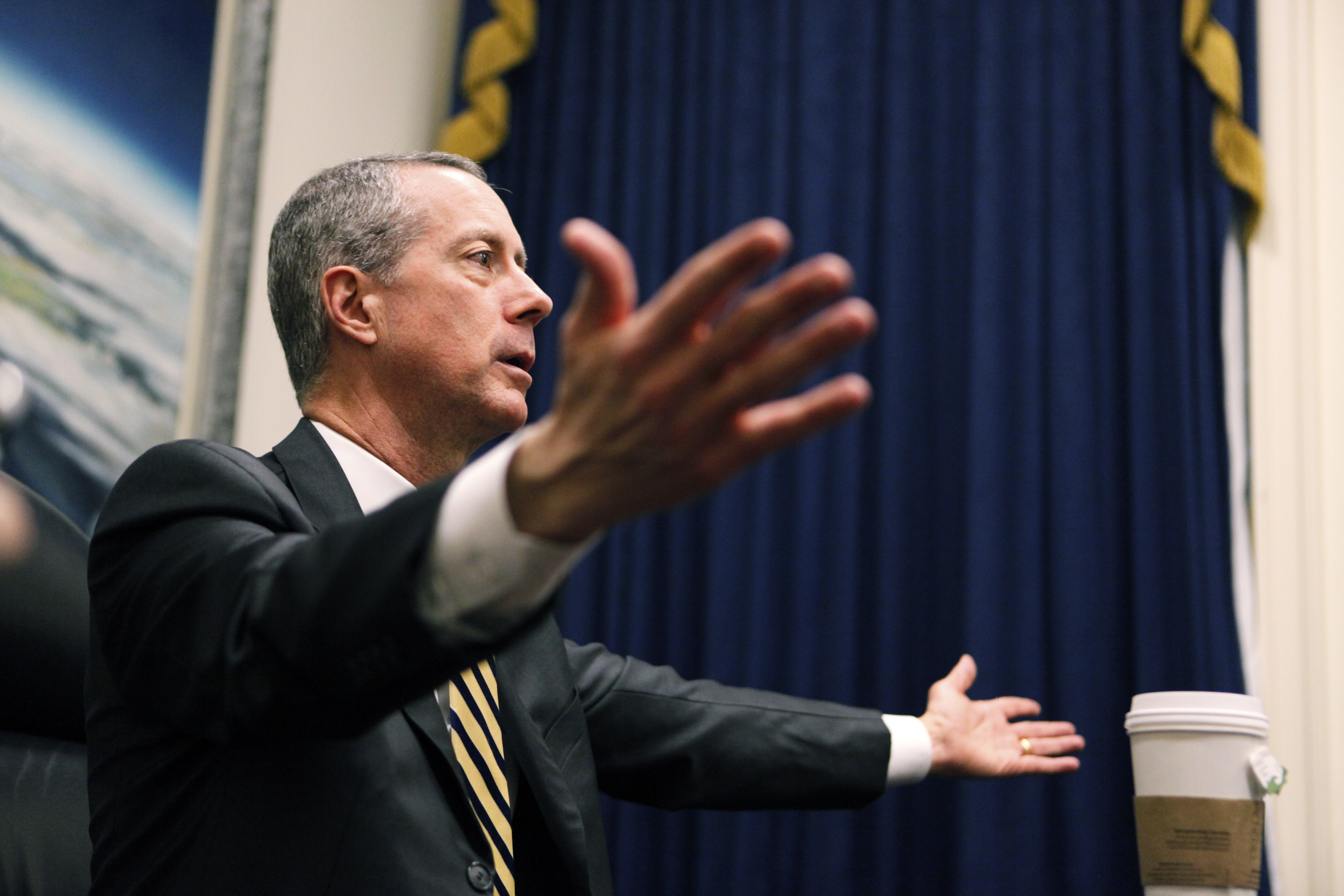 On this Memorial Day weekend, the Republican Party is gearing up for a fight on the controversial defense spending bill that recently passed the House, despite White House veto threats and steep Democratic opposition.

"The House bill authorized exactly the amount the president requested to keep America safe," Rep. Mac Thornberry, R-Texas, said Saturday in a video. "But he wants more money for domestic programs and has threatened to veto the defense bill unless he gets it."

"We're always going to have our differences, but it's wrong for anyone to play politics with defense," the House Armed Services Committee chair added. "The world is too dangerous, and the men and women who serve are too precious for that."

Regardless of the president's veto warning, the House passed the nearly $612 billion defense policy bill last week. House Democrats opposing the measure warned that the bill -- which puts $89 billion into an emergency war fund to skirt sequestration's defense spending caps -- could open up the budget to sharp cuts in non-defense domestic spending later in the year.

House Republicans are now pushing for their upper-chamber counterparts to pass the bill regardless of the president's veto threats. Thornberry said the bill "gives our troops a raise and updates their benefits" and helps protect the nation against extremist terror threats like ISIS.

But Democrats have pushed back against that claim.

"The Republican defense authorization bill before the House is both bad budgeting and harmful to military planning - perpetuating uncertainty and instability in the defense budget and damaging the military's ability to plan and prepare for the future," House Minority Leader Rep. Nancy Pelosi, D-California, said last week.

The GOP asserts that to do anything but pass the legislation would pose a danger to the country and those in the armed services.

"I think we have to do more than honor the fallen," Thornberry said. "We have a duty to honor what they fought for so that, in the words of Lincoln at Gettysburg, 'we here highly resolve that these dead shall not have died in vain.'"

In his own video address, Mr. Obama also commemorated the fallen heroes of war, noting that this Memorial Day is "especially meaningful" because it is the first since the U.S. formally ended its war in Afghanistan.

"Like generations of heroes before them, these Americans gave everything they had - not for glory, not even for gratitude, but for something greater than themselves," Mr. Obama said Saturday.

"We have to honor their memory," the president said. "We have to care for their families and our veterans who served with them. And as a nation, we have to remain worthy of their sacrifice - forever committed to the country they loved and the freedom they fought for and died for."

The president also previewed his plans for Memorial Day, where he intends to join veterans and their families at Arlington Cemetery to honor those who had given their lives for their country, including the more than 2,200 soldiers who gave their lives in Afghanistan.

He shared in his video address a few stories of soldiers who had died and noted in particular the lives of Spc. Wyatt Martin and Sgt. 1st Class Ramon Morris, the last two Americans who had fallen in the U.S. combat mission in Afghanistan.

"We cannot bring them back, nor can we ease the pain of their families and friends who live with their loss," Mr. Obama said. "But we are the Americans they died to defend. So what we can do - what we must do - is fulfill our sacred obligations to them, just like they fulfilled theirs to us."