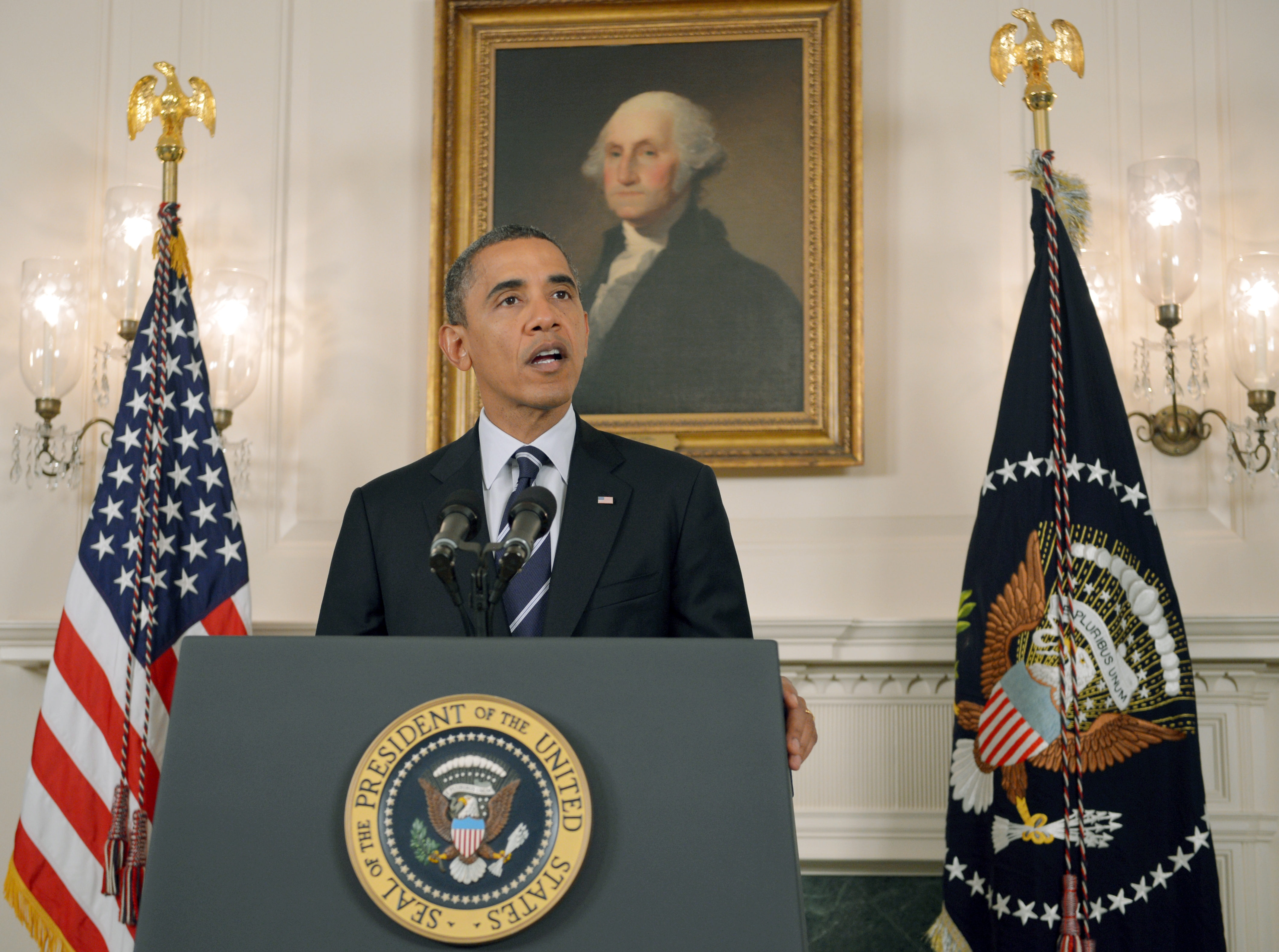 (CBS News) President Obama on Tuesday urged residents of the Gulf Coast to heed the directions of local officials as they prepare for the arrival of Isaac, the tropical storm that's expected to reach hurricane strength and hit land later in the day.

"Now is not the time to tempt fate," Mr. Obama said from the White House. "You need to take this seriously."

Under the president's direction, Federal Emergency Management Agency (FEMA) officials have been on the ground in the Gulf region for over a week, but "the hardest work is still ahead," Mr. Obama said.

"I'll continue to make sure the federal government is doing everything possible to help the American people prepare and recover from this dangerous storm," the president said.

Mr. Obama gave this reassurance to Gulf Coast residents before departing on a two-day campaign swing through college towns in three key swing states. College students were a key part of Mr. Obama's 2008 base -- one he hopes to re-energize this year.

Mr. Obama's decision to stay on the trail even as the storm approaches shows how seriously his campaign is taking Mitt Romney's candidacy. A new CBS News poll released Tuesday morning shows Mr. Obama leads by just one point -- 46 percent to 45 percent -- among registered voters who lean towards a candidate. Just 6 percent of voters are undecided.

Seven years ago this week, Hurricane Katrina devastated New Orleans, and once again, a storm threatens to flood the area. Louisiana, Mississippi, Alabama and the Florida Panhandle could also see flooding.

Mr. Obama on Monday approved a disaster declaration for the state of Louisiana so it can get the resources it needs, particularly for evacuations under way. Additionally, Mr. Obama noted Tuesday that there are response teams on the ground with supplies, ready to help communities expected to fall in the path of the storm. He said that he received updates on the situation Tuesday morning from Homeland Security Secretary Janet Napolitano, FEMA head Craig Fugate and National Hurricane Center Director Dr. Rick Knabb.

While the president says the federal government is prepared to respond to the storm, he runs the risk of appearing unsympathetic or unresponsive to the storm by campaigning as it makes landfall. Even though Isaac is bypassing Tampa, Fla., where the Republican National Convention is under way, Republican officials have left open the option of curtailing convention events because of the storm.

Though Mr. Obama will stay on the trail, Vice President Joe Biden canceled planned appearances in Florida because of Isaac.