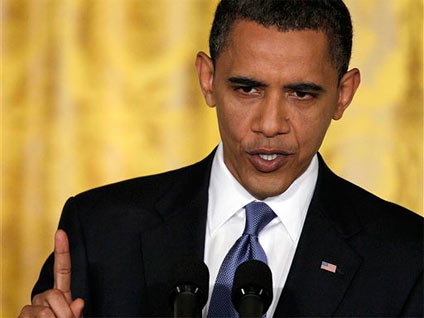 Watch CBS News Videos Online
President Obama said at his press conference today that he "can assure the public that nothing improper took place" in conversations between the White House and Rep. Joe Sestak, who suggested earlier this year he was offered a White House job in exchange for dropping his primary challenge against Pennsylvania Sen. Arlen Specter.

Sestak stayed in the race and eventually defeated Specter, at which point Republicans made a renewed push for the White House and Sestak to reveal the nature of the conversations.

House Oversight and Government Reform Committee Ranking Member Darrell Issa, who has been pressing this issue for months, called for a special prosecutor in April. He alleges that the White House may have violated anti-bribery provisions of the federal criminal code as well as prohibitions on government officials interfering in elections and using federal jobs for a political purpose if it made the offer.

Yesterday, the seven Republicans on the Senate Judiciary Committee joined that call, and some Democrats, among them Sen. Dick Durbin and Rep. Anthony Weiner, have called on the White House to make clear exactly what took place.

The president said at the press conference today that "there will be an official response shortly on the Sestak issue which I hope will answer your questions" - and added that "shortly" meant in the very near future.

The White House has bushed off questions about the issue for months, insisting that any conversations that took place were not inappropriate. Sestak has stood by his February allegation of a job offer but declined to discuss it further, saying that doing so gets into politics.