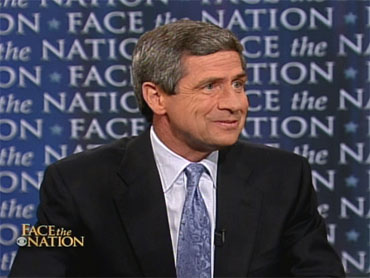 The seven Republicans on the Senate Judiciary Committee today called on Attorney General Eric Holder to appoint a special prosecutor to investigate Joe Sestak's suggestion that he was offered a White House job in exchange for dropping his (ultimately successful) challenge to Sen. Arlen Specter in the Pennsylvania Democratic Senate primary.

House Oversight and Government Reform Committee Ranking Member Darrell Issa, who has been pressing this issue for months, called for a special prosecutor in April. He alleges that the White House may have violated anti-bribery provisions of the federal criminal code as well as prohibitions on government officials interfering in elections and using federal jobs for a political purpose if it made the offer.

Sestak has stood by his claim, made in an offhand fashion in February, that he was offered the job -- though he has refused to discuss it further. The White House has largely brushed off questions about the alleged offer, ultimately stating that the conversations were "not problematic" and that "nothing inappropriate" took place. White House senior adviser David Axelrod said that White House lawyers found any interaction to have been "perfectly appropriate."

"No administration should be allowed to assume what they do and say is legal because they say it's legal," he said. "It's for Congress to decide whether or not this was inappropriate." He has suggested the situation could lead to President Obama's impeachment.

The seven Republicans calling for a special prosecutor are Tom Coburn, Orrin Hatch, Jon Kyl, Jeff Sessions, Lindsey Graham, Chuck Grassley and John Cornyn. In a letter, they wrote that "the White House cannot possibly manage an internal investigation of potential criminal misconduct while simultaneously crafting a public narrative to rebut the claim that misconduct occurred."

Issa's request for a special prosecutor was already rebuffed, with the Department of Justice saying it "has a long history of handling investigations of high level officials professionally and independently, without the need to appoint a special counsel."

Sestak's opponent in the Pennsylvania Senate race, Republican Rep. Pat Toomey, has called on Sestak to "tell the public everything he knows about the job he was offered, and who offered it." Issa has pushed for a House ethics investigation of Sestak.

Some Democrats, including Rep. Anthony Weiner and Sen. Dick Durbin, have called for Sestak and the White House to make clear exactly what took place. In the coming days, the White House is expected to address the matter more seriously than it has in the past.