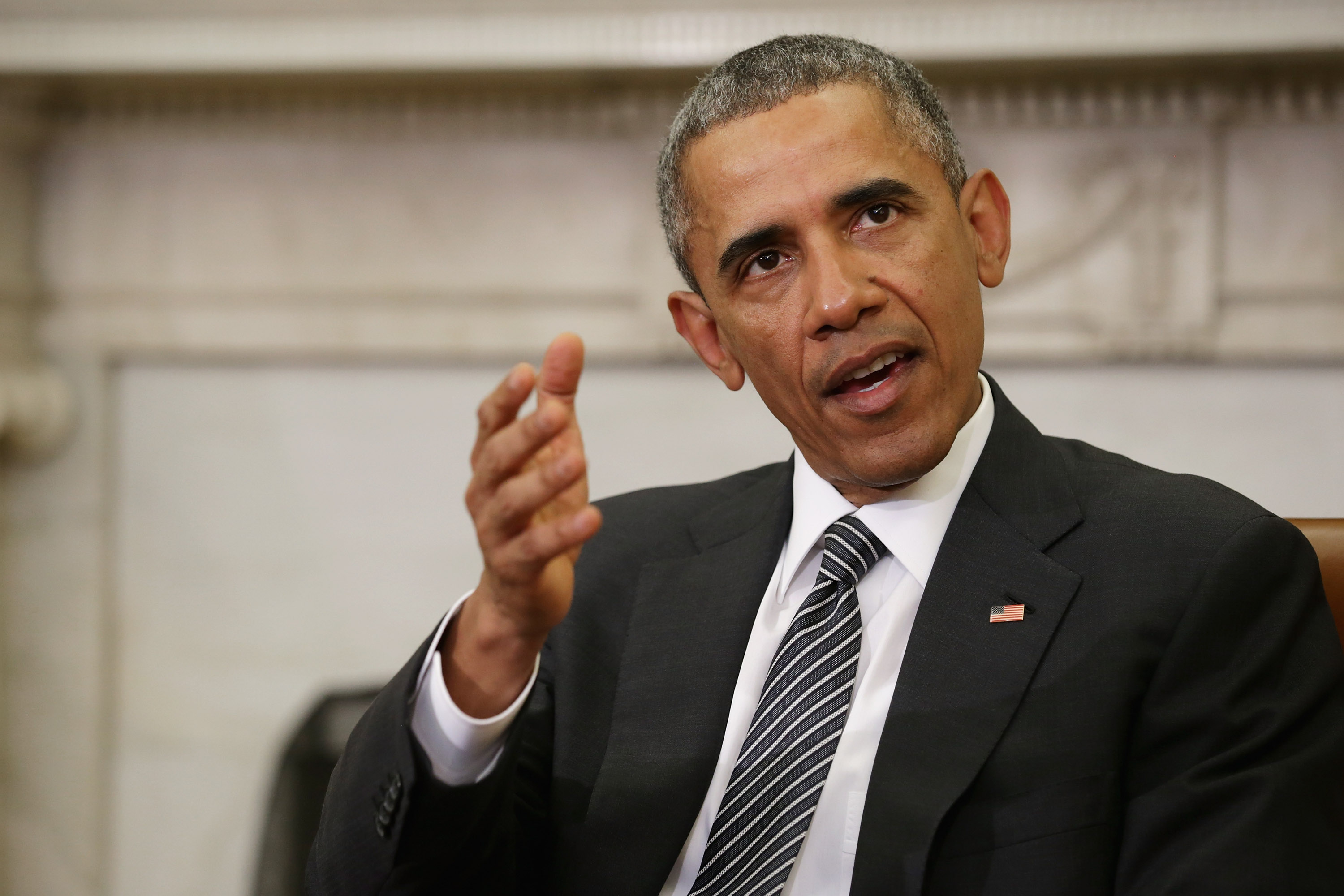 WASHINGTON -- The summit President Obama is addressing Wednesday on the threat of violent extremism is not the summit he envisioned.

In any event, the president plans to stress to attendees that communities worldwide can be pivotal in dampening the threat of terrorism across the globe.

Planned for last October, the summit never happened before the midterm elections. In the months since, the situation has just gotten worse, with the Islamic State of Iraq and Syria (ISIS) metastasizing and European cities learning firsthand that extremism's reach is not confined to the Middle East.

As crises boil over in Yemen and Libya, Mr. Obama is asking Congress to take a tough vote backing his military plan to defeat ISIS extremists in Iraq and Syria. But U.S. military action has so far proven the wrong tool to combat a robust social media and propaganda operation whose success at recruiting fighters and jihadists from western communities like Denver and Chicago has been alarmingly impressive.

With that threat in mind, Mr. Obama is hoping to concentrate the world's focus on the need to combat the underlying ideologies that entice otherwise modern individuals - including many disaffected youth - to behead a non-believer, kidnap a schoolgirl or shoot up a synagogue.

During the three-day conference, Mr. Obama is working to highlight local models for preventing radicalization that could be replicated in other communities.

"We must stand united internationally and here at home," Mr. Obama wrote in an op-ed article Wednesday in the Los Angeles Times. "We know that military force alone cannot solve this problem. Nor can we simply take out terrorists who kill innocent civilians. We also have to confront the violent extremists -- the propagandists, recruiters and enablers -- who may not directly engage in terrorist acts themselves, but who radicalize, recruit and incite others to do so.

"This week, we'll take an important step forward as governments, civil society groups and community leaders from more than 60 nations gather in Washington for a global summit on countering violent extremism. Our focus will be on empowering local communities.

The president went on to say, "We know from experience that the best way to protect people, especially young people, from falling into the grip of violent extremists is the support of their family, friends, teachers and faith leaders. At this week's summit, community leaders from Los Angeles, Minneapolis and Boston will highlight innovative partnerships in their cities that are helping empower communities to protect their loved ones from extremist ideologies."

He later added, "Our campaign to prevent people around the world from being radicalized to violence is ultimately a battle for hearts and minds."

The White House finally put a date on the calendar for the summit last month, in the wake of a shooting at a Paris newspaper that shook Europe to attention and earlier attacks in Canada and Australia. In the weeks since, Mr. Obama and top U.S. officials have sought to portray the U.S. as at a lower risk because of what they call an American tradition of making immigrants feel like full members of their new society.

"We haven't always gotten it right," Vice President Joe Biden said Tuesday as he opened the summit. "But we have a lot of experience integrating communities into the American system, the American dream."

Mr. Obama's keynote speech to the summit Wednesday afternoon will follow a series of speeches and panels examining the links between extremism and faith, gender, the Internet and the private sector.

Although the White House has gone to great lengths to avoid linking the campaign directly to Islamic extremism, it comes as the U.S. seeks to enlist other, mostly Arab or Muslim nations to join together to rid places like Yemen, Nigeria and Iraq of militant groups claiming adherence to rigid interpretations of Islam.

The U.S. is not the only country pushing anew for deeper involvement from the rest of the world in preventing the spread of extremist groups. After ISIS militants in Libya beheaded a group of Egyptian Christians in a video released this week, Cairo is pressing the United Nations to approve a new coalition for airstrikes. The U.N. Security Council was to meet Wednesday in an emergency session on Libya.

On Thursday, Mr. Obama will speak at the State Department, where representatives of some 60 countries are scheduled to meet. The White House declined to release a list of attendees in advance, suggesting the U.S. was still working to secure support and participation, but representatives from the United Kingdom, Jordan, France, Egypt, the United Arab Emirates and Kuwait were expected to attend.