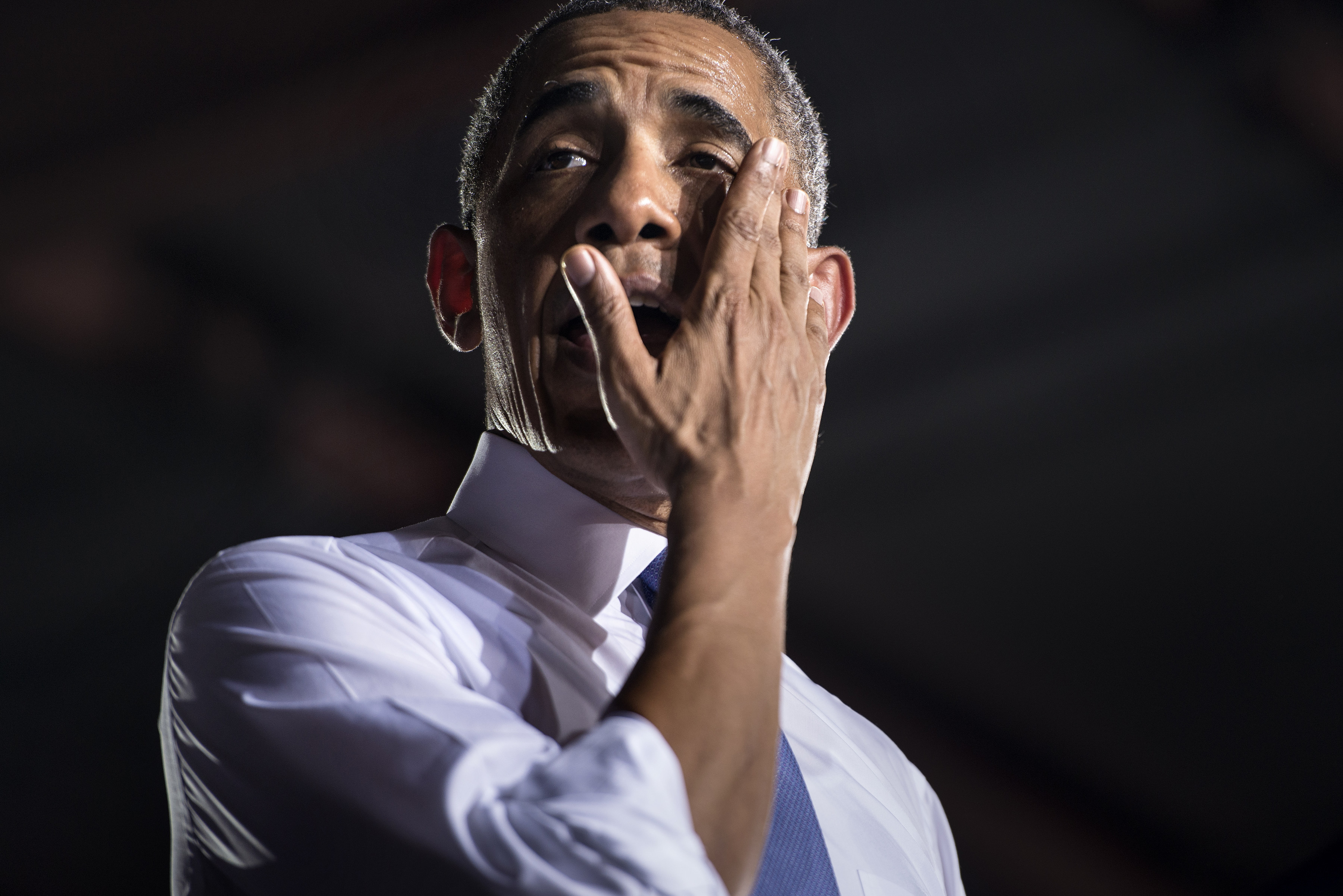 More than five weeks after the botched HealthCare.gov rollout, President Obama acknowledged in an interview with NBC News, "The buck stops with me. You know, I'm the president. This is my team. If it's not working, it's my job to get it fixed."

The president also said he's "sorry" that millions of Americans are being dropped from insurance plans that don't meet the minimum coverage standards set by Obamacare.

"I am sorry that they, you know, are finding themselves in this situation, based on assurances they got from me," he said.

The president's repentant tone was weeks in the making.

On Oct. 1, the day the administration launched HealthCare.gov, the federal website that serves as a portal in 36 states to the new Obamacare marketplace, Mr. Obama minimized the website's technical problems and focused on the silver lining: People have shown interest in the marketplace.

The traffic on the site, Mr. Obama said, "exceeds anything that we had expected," leading to the site's problems. The high traffic, he said, "gives you a sense of how important this is to millions of Americans across the country, and that's a good thing." The president pointed out that Apple had recently rolled out a glitchy operating system, but "I don't remember anybody suggesting Apple should stop selling iPhones or iPads."

Three weeks later, after it became clear that the website's problems went far beyond heavy traffic, Mr. Obama said from the White House Rose Garden "there's no sugar-coating" the issues. Still, the point of his remarks that day was to defend the law. "The essence of the law -- the health insurance that is available to people -- is working just fine," he said.

By the end of October, it became clear that members of the administration knew about the website's problems before its launch. Amid reports of failed HealthCare.gov test runs, Health and Human Services Secretary Kathleen Sebelius apologized for the dysfunctional website.

Around that same time, the administration started taking heat for the millions losing their insurance on the individual market.

The same day Sebelius apologized, Mr. Obama went to Boston -- the birthplace of the Massachusetts health care law that inspired Obamacare -- and said he stood by his promise that those who liked their coverage before the Affordable Care Act became law could keep that coverage. His opponents suggested that people were losing insurance "somehow because of the Affordable Care Act," Mr. Obama said, arguing that, in fact, consumers only lost coverage if insurers altered their policies after the health law took effect.

Mr. Obama at that point was more contrite about the ongoing website problems "There's no excuse for it," he said in Boston. "I take full responsibility for making sure it gets fixed ASAP."

Still, a recently as Wednesday, Mr. Obama defended his law and slammed Republicans for complaining about a dysfunctional website while refusing to take easier steps to expand coverage, such as modifying Mediciad.

In his interview with NBC, Mr. Obama said that he, along with the American people, was "burned" by the website. "I am deeply frustrated about how this website has not worked over the first couple of weeks. And, you know, I take responsibility of that," he said.

As for the anger over dropped insurance plans on the individual market, Mr. Obama said, "I regret very much that... we weren't as clear as we needed to be, in terms of the changes that were taking place. And I want to do everything we can to make sure that people are finding themselves in a good position-- a better position than they were before this law happened."

Mr. Obama maintained his argument that "churn in the market" meant that insurers were changing up plans on the individual market, with or without Obamacare. He did concede, however, how much of a problem this is for some people. "We also want to make sure that nobody is put in a position where their plan's been cancelled," he said. "They can't afford a better plan, even though they'd like to have a better plan. And so we're going to have to work hard to make sure that those folks are, you know, taken care of."