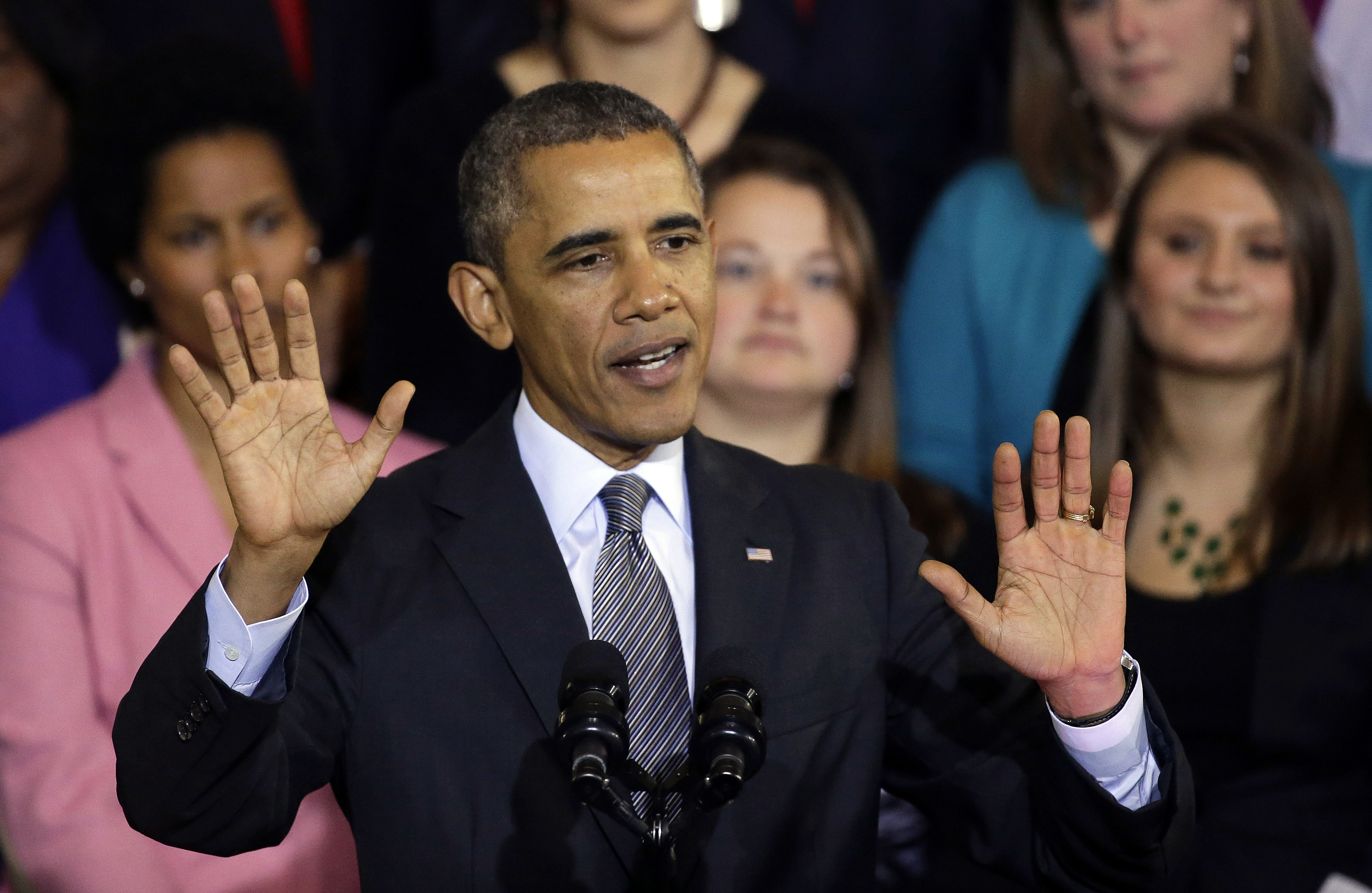 WASHINGTON President Barack Obama says he's sorry Americans are losing health insurance plans he repeatedly said they could keep under his signature health care law. But the president on Thursday stopped short of apologizing for making those promises in the first place.

"I am sorry that they are finding themselves in this situation based on assurances they got from me," he said in an interview with NBC News.

Signaling possible tweaks to the law, Obama said his administration was working to close "some of the holes and gaps" that were causing millions of Americans to get cancellation letters.

"We've got to work hard to make sure that they know we hear them, and we are going to do everything we can to deal with folks who find themselves in a tough position as a consequence of this," he said.

The president's apology comes as the White House tries to combat a cascade of troubles surrounding the rollout of the health care law often referred to as "Obamacare." The healthcare.gov website that was supposed to be an easy portal for Americans to purchase insurance has been riddled by technical issues. And with at least 3.5 million Americans receiving cancellation notices from their insurance companies, there's new scrutiny aimed at the way the president tried to sell the law to the public in the first place.

In Thursday's interview, Obama took broader responsibility for the health care woes than in his previous comments about the rollout, declaring that if the law isn't working "it's my job to get it fixed."

"When you've got a health care rollout that is as important to the country and to me as this is and it doesn't work like a charm, that's my fault," he said.

Some Republicans, who remain fierce opponents of the law three years after it won congressional approval, appeared unmoved by Obama's mea culpa.

"If the president is truly sorry for breaking his promises to the American people, he'll do more than just issue a half-hearted apology on TV," Senate Minority Leader Mitch McConnell, R-Ky., said in a statement.

In recent days, focus has intensified on the president's promise that Americans who liked their insurance coverage would be able to keep it. He repeated the line often, both as the bill was being debated in Congress and after it was signed into law.

But the health care law itself made that promise almost impossible to keep. It mandated that insurance coverage must meet certain standards and that policies falling short of those standards would no longer be valid unless they were grandfathered, meaning some policies were always expected to disappear.

The White House says under those guidelines, fewer than 5 percent of Americans will have to change their coverage. But in a nation of more than 300 million people, 5 percent is about 15 million people.

Officials argue that those forced to change plans will end up with better coverage and that subsidies offered by the government will help offset any increased costs.

"We weren't as clear as we needed to be in terms of the changes that were taking place," Obama told NBC. "And I want to do everything we can to make sure that people are finding themselves in a good position, a better position than they were before this law happened."

The president's critics have accused him of misleading the public about changes that were coming under the law, which remains unpopular with many Americans.

Obama dismissed those accusations, insisting the White House was operating in "good faith." He acknowledged that the administration "didn't do a good enough job in terms of how we crafted the law" but did not specify what changes might be made. Nor did he say whether he supported a variety of proposals on Capitol Hill to address issues that have arisen since the insurance sign-ups launched on Oct. 1.

Sen. Mary Landrieu, D-La., has proposed requiring insurance companies to reinstate canceled plans, and Sen. Joe Manchin, D-W.Va., is supporting a measure to delay for a year the penalties for going without insurance. Another Democrat, Sen. Jeanne Shaheen of New Hampshire, is asking Obama to extend the open enrollment period for insurance exchanges because of the widespread problems with the website.

On Wednesday, Obama met at the White House with Senate Democrats facing re-election next year to try to ease their concerns about the impact the rough health care rollout might have on their races. Many senators in the meeting asked for the enrollment period to be extended but the White House said it doesn't that that will be necessary.

The six-month sign-up window ends March 31. Unless Americans have enrolled in a plan by then, they'll face a penalty.

Obama said he remains confident that anyone who wants to buy insurance will be able to do so.

"Keep in mind that the open enrollment period, the period during which you can buy health insurance, is available all the way until March 31," he said. "And we're only five weeks into it."

On Wednesday, Health and Human Services Secretary Kathleen Sebelius had told Congress that it isn't worth delaying the implementation of new Obamacare rules, or taking down the website, in spite of the ongoing problems.

"Delaying the Affordable Care Act wouldn't delay people's cancer or diabetes or Parkinson's," Sebelius testified to the Senate Finance Committee. "For millions of Americans, delay is not an option."

She stressed that the open enrollment period for the new Obamacare insurance marketplace lasts through the end of March. "There's plenty of time to sign up for the new plans," she said.