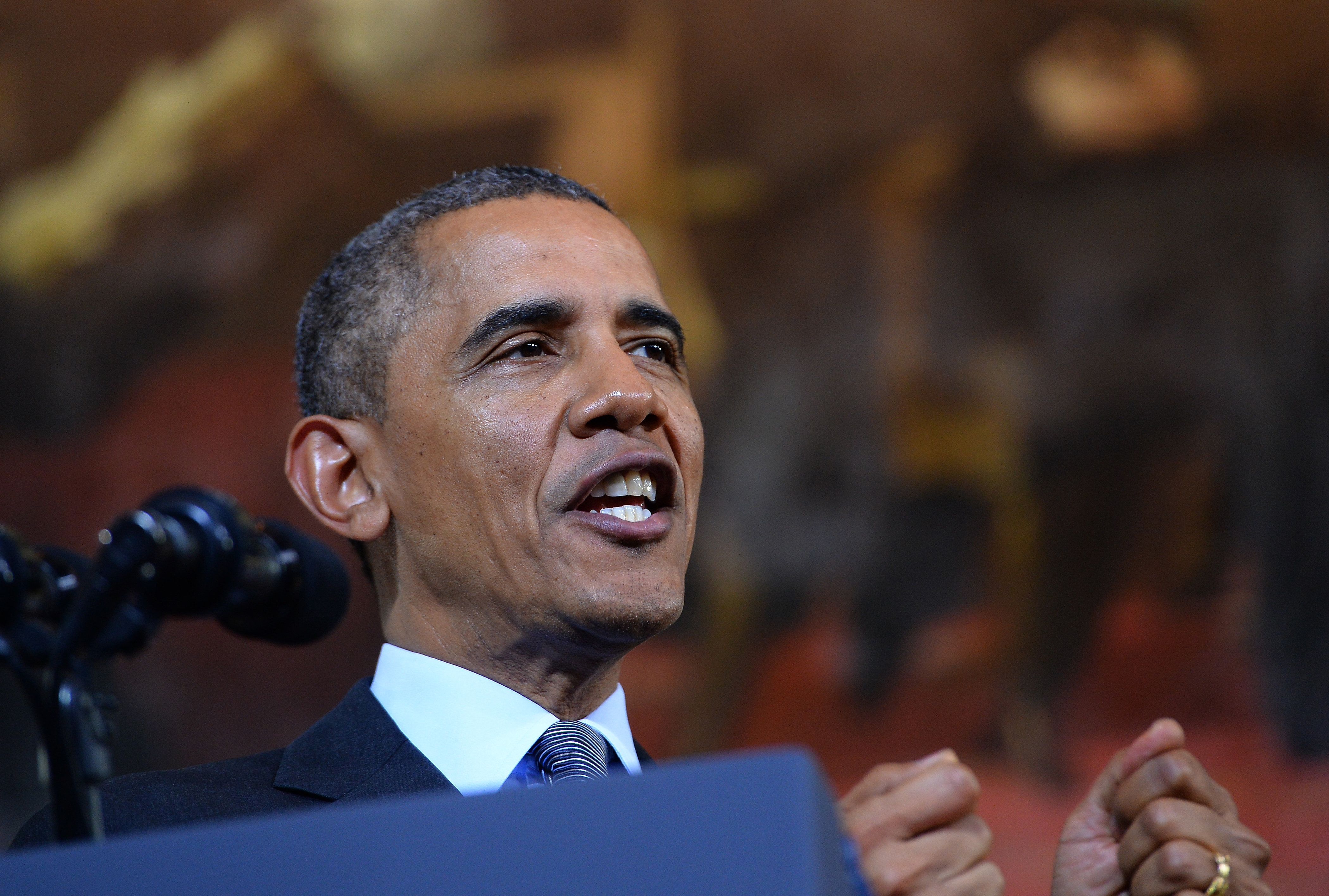 Amid reports of millions of Americans losing their insurance because of new Obamacare regulations, President Obama on Wednesday stood by his promise that those who liked their coverage before the Affordable Care Act became law could keep that coverage.

"If you had one of these substandard plans before the Affordable Care Act became law, and you liked that plan, you were able to keep it," the president said in Boston. Mr. Obama addressed the ongoing controversy over the Affordable Care Act from Faneuil Hall, where in 2006 then-Gov. Mitt Romney, R-Mass., signed the Massachusetts health law that served as a model for the federal law.

Now that the new Obamacare insurance marketplaces are opening, at least 2 million people are getting notices in the mail informing them that they can no longer keep their existing plans. Plans are being canceled if they fail to meet the health care law's 10 minimum standards, including maternity care, emergency visits, mental health treatment and even pediatric dental care.

The dropped plans seemingly violate Mr. Obama's 2009 campaign pledge that, "If you have insurance that you like, then you will be able to keep that insurance."

The president said Wednesday that the notices sent to consumers suggest that they're losing their coverage "somehow because of the Affordable Care Act." He argued, however, that consumers only lost coverage if insurers altered those policies at all after the law took effect. In that case, Mr. Obama said, insurers had to "replace them with quality, comprehensive coverage."

"Today that promise means that every plan in the marketplace covers a core set of minimum requirements," he said. Insurers "can't use allergies or pregnancy... or the fact that you're a woman to charge you more."

He advised the public, "If you're getting one of these letters, just shop around in the new marketplace -- that's what it's for."

A "fraction of Americans" with higher incomes will pay more, Mr. Obama said. But the new competition on the individual market and the tax credits the government is offering will ensure for most people that "you're going to get a better deal."

Mr. Obama said that the Affordable Care Act wasn't just designed to help the uninsured, but to also help the under-insured. Before Obamacare, many Americans on the individual market were getting "cut-rate plans that don't offer real financial protection in the event of an illness or a serious accident."

The president continued, "The worst of these plans routinely dropped thousands of Americans every single year," while those who kept their plans saw their premiums shoot up an average of 15 percent a year.

Almost all insurers currently dropping their "substandard" plans are encouraging consumers get better plans on the new marketplace, Mr. Obama said, and anyone "peddling the notion" that people are getting short-shrifted is being "grossly misleading."

Mr. Obama on Wednesday also acknowledged that HealthCare.gov -- the website that serves as the gateway to the new insurance marketplace for Americans in 36 states -- has been dysfunctional since its Oct. 1 launch.

"There's no excuse for it," the president said. "I take full responsibility for making sure it gets fixed ASAP."

The president said he's confident the site will be fixed and that ultimately the Affordable Care Act will work as envisioned.

"Massachusetts has shown that the model works," he said. Few people signed up in the first month of Massachusetts' 2007 open enrollment period, but by the end of the year, 36,000 people had signed up, the president noted.

"Pretty soon the number of young uninsured people had plummeted," he said. "When recession struck, the financial security of health care sheltered families. Today, there is nearly universal coverage in Massachusetts, and the vast majority of citizens are happy with their coverage."

Both the Massachusetts law and the Affordable Care Act, he said, "connect the progressive vision of health care for all with some ideas about market and competition that have been championed by conservatives."

In spite of his "long and spirited" 2012 campaign against Romney, Mr. Obama said, "I've always believed when he was governor here in Massachusetts he did the right thing on health care."

Romney, meanwhile, released a statement Wednesday saying he still believes the Massachusetts law was crafted to serve the unique circumstances of the state and shouldn't have been "grafted" onto the entire country.

"Beyond that, had President Obama actually learned the lessons of Massachusetts health care, millions of Americans would not lose the insurance they were promised they could keep, millions more would not see their premiums skyrocket, and the installation of the program would not have been a frustrating embarrassment," Romney said. "Health reform is best crafted by states with bipartisan support and input from its employers, as we did, without raising taxes, and by carefully phasing it in to avoid the type of disruptions we are seeing nationally."