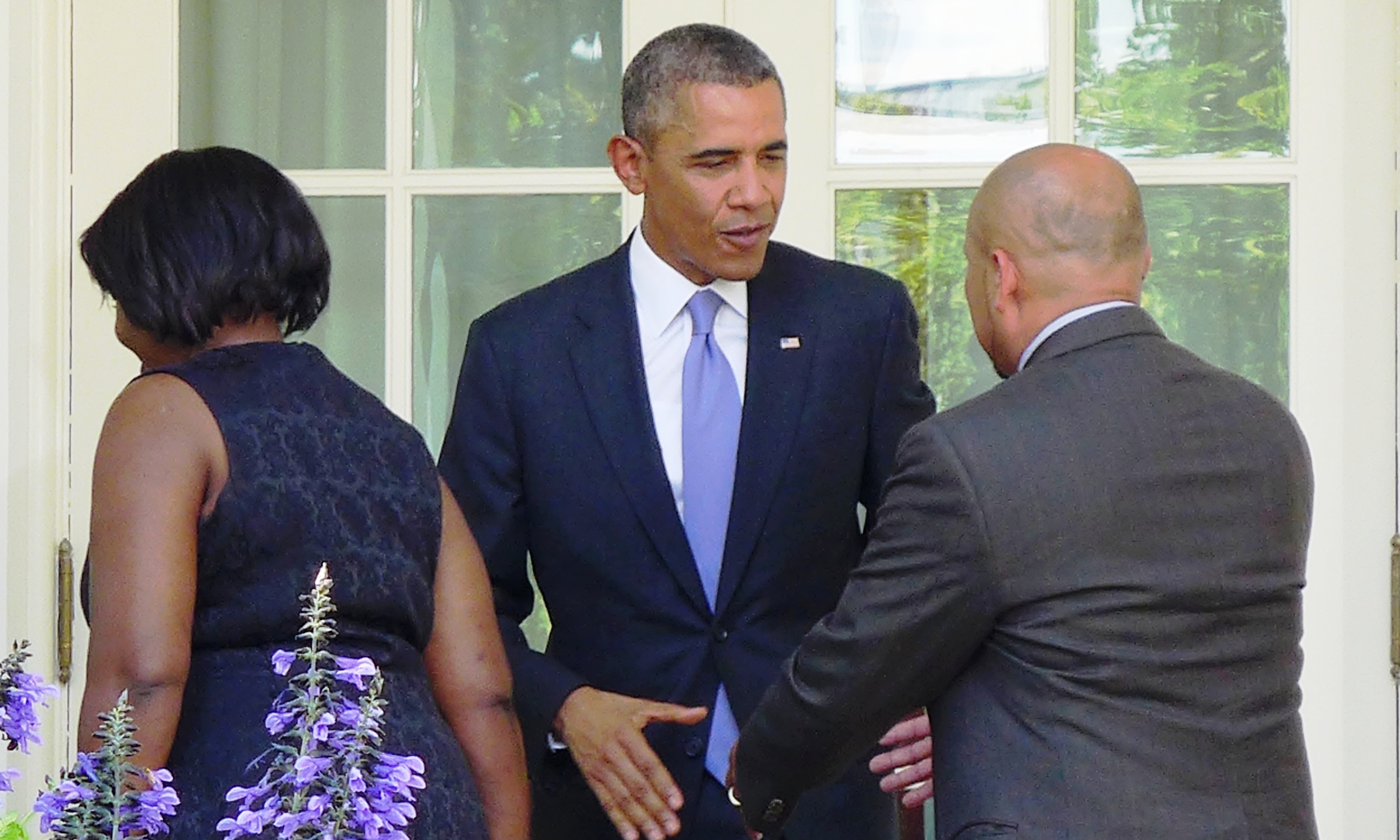 The federal site that directs consumers to their state-based, online insurance marketplaces was running slowly Tuesday morning because of the higher-than-anticipated traffic on the site, President Obama said Tuesday.

The traffic on the site, Mr. Obama said, "exceeds anything that we had expected," and he argued, illustrates the interest in signing up for "Obamacare."

On the first day of open enrollment, more than 1 million Americans visited Healthcare.gov before 7 a.m. ET -- that's five times the number of users than have ever been on Medicare.gov at one time, Mr. Obama said from the White House Rose Garden.

"This gives you a sense of how important this is to millions of Americans across the country, and that's a good thing," the president said, flanked by Americans who will benefit from using the new marketplaces, called exchanges. Each state has its own exchange -- some are state-run and some are federally-run -- where consumers can purchase a private insurance plan. Coverage starts next year, as do new regulations, such as the rule barring insurers from discriminating against people with pre-existing conditions.

Conservatives Tuesday morning have pointed to the slow service on healthcare.gov and the glitches on the state-based exchanges to suggest that the future of health care under Obamacare will be significantly flawed and inefficient.

"Promise after promise has been broken with higher costs, fewer choices and new taxes," Tim Phillips, president of the conservative group Americans for Prosperity, said in a statement. "There are hundreds, if not thousands, of so-called 'glitches' throughout the country including numerous delays, a failing website, no website in Spanish, and no verification of income."

Mr. Obama, however, reiterated his regular point that nearly every program has glitches during its rollout.

"Consider that just a couple weeks ago Apple rolled out a new mobile operating system," the president said. "And within days they found a glitch, so they fixed it. I don't remember anybody suggesting Apple should stop selling iPhones or iPads or threatening to shut down the company if they didn't."

Coincidentally, the health care exchanges opened on the very same day that parts of the federal government shut down due to a congressional stalemate over a budget bill. Congressional Republicans have refused to authorize any new spending bill that doesn't dismantle or delay parts of Obamacare.

"I'll work with anybody whose got a serious idea to make the Affordable Care Act work better, Mr. Obama said. "As long as I'm president I won't give in to reckless demands by some in the Republican Party to deny affordable health insurance to millions of hard-working Americans."

The president used his bully pulpit to blame House Republicans for the government shutdown, urging them to restore funding instead of keeping federal employees out of work over what he called an "ideological crusade."

"One faction of one party in one house of Congress in one branch of government shut down major parts of the government all because they didn't like one law," Mr. Obama said.

The House and Senate still at an impasse at the Capitol, Mr. Obama appeared to see public pressure as his best path forward. He repeatedly invoked the "Republican shutdown" to make his point crystal clear.

"This shutdown is not about deficits, it's not about budgets. It's about rolling back our efforts to provide health insurance to those who don't have it. This more than anything else seems to be what the Republican Party stands for these days," he said.