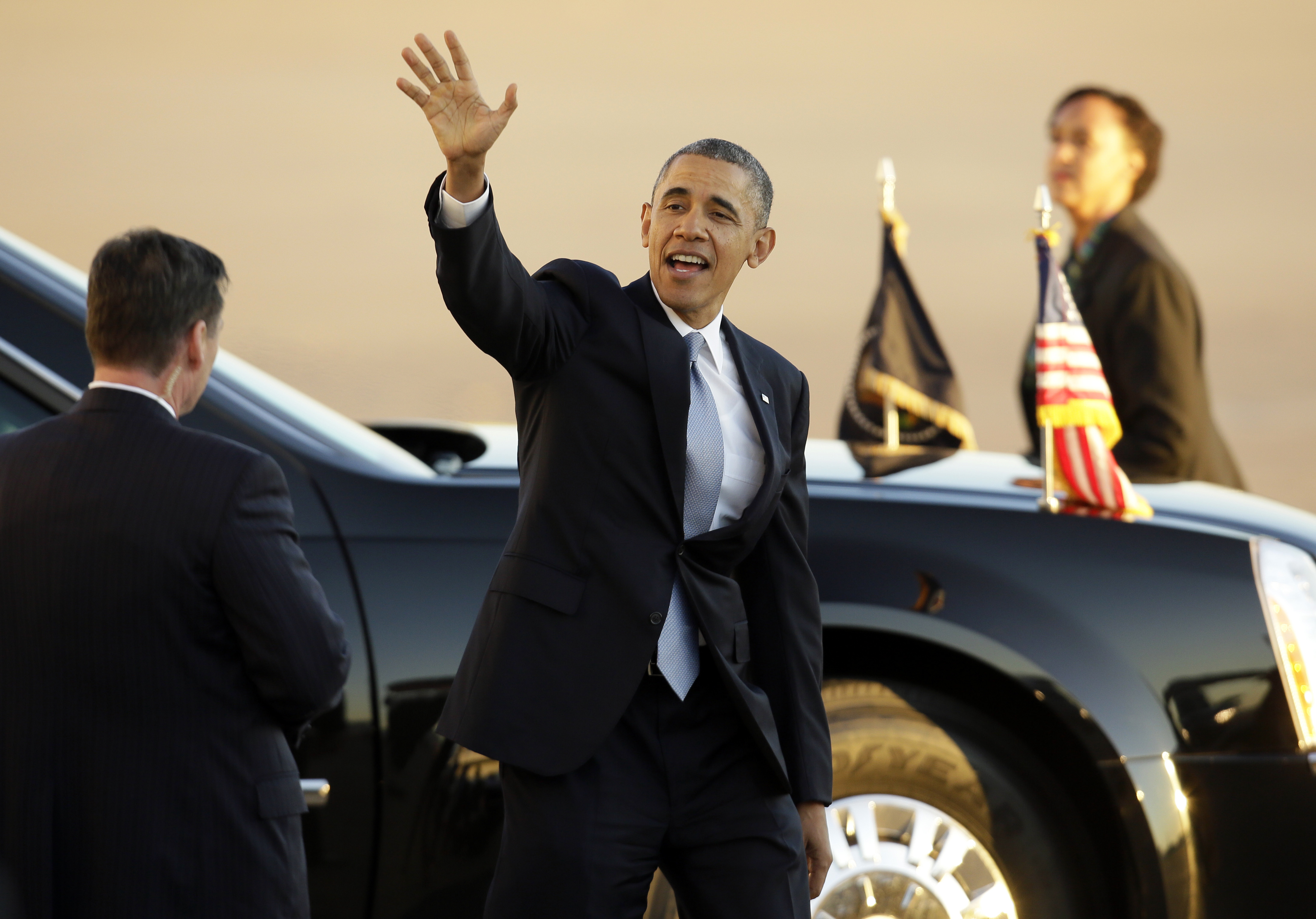 With a trip to Louisiana Friday, President Obama will look to get back on the offensive with other parts of his second-term agenda that have been subsumed by the troubled rollout of the Affordable Care Act.

At the Port of New Orleans, Mr. Obama is expected to talk about ways to boost the economy and job growth through investments in infrastructure and increasing U.S. exports.

"The virtue of investment in infrastructure is that its a double win because you get the immediate effect of building and the jobs created from that and the economic energy and activity created by that, and then the long-term benefit to the economy of improved infrastructure, whether it's ports or airports or roads or highways or bridges," White House Press Secretary Jay Carney told reporters at his briefing Thursday. "There has been bipartisan support for that kind of robust infrastructure investment in the past."

But the push has the potential of opening the president up to further claims he has failed to live up to his promises. A report from the Brookings Institution released earlier this year said U.S. export growth has been strong enough to play a central role in the economic recovery in the U.S., but also said the country is more than $200 billion below Mr. Obama's goal he laid out in 2010 to double exports within five years. Only 12 out of the top 100 metro areas have maintained the 15 percent annual growth rate necessary to meet the goal, the report says, though New Orleans is one of the cities on track, in part because of America's energy boom.

Still, convincing Congress to spend money on infrastructure is a tall order at a time when cutting spending is still a top priority for Republicans. Last month, Sens. Mark Warner, D-Va., and Lindsey Graham, R-S.C., who sit on a committee charged with reaching a budget deal, said that infrastructure spending could be part of a long-term agreement. But even after just one meeting at the end of October, it became clear thatreaching such a dealwould be all but impossible.

Infrastructure spending isn't the only priority that is likely to get shafted this year. The president has been making a renewed push to get immigration reform on House Republicans' agenda this year, though it, too, seems next to impossible. Even Rep. Mario Diaz-Balart, R-Fla., one of the top Republican proponents of reform, told the Washington Post Thursday that "I don't think we're going to be able to do it this year," because of the tight legislative schedule (just 16 days left for the House in 2013).

The rocky rollout of the health insurance exchanges has certainly distracted Mr. Obama from pushing other priorities and instead forced him to play defense yet again on his signature legislative accomplishment.

In an interview with NBC News Thursday evening, the president apologized to those people whose insurance plans had been cancelled even though he had made repeated claims since the law was first written that those who liked their health plans would be able to keep them.

"I am sorry that they are finding themselves in this situation based on assurances they got from me," Mr. Obama said. "We've got to work hard to make sure that they know we hear them and we are going to do everything we can to deal with folks who find themselves in a tough position as a consequence of this."

The administration has been pressed repeatedly over how much they knew about the site's glitches and the incorrect pledge that people would be able to keep their insurance. In recent days, they have gone on offense to promote by the law by publicly pressuring governors whodeclined an expansion of Medicaid under the law. The expansion, the costs of which are borne mostly by the federal government, would cover millions who currently make too much money to qualify for the existing program but don't make enough to receive government subsidies for health insurance on the exchanges.

At an event with supporters of the health care law Wednesday in Dallas, Mr. Obama said, "there's no state that actually needs this more than Texas," he said. And local lawmakers from Louisiana and Florida, which the president will visit later in the day Friday, held a conference call with reporters urging their own governors to expand the program.

"In my opinion, this was a reckless decision that put ideology over what was good for people in our state," said Broward County Mayor Kristin Jacobs of Florida Gov. Rick Scott's decision not to expand the program.