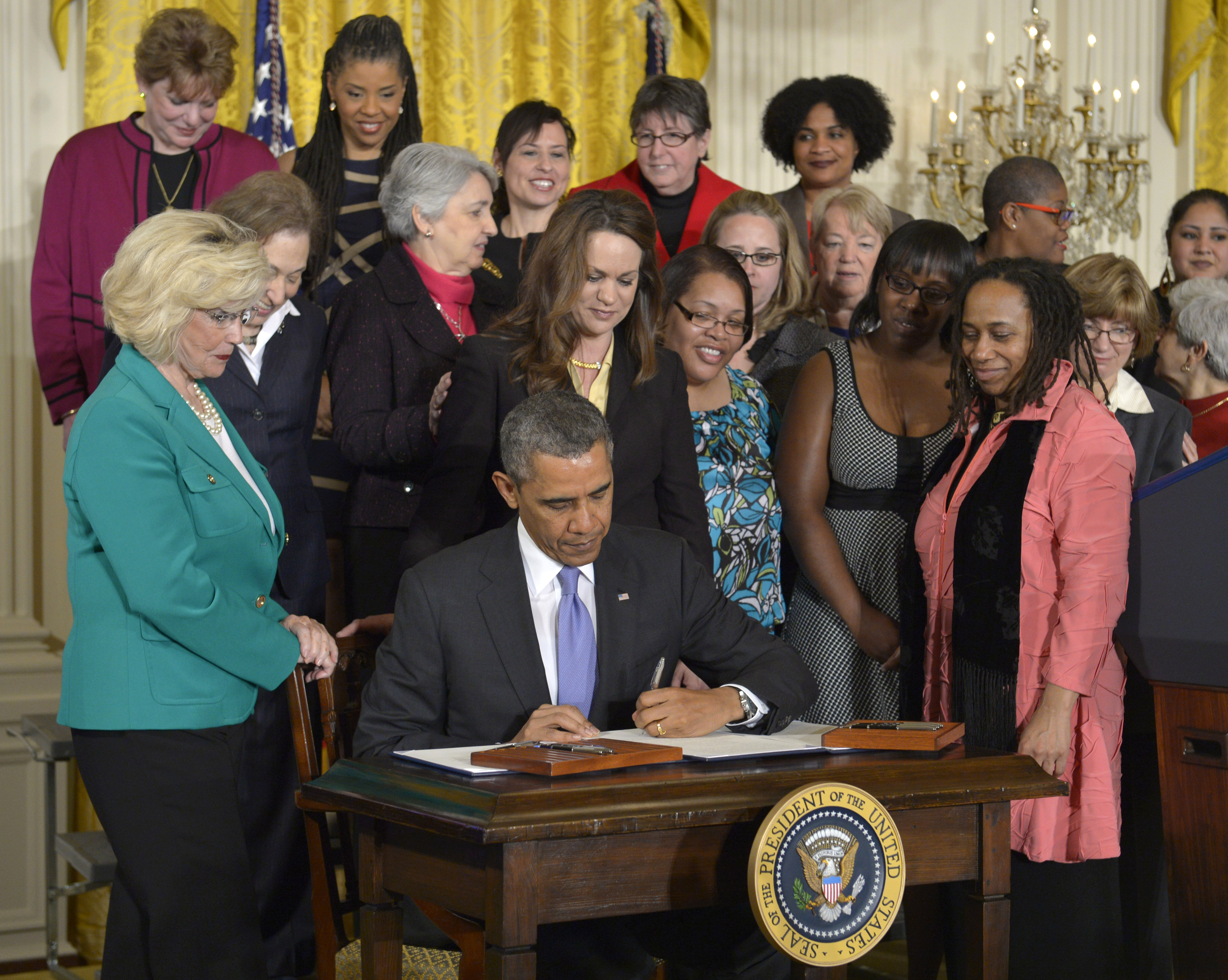 President Obama prodded Republicans to support paycheck fairness legislation in the Senate Tuesday, following his own executive orders that he says will help reduce the pay gap between men and women.

The president was marking Equal Pay Day with a speech meant to mobilize women voters and put the GOP on the defensive ahead of the midterm elections. The Democrats have planned an agenda focused on pocketbook issues to send a message to lower- and middle-class Americans that they have their best interests at heart.

At the event in the White House, he signed two executive orders that will affect the federal workforce. One will prohibit employers from retaliating against employees who discuss their salaries, while the other will mandate that the Labor Department collect data on the compensation for federal contract workers, organized by race and sex. The two orders will help make it easier for women to earn the same as men, the president said.

Republicans have taken issue with both the widely-repeated White House statistic that women earn just 77 cents for every dollar that men earn, as well as the president and the Senate's proposed changes.

Moreover, the White House has found itself in hot water over a study by the American Enterprise Institute found that female staffers in the White House earn 12 percent less than men, on average, or 88 cents on the dollar.

The White House defends the statistic by pointing to job experience, education and hours worked - factors that are not accounted for in the national average touted by the president, which Republicans quick to note. The Labor Department has said that when those factors are taken into account, the median wage gap shrinks to five to seven cents, CBS News' Major Garrett reported.

Republicans are quick to point out what they see as hypocrisy. "Why is the White House judged by one standard and the rest of the country by another?" the RNC memo asked.

They argue that the two executive orders and the Paycheck Fairness Act is anything but good for women because it inserts the government into compensation decisions.

"This election-year ploy would actually hurt women by increasing federal regulations that would cut flexibility in the work force for working moms and end merit pay to reward quality work," Sen. John Thune, R-S.D., said on the Senate floor Tuesday. "If Democrats were really serious about helping women, they would work with us on bills to create jobs and to expand workplace opportunities for women and for men as well."

As an alternative, he highlighted several measures offered by Republican senators -- many of which had passed the House -- including a repeal of the 30-hour workweek rule in the Affordable Care Act and a bill to give hourly workers access to flexible work arrangements.

But Senate Democrats have continued full steam ahead with the Paycheck Fairness Act, sponsored by Sen. Marbara Mikulski, D-Md. They hope to begin debate on the bill Tuesday, but with the extent of Republican opposition to the bill, it is unlikely to secure enough votes to overcome a filibuster.

"Why do we need this bill? We find that they continue to invent reasons not to pay us or to stop us from knowing what we're paid," said Mikulski in a press conference Wednesday. " The Paycheck Fairness Act will end paycheck secrecy. You have a right to know what others in the workplace get paid. It's going to end employer retaliation."