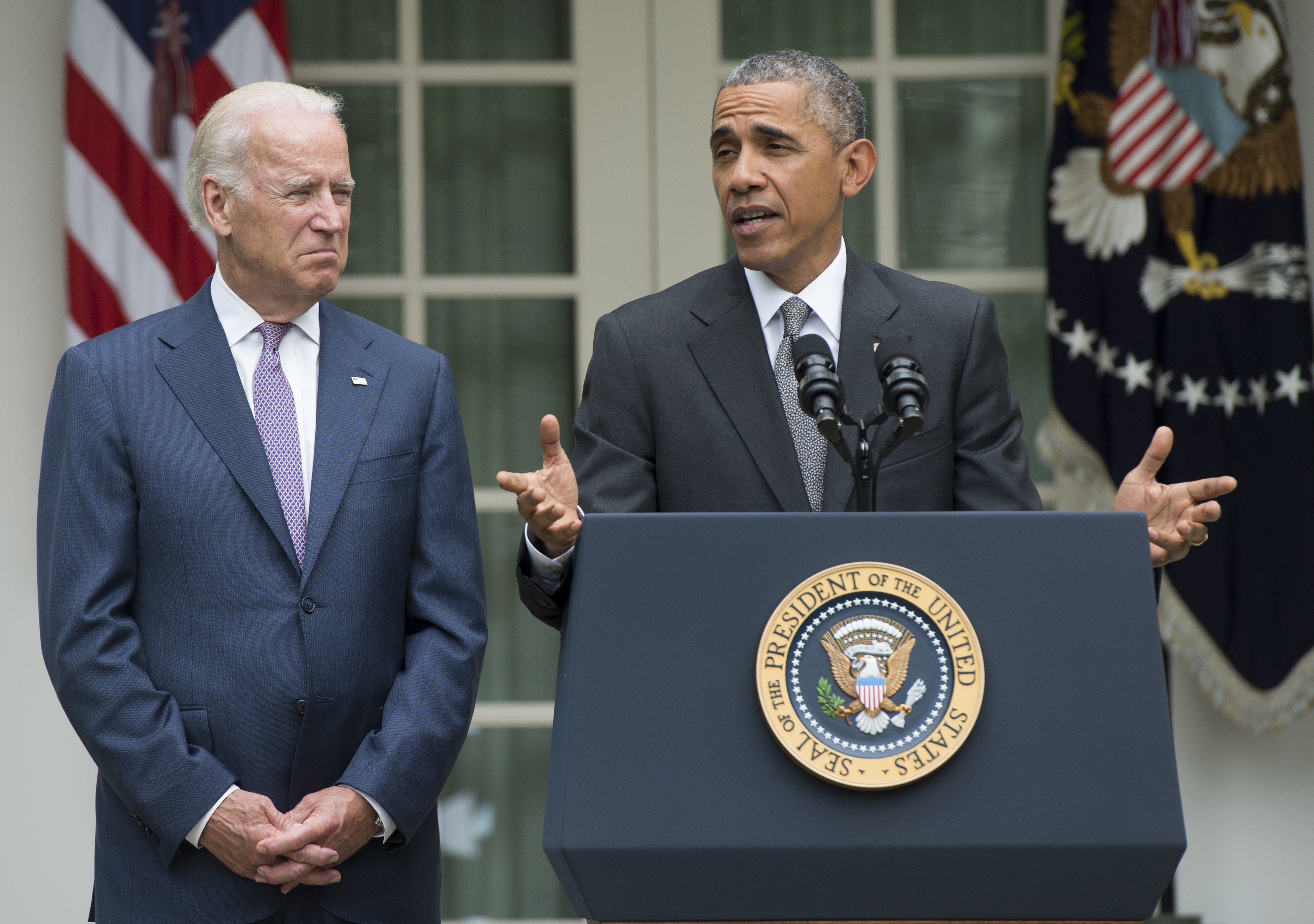 President Obama commended a Supreme Court ruling that upheld a major portion of the Affordable Care Act on Thursday, hailing the decision as a vindication of his push for health care reform - and a clear signal to the law's opponents that it's time to give up the ghost.

"As the dust has settled, there can be no doubt this law is working," the president said in a brief speech from the White House Rose Garden. "After multiple challenges to this law before the Supreme Court, the Affordable Care Act is here to stay. This morning, the court upheld a critical part of this law - the part that's made it easier for Americans to afford health insurance no matter where you live."

If the court ruled against the law, the president said "insurance would become unaffordable again" for many Americans.

"America would have gone backwards," he said. "That's not what we do."

Brandishing data on cost reductions and coverage expansion, the president asserted no fewer than six times that the law is "working" as intended.

"This is not a set of political talking points. This is reality. We can see how it is working. This law is working exactly as it's supposed to. In many ways, this law is working better than we expected it to," he said. "Five years in, this is no longer about a law...This is healthcare in America."

The president said Obamacare is expanding coverage at a rapid clip, bringing the uninsured rate in America to the lowest mark "since we began to keep records. That is something we can all be proud of."

He also argued the law is slowing the growth of healthcare costs, allowing employers to begin pouring money into raising wages instead of absorbing ever-increasing insurance premiums.

And he suggested he'd continue pressuring states that did not expand Medicaid under the law to do so, saying there are millions of Americans still missing out on the law's benefits.

At the end of his remarks, the president framed Obamacare in historical terms - the latest expansion of a social safety net that was first stitched three generations ago with the creation of Social Security and then strengthened two generations ago by the passage of Medicare.

"This generation of Americans chose to finish the job," he said. "To close the books on a history where tens of millions of Americans had no hope of finding decent, affordable health care."

"We chose to write a new chapter," he concluded. "This was a good day for America. Let's get back to work."

The president, despite his apparent delight, was not entirely sure what the outcome of the case would be. CBS News correspondent Julianna Goldman reports that Mr. Obama's chief speechwriter, Cody Kennan, had prepared an additional speech for Mr Obama's in case the Supreme Court ruled the other way. That speech has now been filed in Keenan's "Concession Speeches" folder and is signed by the President: "Didn't need this one, brother!"

In his remarks, Mr. Obama urged Republicans to cease their efforts to destroy the law and instead work with him to fix its flaws. But if the early GOP reaction to Thursday's ruling is any indication, that plea will likely fall on deaf ears.

Many in the GOP accused the justices of legislating from the bench, ignoring the written text of the law and legislating from the bench. Nearly every Republican candidate for the presidency in 2016 called for the law to be repealed and replaced in his or her reaction to the court ruling. Many of them are already sending fundraising solicitations pegged to the decision.

That kind of activity is a sure signal that, much as Mr. Obama would like to close the book on the political fight over Obamacare, the debate over the health care law will be around for at least one more election cycle.