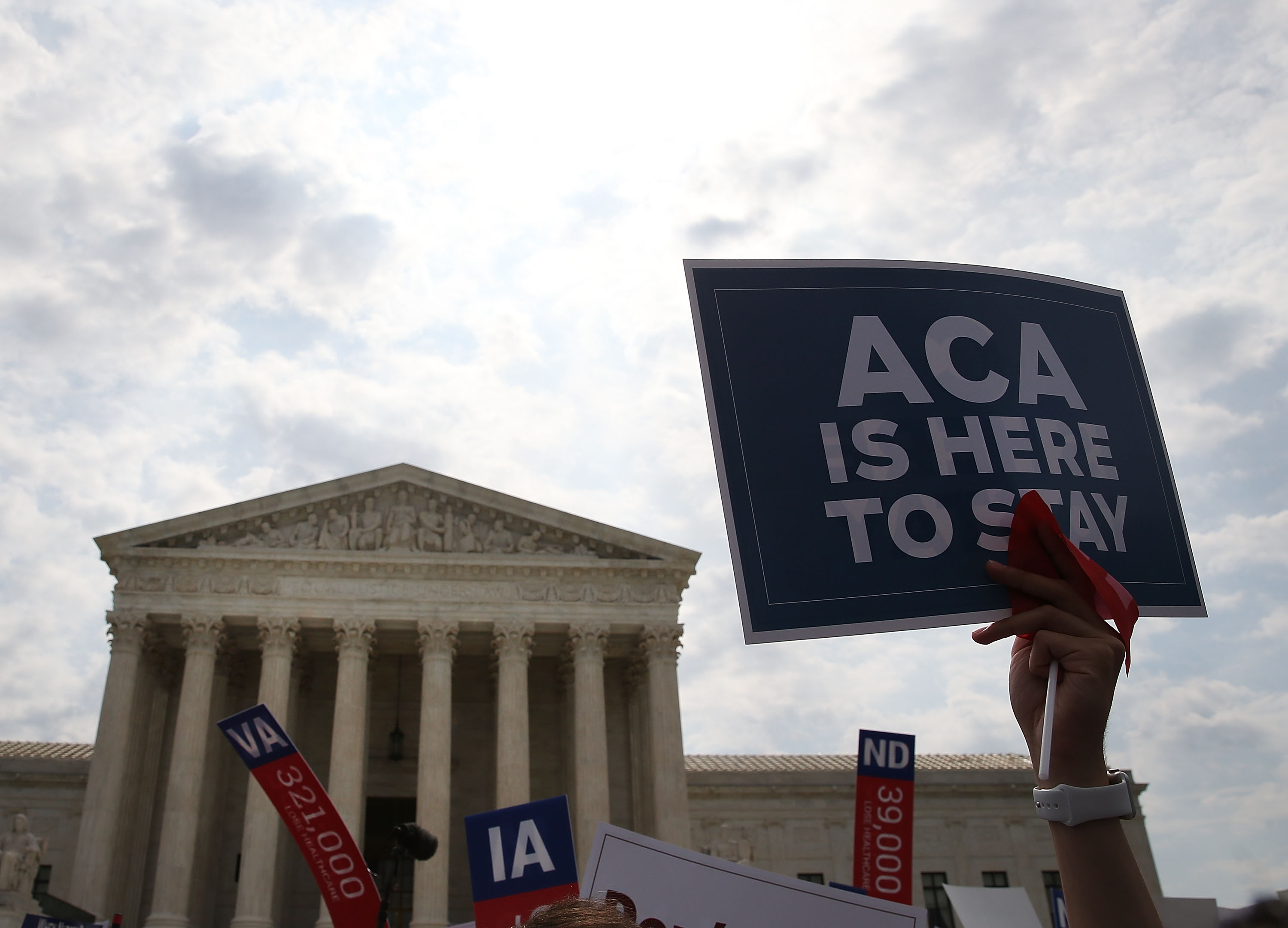 President Obama and other Affordable Care Act supporters can breathe a sigh of relief: The Supreme Court has rejected a lawsuit that would have barred millions of Americans from receiving tax credits to help them pay for insurance.

"Congress passed the Affordable Care Act to improve health insurance markets, not to destroy them," Chief Justice John Roberts wrote for the majority. "The Act clearly contemplates that there will be qualified individuals on every Exchange."

Had the court sided with the plaintiffs in King v. Burwell, more than 6 million Americans in 34 states that rely on the federal marketplace would have lost subsidies. Health care industry experts predicted the disruption in the insurance market could have caused premiums to skyrocket for the remaining customers, causing more and more people to drop their insurance in what's referred to as a "death spiral."

The justices in the majority seemed keenly aware of the impact a ruling in favor of the plaintiffs would have had.

"The tax credits are among the Act's key reforms, involving billions of dollars in spending each year and affecting the price of health insurance for millions of people," Roberts wrote. "Whether those credits are available on Federal Exchanges is thus a question of deep 'economic and political significance' that is central to this statutory scheme."

The case hinged on the court's reading of one line in the Affordable Care Act. Section 1311 of the law says the federal government will give subsidies to eligible consumers who buy insurance from an exchange "established by the State." The plaintiffs argued that, consequently, consumers in federally-run marketplaces were ineligible for tax credits. However, lawmakers from both sides of the aisle have said it was never their intention to limit the tax credits to state-run marketplaces.

Roberts seemed ready to give those lawmakers a pass for this one poorly-drafted line in the law.

"The Affordable Care Act contains more than a few examples of inartful drafting," he wrote. "Given that the text is ambiguous, we must turn to the broader structure of the Act to determine the meaning."

In his feisty dissent, Justice Antonin Scalia charged the justices in the majority of "interpretive jiggery-pokery."

Rather than calling the sweeping health care law Obamacare, Scalia wrote, "We should start calling this law SCOTUScare."