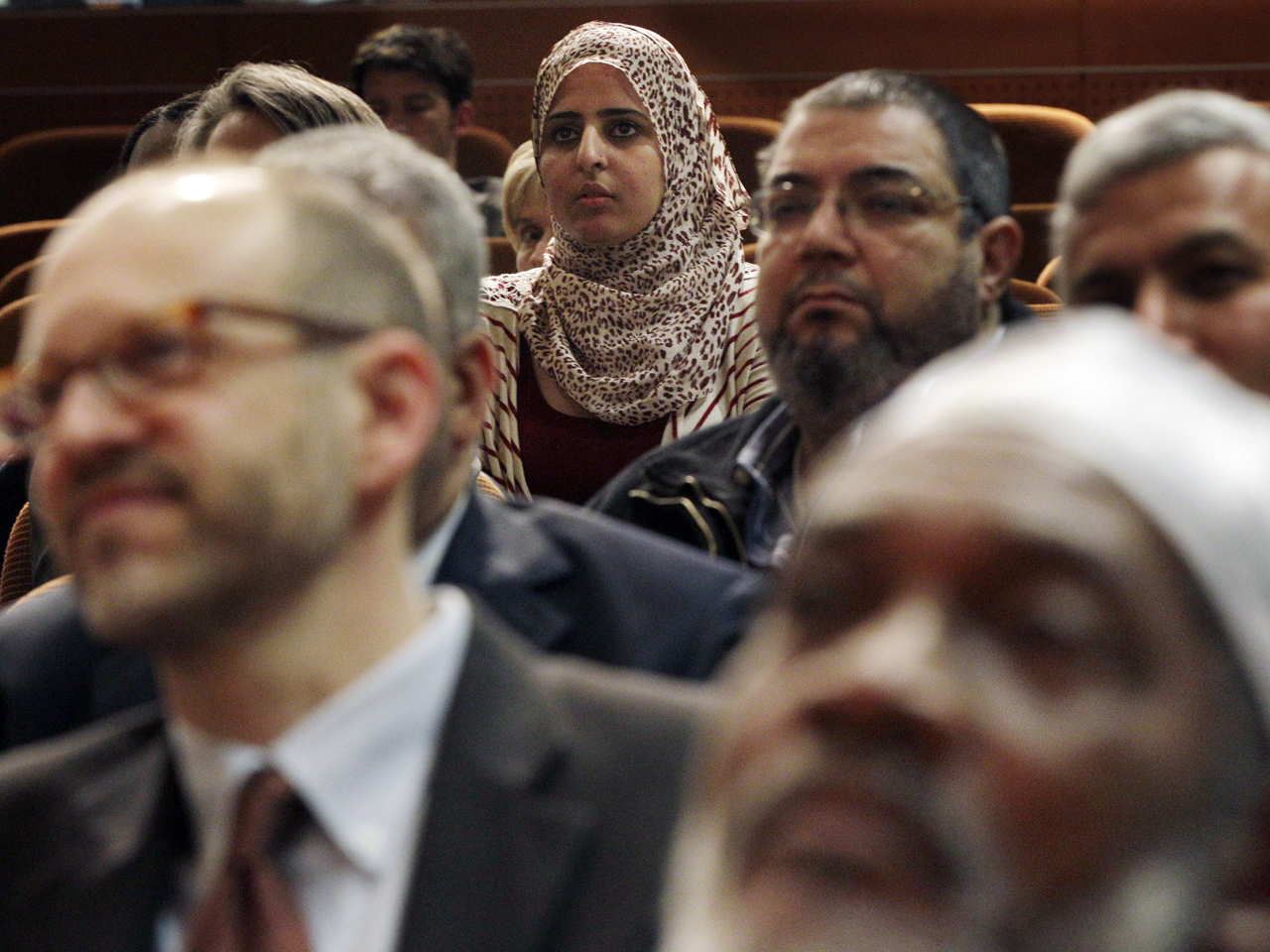 (AP) NEW YORK - The New York Police Department kept secret files on businesses owned by second- and third-generation Americans specifically because they were Muslims, according to newly obtained documents that spell out in the clearest terms yet that police were monitoring people based on religion.

The NYPD has faced intense criticism from Muslims, lawmakers and even the FBI for widespread spying operations that put entire neighborhoods under surveillance. Police put the names of innocent people in secret files and monitored the mosques, student groups and businesses that make up the Muslim landscape of the northeastern U.S.


New York Mayor Michael Bloomberg has defended his department's efforts, saying they have kept the city safe, were completely legal and were not based on religion.

In late 2007, however, plainclothes officers in the department's secretive Demographics Unit were assigned to investigate the region's Syrian population. Police photographed businesses and eavesdropped at lunch counters and inside grocery stores and pastry shops. The resulting document listed no threat. And though most people of Syrian heritage living in the area were Jewish, Jews were excluded from the monitoring.

"This report will focus on the smaller Muslim community," the report said.

Similarly, police excluded the city's sizable Coptic Christian population when photographing, monitoring and eavesdropping on Egyptian businesses in 2007, according to the police files.

Many of those under surveillance were American-born citizens whose families have been here for the better part of a century.

"The majority of Syrians encountered by members of the Demographics Unit are second- or even third-generation Syrian Americans," the Syrian report said. "It is unusual to encounter a first generation or new arrival Syrian in New York City."

The Demographics Unit was conceived in secret years ago as a way to identify communities where terrorists might hide and spot potential problems early. If the plainclothes officers, known as "rakers," overheard anti-American sentiment or violent rhetoric, they flagged it for follow-up investigation.

If police, for example, ever received a tip that an Egyptian terrorist was plotting an attack, investigators looking for him would have the entire community already on file. They would know where he was likely to pray, who might rent him a cheap room, where he'd find a convenient Internet cafe and where he probably would buy his groceries.

As a result, many people were put into police files, not for criminal activities but because they were part of daily life in their neighborhoods. Shopkeepers were named in police files, their ethnicities listed. Muslim college students who attended a rafting trip or discussed upcoming religious lectures on campus were cataloged. Worshippers arriving at mosques were photographed and had their license plate numbers collected by police.

The Demographics Unit is one example of how, since the 2001 terrorist attacks, the NYPD has transformed itself into one of the most aggressive domestic intelligence agencies in the country, operating with little oversight and in areas outside the city such as New Jersey.

Bloomberg and the NYPD said the programs are legal. On Thursday, the mayor said: "Let me tell you this, New York City will continue, consistent with the Constitution of the United States, federal, state and city laws to protect the people from our region."

And although civil rights lawyers disagree, the legal question isn't expected to be settled soon. In the meantime, the NYPD has become a flashpoint in the debate over the balance between civil rights and security.

U.S. Attorney General Eric Holder told Congress on Thursday he was disturbed by what he's read about the NYPD's surveillance of mosques and Islamic student organizations in New Jersey. "And these are things that are under review at the Justice Department," he said.

Police said they can't afford to become complacent or ignore the reality that Islamic terrorists carried out the 2001 attacks and others. If Muslim neighborhoods feel unfairly singled out, however, it could reinforce the perception that the United States is at war with Islam, which al Qaeda has used as a major recruiting pitch.

Since the AP began reporting on these efforts last year, Bloomberg and the NYPD have offered varying explanations for the clandestine efforts.

For instance, after Moroccans were involved in terrorist attacks overseas, the NYPD photographed and eavesdropped in New York businesses where Moroccans might work, shop and eat.

Asked during a City Council meeting in October whether the NYPD maintained similar documents for Irish and Greek neighborhoods, Kelly replied: "We don't do it ethnically. We do it geographically."

Bloomberg echoed those comments in December.

The AP has since obtained documents outlining NYPD efforts to monitor Albanians, Egyptians and Syrians. Each report focused specifically on ethnicity.

In the case of the Egyptians and Syrians, the reports explicitly focused on Muslims. The Albanian report mentions Albania's diverse religious composition but police only photographed and mapped mosques for the report. There was no indication that criminal leads prompted any of the reports.

In a recent interview on WOR radio, Bloomberg acknowledged for the first time that police were not only following leads and at times conducted these operations without any indications of criminal wrongdoing.

The Damascus Bread and Pastry Shop in Brooklyn, where judges and lawyers from the nearby federal courthouse frequently dine on fresh baklava and rugelach, was listed in police files with other businesses that the NYPD described as "Syrian Locations of Concern." Police noted that the building is owned by a Syrian family, adding: "This location mostly sells Middle Eastern pastries, nuts, foreign newspapers and magazines."

"If they want to check on Damascus Bakery, why not, let them check," said Ghassan Matli, 52, when showed the police documents.

But like many whose businesses were monitored, he said he wishes the NYPD would stop by and talk to him so it would get its information right. The people who owned the store at the time of the report, for instance, were the grandchildren of Syrian immigrants. They had been raised as Catholics.

"If they need help, I will help them," said Matli, who is a Christian. "This is the last country we can go to for freedom and to live in freedom. So if they want, why not? Let them check."